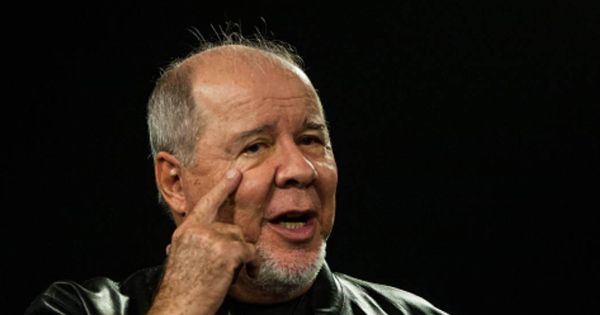 Twenty years late, I decided to read Duda Mendonza’s book, Casos e Melhores, published in 2001, when he had just been hired by PT to advertise the party. Later, he is known to run a campaign that resulted in Lula being first elected president in 2002.

Even though the book is old, social media frenzy, it contains lessons in political marketing that remain relevant, as well as tasty stories, behind-the-scenes politics, and childhood memories, as if it were a great chronicle, light and well-written.

Duda said that the first thing he did when he started the campaign was to carefully study his candidate: “His manner of speaking, his demeanor, his typical gestures, his favorite phrases, adjectives that he uses most often, etc. These are, apparently, little things, but they can never be changed: he is, and he must remain so. If you try to change a candidate, he will cease to be who he is and can never be who you want him to be. “

Political marketing is commonly criticized for converting candidates into a well-packaged product like soap. But it’s one thing to make small adjustments to the image. Another, very different, general reform: “There are people who change everything from hair color to how they dress, to how they express themselves, demoralizing citizens. This is not marketing, this is sheer madness. “

Duda was famous in the 2002 campaign to create the “Lulinha paz e amor” figurine. In the book, he talks a little about these behind the scenes. One of his innovations in the PT campaign was that Lula just smiled. Before that, he always seemed very serious, almost angry. And in fact, in personal communication, Lula has always been a sympathetic figure – regardless of the results of his administration, his charisma is undeniable, so much so that today he ranks well in opinion polls.

Since the book was launched even before the creation of Facebook, which appeared in February 2004, the book stands out as a big bargaining chip for the campaign on television, which has gained relative weight, especially after victories such as Bolsonaro in 2018. , relying mainly on powerful content distribution technology (which is not always the case) on networks.

But television remains important, and on both television and networks, a candidate cannot do without a well-defined communication strategy. “There is no politician with an executive or legislative function who can do without good communication advice. This is the first rule. And when I talk about the public relations team, I broadly mean a group that includes press relations, public relations, advertising and marketing, ”says Duda, naturally defending his own interests, but not without reason.

Died 16 August last year at the age of 77 Duda Mendonça was a Brazilian advertising genius. He was the subject of lawsuits while paying his monthly allowance and gasoline, he was investigated by Lava Jato, he became an STF defendant, and even made an award-winning statement that was approved by the Supreme Court. Something awesome for anyone who has gone through episodes like this one below.

In 1992, he was just hired to lead (finally the winner) Paulo Maloof’s campaign for the city of São Paulo. They were all at the meeting when Duda Mendonza’s accounting department called and said that there was an error in the down payment. “Dude, don’t even continue. Here, the agreement is being respected literally. If there was a mistake, it is definitely yours, ”the adviser said.

“I like correct, clear, direct things,” the advertiser explained. “My accounting department said you were wrong. We were paid the same installment twice. I just want to know who I am returning the money to. ” Everyone in the room lost their voice.

Dudley was a spiritual man. In August 1999, he decided to travel to the Camino de Santiago de Compostela with his son Alexander. Once there was some kind of lighting. I write down a summary: “I was not happy, but I was not sad either. No thoughts. Just a strange feeling of freedom, peace and well-being. For the first time in my life, I realized what I was looking for. It was not called happiness. His name was world. Then I started crying so much that I scared my son. “

Finding success can also jeopardize your happiness because it means giving up your personal life to devote yourself to business, he said. I finished reading the book and thought: hey, I would like to have a beer and talk to this guy. Now it doesn’t work anymore. But there is a book, and it is worth reading. Even with a delay of 20 years.

This text does not necessarily reflect the views of A Gazeta.

If you notice incorrect information in our content, please click the button and let us know so that we can correct it as soon as possible.

See also  Once he is there, and the other time he is not
Continue Reading