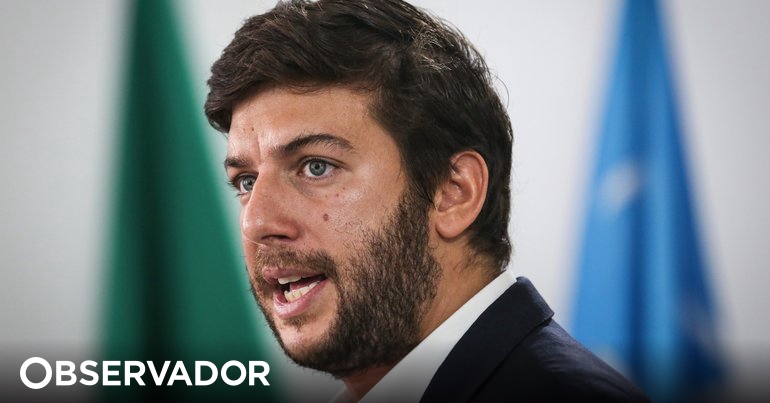 The CDS-PP called this Thursday a meeting of the National Political Commission, the party’s broader governing body, “urgently” to “analyze the political situation in the party and country,” an official told Lusa.

“At the end of the day on Wednesday, this Thursday, an emergency meeting of the CDS-PP National Political Commission was convened at the national headquarters of the party at 21:00 with a single item on the agenda: analysis of the political situation in the party and country“, – said the source, in writing.

CDS-PP President Francisco Rodrigues dos Santos acknowledged that the party’s convention could be postponed if the state budget for 2022 (OE2022) is not met, as confirmed on Wednesday.

“The CDS has its own bodies that are competent to assess the dynamics of their own political calendar, and if this happens, it will be a discussion that will definitely open in our party,” Francisco Rodrigues dos Santos said on October 14.

The 29th CDS-PP Congress is scheduled for November 27 and 28.

CDS leadership candidate and MEP Nuno Melo wrote this Thursday morning on Facebook: “Anyone who wants to avoid the militant vote at the convention he asked for, fearing eventually losing him after the pride of someone crushing other alternatives, will have neither legitimacy nor self-respect, representing CDS in the legislature before the country. “

“And whoever wants to come to the polls in late January or early February, while his term has already expired, loses all the idea of ​​the sense of democracy that CDS helped to establish in Portugal,” he concluded. …

On Wednesday, the Assembly of the Republic broadly ditched the state budget for 2022 (OE2022), voting against PSD, BE, PCP, CDS-PP, PEV, Chega and IL, setting the stage for early legislative elections.

PS was the only party to vote for the budget proposal, which earned the abstinence of the PAN and two unregistered MPs, Joacine Qatar Moreira and Cristina Rodrigues.

Before the vote, the president of the republic, Marcelo Rebelo de Sousa, had already warned that in the face of the OE2022 initiative, he would begin “shortly after the process” of dissolving parliament and calling early legislative elections.

A few hours later, Marcelo met with Prime Minister Antonio Costa and Speaker of Parliament Ferro Rodrigues at the Belém Palace in Lisbon.

The anticipated legislative acts must take place within 60 days of the dissolution of parliament and must be scheduled concurrently in accordance with article 113 of the Constitution of the Portuguese Republic.

To dissolve the Assembly of the Republic, the President must hear the parliamentary parties, which is happening on Saturday, and the Council of State, which meets on Wednesday.

See also  Was the massacre of Aracruz politically and ideologically motivated?