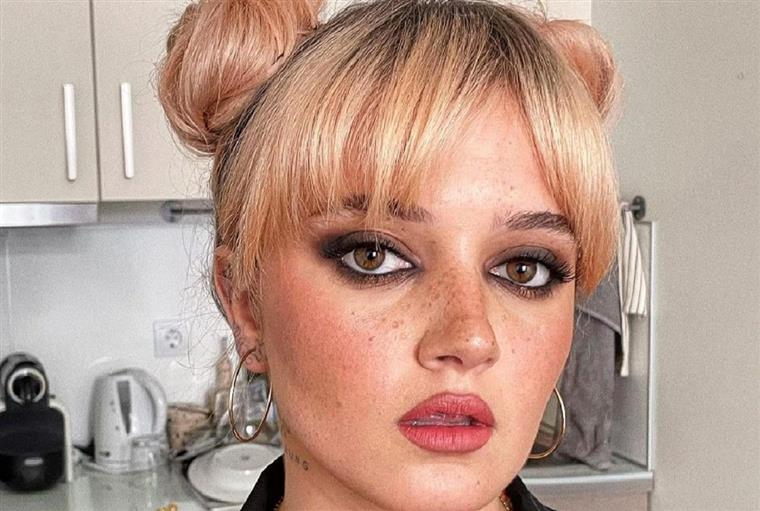 Carolina Deslandes took to social media to denounce the fact that she was robbed and allegedly mistreated last Thursday at the Hot Five bar in Porto, where she went to play a concert with Irma.

“Yesterday I went to sing at the Hot Five, a jazz club in Porto, in Boavista, with Irma, for free. I followed my friend, ”he began with the singer, who highlighted the fact that she had never complained about service or abuse at concerts in nearly a decade of her career.

“I came to the rehearsal at the concert hall and put my things on the chair. I rehearsed the sound and then we did our makeup and hair in the bathroom. I told Irma that I would not take my things, but leave them there. [na sala]… The club was closed, the doors hadn’t opened yet, and there was a bathroom 25 steps from the room. There was no one there, ”he explained.

“I have makeup, my hair, the teams are returning from dinner, Irma and I didn’t go because we were preparing for the concert, and I’m starting to ask for my things,” she said, stressing that it was at that moment. that she missed your coat, sneakers and suitcase.

According to the singer, at that time the owner of the premises offered to show images from surveillance cameras, which took several hours. “If an artist is robbed in my house and I say that I have surveillance cameras, what should I do: before I put anyone in there, I will check the cameras to see if it was a robbery or what happened. Also because I had ATM cards inside, and I had to know whether I needed to cancel them or not, ”he stressed.

“It took almost two hours to get to the security cameras when it comes to realizing it was a robbery. Someone walked through the door on the side of the room that was open – yes, Irma’s team left it open – but you have to understand that in order to get to this door, you had to go up through the four-meter gate, which was closed by the car and go down the hallway. Someone should have guessed that this door could be open and would risk climbing through the gate, ”he said.

“In my opinion, all this is deeply far-fetched,” he said.

“When I go to watch the video, I see a person who calmly enters the room, the room where there were expensive guitars, where there were thousands of things, looks at the coat, suitcase and sneakers and takes it with the greatest Calmly,” said the singer, who shared video of the robbery.

“I wonder: is it really a person who climbs the gate, catches a crack in an open door, wants to steal something? Will you have the peace of mind of a person walking in the park? I didn’t like this story, but it was a concert of my friend, and I didn’t want to spoil it, ”she admitted.

According to the artist, the situation has really worsened. “The concert ended, I was with a group of four, I stayed there for a few drinks, talk, commenting on my disappointment at being robbed. I thought this story was poorly told. Tomorrow I will go to the police, and if they find the same thing, they will investigate, ”he recalled.

“Several times I passed the owner of the house, and he did not say a word to me. My belongings have been stolen from his house, and there is nothing like: “Carolina wanted to apologize to you, it didn’t happen, it was bad luck,” or is preparing to call the police, “he said.

See also  Charlene from Monaco gives her first interview after her third surgery and talks about her children.

“We went to the door, they handed over their cards, and I had no card because I had been there since noon, I was there and sang, and no one gave me the cards. We paid the bill for the consumption card, which was still a good bill, and he stands behind the cashier, watching us pay the bill, talking about what happened, ”he recalled, regretting what happened next.

“If it weren’t for when the employee who was next to him when we paid the bill runs after us to the end of the street. “I’m sorry, but I have to make sure you all gave me the cards.” He sent the girl to fetch us to see if we had all paid, if anyone had escaped. This in itself is insulting to me, now I just paid the bill in front of you, I pass the cards in front of you, it was not a five minute affair, are you listening to me and sending your employee after me to the street after being hit there? Why didn’t you talk to me? That you didn’t call the police? I am still accused of stealing, that’s what I needed. Then it affected my mental health, ”the singer said, explaining that she returned to convey a message to the owner of the premises.

“What happened here is unacceptable from the first moment. I got robbed, don’t call the police, don’t help, don’t say anything […]… You have been negligent. This robbery video is very poorly narrated. […] Aren’t you ashamed? “- he recalled.

According to the singer, the owner offended her before the complaints, and in the end she described what happened in the book of complaints.

“I spoke loudly, I was quite legally nervous, the situation was unpleasant for me because I was ready to go home. […] I shouted at this man and he never apologized, ”he said. “In 10 years of my career, nothing like this has ever happened to me,” he concluded.

Meanwhile, the owner of the establishment told his version of the facts to Jornal de Notícias and said that he had a “clear conscience.”

“At 4:30 pm, I opened the door and handed over the keys to the production workers. When they went out to dinner, someone accidentally left the stage door open and then everything disappeared. When I arrived at 9 pm, there were already a lot of people at the door and inside they were looking for Carolina’s things, ”said Alberto ndio, who also states that“ it was Irma’s road manager who asked not to see the images before the concert. because Carolina could be nervous and didn’t want to act anymore. “

According to the businessman, he had already filed a complaint with the police, as “the robbery was documented.”

Alberto ndio even denies not speaking to the artist, but admits there was a problem with consumer cards. “She was with four friends and they only paid for three cards,” he said. “But I wasn’t even in the box, contrary to what she says,” he says.

Prior to Alec Baldwin’s fatal shot, at least two other shots fired alarm bells on the Rust crew.

Daughters Angelina Jolie and Salma Hayek shone at the event

See also  Charlene from Monaco gives her first interview after her third surgery and talks about her children.
Continue Reading