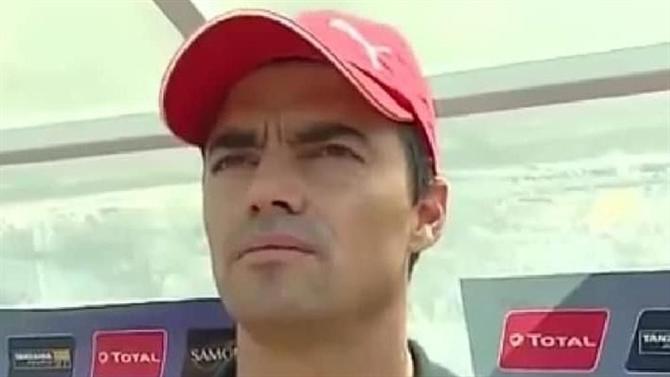 The vice-president of the Federation dispelled doubts about the fate of the breeder. The Football Federation of Angola (FAP) has guaranteed the succession of Portuguese coach Pedro Gonçalves, who leads the Angola football team.

The information was provided by FAF Vice President Jose Carlos Miguel, who also said that although Angola’s qualifications for the 2022 Qatar World Cup were compromised, the work designed by Pedro Gonçalves provides guarantees for the future.

“The FAF board has no plans to get rid of Professor Pedro Gonçalves despite the fact that we do not have good results on the field, but in terms of adding new players and restructuring the team, we believe that the work“ And this gives us guarantees of a better future, so we we will continue the work developed by Professor Pedro Gonçalves, ”he said.

The confirmation came a few days after speculation that the FAF intended to terminate the coach’s contract over qualifying results for the 2022 World Cup in Qatar.

In truth, Pedro Gonçalves made history by taking the U-17 team to the World Cup in Brazil. From his team came Angolan footballers who made their dream of going to Europe come true: Domingos Andrade (Sporting U-23), David (U-23 Sp. Braga), Capita (Lille U-23), Zito (Cagliari, Italy, on loan). at Cosmo) and Abdul Bari (U23 Leixões). After working for Academia do Sporting for several years, the coach took over the team in 2014, where he signed a contract with 1º de Agosto.

Now in 13 games for the Angola national team, the Portuguese coach has won five, lost seven and one draw (13 goals scored and 13 conceded).

In the race for the World Cup, Angola has three points in four games and is last in Group F, Gabon is third with four, Egypt leads with 10 and Libya is second with six.

Pedro Gonçalves and Celesao return to their November 11 game in Luanda against Egypt, which they lost 1-0 in the first round, and end the group stage three days later when they visit Libya, which they also lost. in the second round with the same result.

See also  Marcelo identifies East Timor as a "geopolitical bastion" with a "recovery of the Portuguese language".