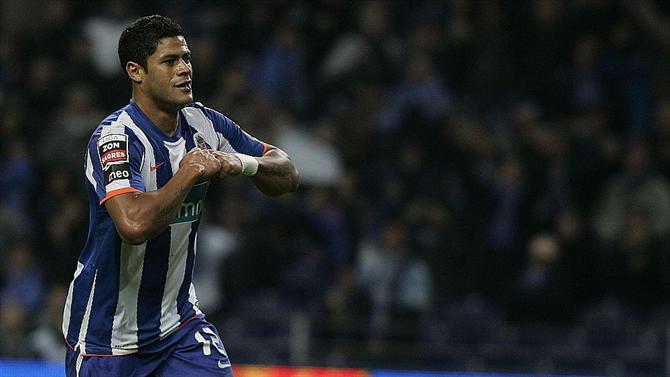 Brazilian striker Hulk recalled the reason why he moved to Porto in 2008, when he had an offer from Atletico Madrid.

“When I was at Vilanovens, I was taken to the Porto match. When I entered Estádio das Antas, the stands were full. He said that one day he will play there and go down in the history of this club. And when I received an offer, I remembered that moment. I was destined to wear the FC Porto jersey, ”says the Brazilian striker, recalling that he had the opportunity to choose between dragons and Atlético Madrid:“ Atletico is a club respected all over the world, a great team, but I chose FC ” Porto “and made the right choice.”

FC Porto was my gateway to the world of football, it gave me fame and made me recognizable and respected. I started my career at Vitoria da Bahia and then left for Japan. I came to Porto at the age of 22 and this was one of the most important stages in which I played. Little was known of me, and in a short time I won a place and respect at the club and in the country, playing in the Champions League and made history with Porto. I really love this club. It’s nice to be among the top eleven institutions with over 120 years of history, ”he added.

Now beaming with Atlético Mineiro’s jersey, Hulk was asked if he plans to return to European football: “I have been at Atlético for eight months and it looks like I arrived yesterday. I feel good here. It’s nice to come back to my country after 16 years and do a good job at the club that opened the doors for me. Now I don’t see myself in another club. But you never know what will happen tomorrow and whether I will play again in Europe. “