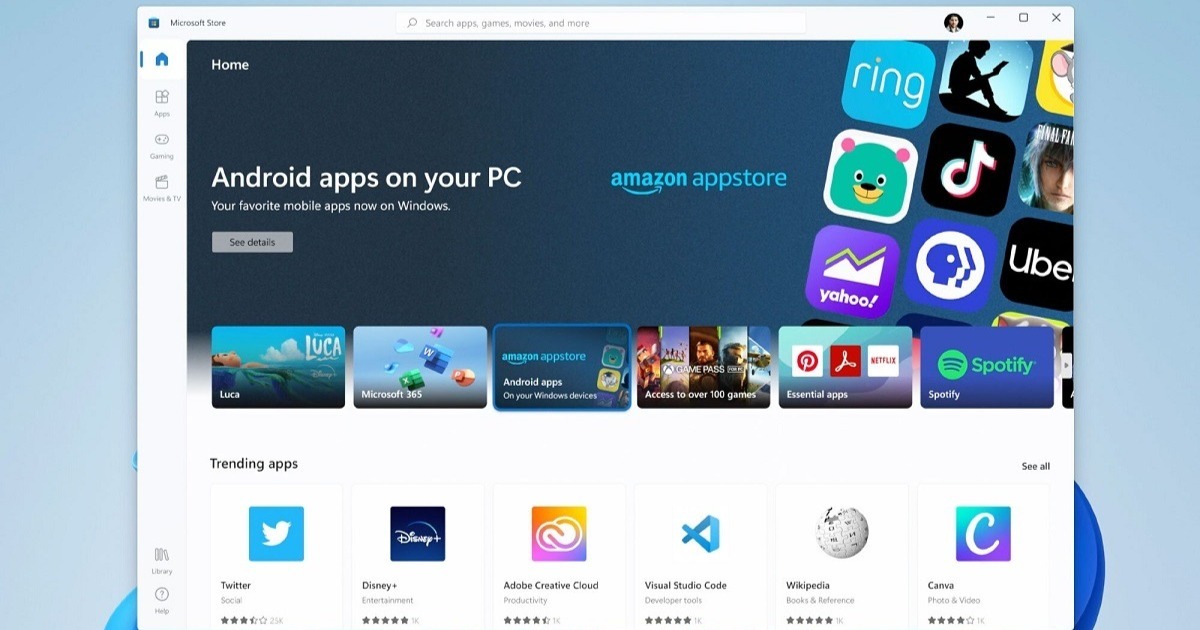 Microsoft announced yesterday the official release date for Windows 11. In fact, starting October 5, all compatible computers will start receiving the new version of the operating system for free.

Following this announcement, the American company detailed the release of Windows 11. However, not everything you can read on its official blog is good news.

Windows 11 will arrive without support for Android apps

The day Windows 11 becomes available to users, it won’t support Android apps. This functionality will be available later and early on for Insiders only.

Remember that compatibility with applications developed for Android is one of the main new features of Windows 11. Such applications will be able to run on the Microsoft operating system natively, without the need to install an emulator.

Available apps will be purchased through the Amazon App Store. It will be integrated into the Microsoft Store, which means that users can download all the apps they need from the same location.

Then it turns out that such a feature will not be available after installing Windows 11 on your computer. You will have to wait a few more months before you can run Android apps on your computer.

This means we shouldn’t have support for Android apps on Windows 11 until 2022. If Microsoft plans to first include this feature in the Insider Program, that means it could spend several months testing before being released to the general public.

In the meantime, Windows 11 users will be able to enjoy the remaining innovations that make up the operating system. In fact, we will have a new Start menu, new widgets, a new window layout, and more.

Deathloop: Check out all the exclusive features of the DualSense controller for increased immersion

See also  Summer time Game titles Finished Fast 2020 Has Begun, This is How To Watch And What is Up
Continue Reading