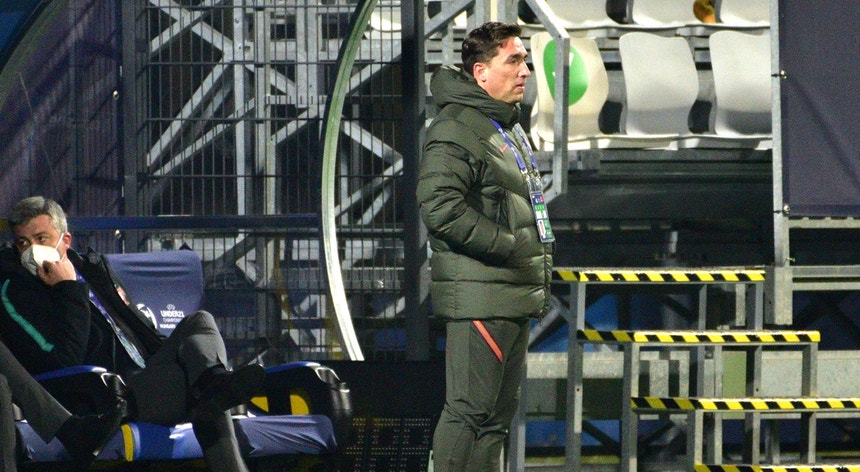 In statements made at the press conference for the preview of the game at Cidade do Futebol, in Oeiras, the Portuguese coach admitted that the opposition on Monday “will not be as strong” as the teams that Portugal faced in the last European final, but he is did. Don’t miss this opportunity to highlight some of your opponent’s strengths and their higher competitive speed.

“This is an opponent who just had a good game with Iceland, a game with a lot of rhythm, which can create some problems for us because of the depth of the game he represents and with fast players. In the set balls, you will also have to behave well, otherwise problems may arise. I hope we can control the game, play well and spend most of our time in the opposition’s midfield, ”he said.

Answering the question about the Belarusian tactics in this new cycle under 21, Rui Jorge previously drew attention to the opponent’s work in the 5-3-2 and 4-3-3 systems, however, not being able to immediately foresee what he will find in this match …

“In this game against Iceland, they chose a 4-3-3 with two turns in defense, but I don’t know if that could be a decision. In fact, they went through both systems in the private games they had played before. I believe that we are ready for both situations, but only in the course of the game will we understand how they present themselves and how well we managed to get out, ”he stressed.

Looking back at the week of work, the under-21 coach suggested that he took the opportunity to get to know the players “better” and indicated as positive indicators “willpower, the humble work they did during this period, and how they treated to each other for the common good ”, emphasizing personally the importance of this latter aspect in addition to football virtues.

“Then their technical quality is actually very good, we have a very good group of players. Now it remains to demonstrate this, it is not enough to say that we have quality. I believe that they are ready for this, and that we will have a good game, ”he said, noting that the assimilation of the principles of selecting players under 21 begins right with the choice of the team.

In a training session held after the game preview, the U21 national selector returned to form a full squad, with 24 players working unrestricted.

“When I bring in players for whom the ball has no secrets and who can think about the game, everything becomes easier. I believe that we will be able to continue what we did, demonstrate the quality that we presented, because this is our way of working, and that the players at our disposal have this ability, ”he concluded.

Portugal will meet Belarus on Monday at 19:00 at the Jose Gomes Stadium in Amador in the Group 4 debut of the 2023 European Championship to be held in Georgia and Romania and will be judged by an Austrian. Christian-Petru Chochirka.