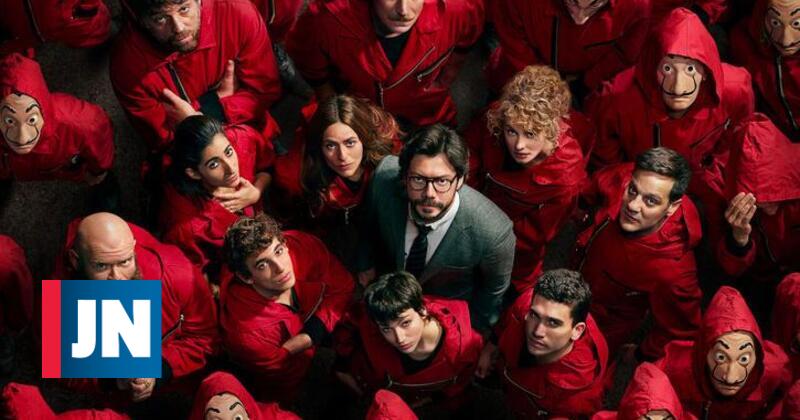 The final season of “La casa de papel” will debut today on Netflix. The saga is divided into two parts.

Filming ended in May, and today Netflix customers will be able to watch the first part of the fifth season of “La casa de papel”, the last of the popular Spanish series.

Alvaro Morte, the actor who plays the professor, has already said goodbye to the series: “Words are not needed. So thanks for everything. To the fans (first, of course), the entire Vancouver team and Netflix. And hello dear teacher. I will miss this pleasure. Thanks, he wrote.

The five-year robbery continues as Lisbon, a former police inspector and teacher’s lover, joins the rest of the gang at the Bank of Spain. The biggest problem they face is that the teacher has been caught.

Now the gang needs to complete the final part of the robbery without their commander and try to escape. This season will answer the question of whether they will be able to maintain their freedom, unlike the last time, now that all their identities have been revealed.

See also  "There was someone who directed them..."

La casa de papel is the most watched non-English language TV series ever. It won the award for Best Drama Series at Emmy International in 2018. Its fifth and final season will be split into two parts: the first half of this month and the final five chapters on December 3rd. The production revealed that the first block will have action-packed scenes with lots of explosions, gunfights, and unexpected deaths. The second part, according to the writers of the series, serves to show “the emotional side of the characters and how they behave in the face of events.”

However, Alex Pigna, the creator of the series, has already abandoned the idea of ​​spin-offs: “We have a lot of opportunities thanks to the strong and powerful personalities of the characters.”

Yesterday, to celebrate the release of the fifth and final episode of “La casa de papel”, Portuguese Netflix released a video of Xutos & Pontapés singing a new version of “A meu casinha (de papel)”. The video alternates images of the Portuguese quartet, acting on board the aircraft and in the form of the main characters, with scenes from new episodes. The video quickly went viral, gaining thousands of views within the first few hours of publication.