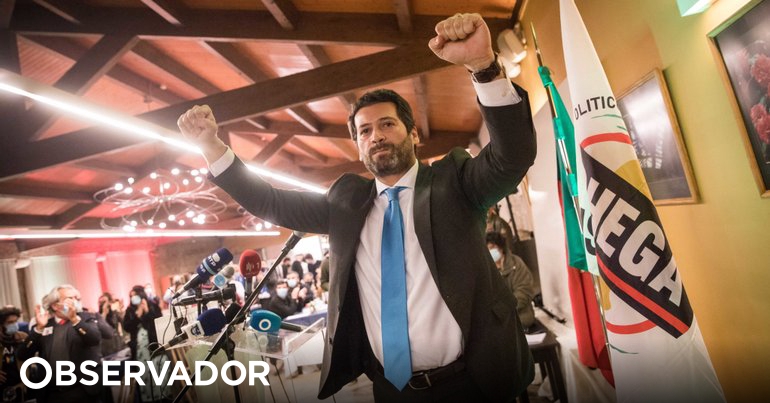 Chega leader André Ventura on Thursday launched a decisive attack on the organization of the Portuguese Democratic State at a lunch rally in Setubal, where he defended the reduction in the number of elected members of the Assembly of the Republic and local authorities. …

“We have to stop this idea that we have to support all these people. We must have a government. We need a strong government and a government that cares for the Portuguese. But I still don’t understand why we need 230 members. And I am one of them. They may even say: this is not necessary, but I think so, ”said André Ventura.

“We have, I don’t know, how many deputies are in municipal assemblies, but they still want to create regionalization. It’s not to decentralize anything, it’s to give out more pots to the entire gang. Because this is another regional parliament, another regional government. I do not even want to be elected, because it is not my place and not my salary that is important, it is important that people look and feel that what they pay, they pay honestly, for a system that works, and not for a group of hundreds, thousands of people who do nothing there, ”he added.

After a fierce attack on the democratic organization of the Portuguese state, which began with harsh criticism of the lifetime subsidies of some former politicians, André Ventura challenged the future elected representatives of Chega, as well as PS and PSD, so that, like himself, he was declared a candidate for the Moura municipal assembly to waive wages and other municipal benefits to which they are entitled.

Addressing Chega’s candidates in Sunday’s local elections, André Ventura also urged them all to give up the funds to which they would be entitled if elected.

“I urge all of you across the country to post an image on social media that says our president is going to give up his salary. And can you do it? “Leader Chega said at a dinner rally with over a hundred supporters in Setubal.

Accompanied by the head of the list of the municipality of Sadina, Luis Mauricio, and candidates for other municipalities in the district, André Ventura also criticized the government for just now lifting some restrictions imposed on the Portuguese due to the pandemic, which he considered unnecessary. and are harmful to the Portuguese economy.

Regarding Sunday’s elections, André Ventura recalled that in the presidential elections Chega won more than half a million votes nationwide and that in some municipalities he surpassed the votes of the “extreme left” parties, confirming his confidence in a good result in those that will be the first municipal elections of the party. …

Portuguese animation has ‘talent’ and ‘quality’ despite lack of funding – Observer

See also  How to watch the Portuguese match?
Continue Reading