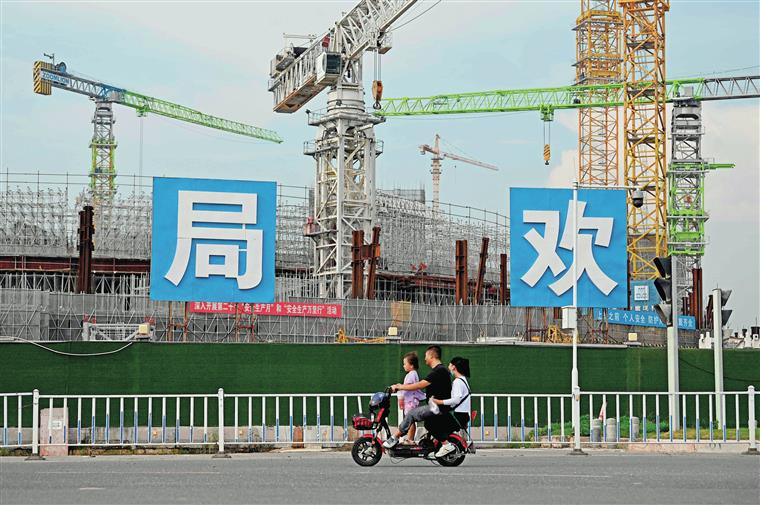 Evergrande, a Chinese real estate giant with $ 305 billion (over € 260 billion) in debt, was still trying to show positive signs by pledging to pay some interest this Wednesday. International markets have momentarily recovered from the downturn of the past few days. But behind the scenes, Beijing has been maneuvering for the worst, ordering its regional leaders and heads of state enterprises to “prepare for a possible storm,” some told the Wall Street Journal.

The Chinese government is not at all satisfied with the hole in Evergrande – in fact, it was its measures to reduce real estate speculation and contain the over-indebtedness of the sector that triggered the company’s collapse – and wants to leave a strong signal to other real estate giants. Despite the potential repercussions of the fall of Evergrande on global finances, Beijing has little desire to bail out the company beyond what is necessary to prevent economic and social consequences for China, according to the financial newspaper.

Beijing’s problem is that after an initial panic, many analysts downplay the likelihood that the fall of Evergrande will affect international markets in the same way as Lehman Brothers, noting that the Chinese conglomerate owes only about $ 20 billion overseas (about 17 billion euros). the rest of his astronomical debt falls on domestic enterprises.

And worst of all, “There are a lot of Evergrandes in China – Evergrande turns out to be one of the largest,” said Jim Chanos, a prominent American investor, in an interview with the Financial Times. “But all construction companies look like this. The entire Chinese real estate market is on the move. “

See also  Were you in line at the bombs? It was good: the fuel really took off. Here are the official prices

Faced with a fiasco, the Evergrande cranes that filled China’s skyline, built entire cities from scratch, stalled, leaving some 1.6 million properties unfinished, leaving many buyers at risk of running out of their savings while still having to pay the equivalent. nearly 100 billion euros to building material suppliers, according to the New York Times.

Unsurprisingly, an angry mob of buyers has surrounded a government office in Guangzhou demanding continued construction of their homes, Bloomberg reports, and videos of similar protests are circulating on social media across China.

“What can I do? I won’t have food soon,” Li Hongjun, one of the workers who needs to be paid to build unfinished houses in Suzhou, in the east of the country, told Reuters. “If I don’t have food, I’ll have to go to the government. to eat. “

The problem is not only in this sector. Evergrande, having experienced a construction boom in China, seeking to take advantage of a burgeoning middle class with ever-increasing purchasing power, went into even greater debt to invest in sports stadiums, water parks, electric vehicles or food.

In fact, the hunger for loans was such that at the beginning of the year, Evergrande even extorted from its employees, giving them the opportunity to lose their bonuses or lend money to their employer, according to the New York Times. Hundreds of people have agreed to give away their savings or even take out bank loans, turning their lives upside down.

All cryptocurrency transactions have been declared illegal in China.

See also  Most are thinking about leaving the Ethereum network, says the creator of Cardano (ADA)
Continue Reading