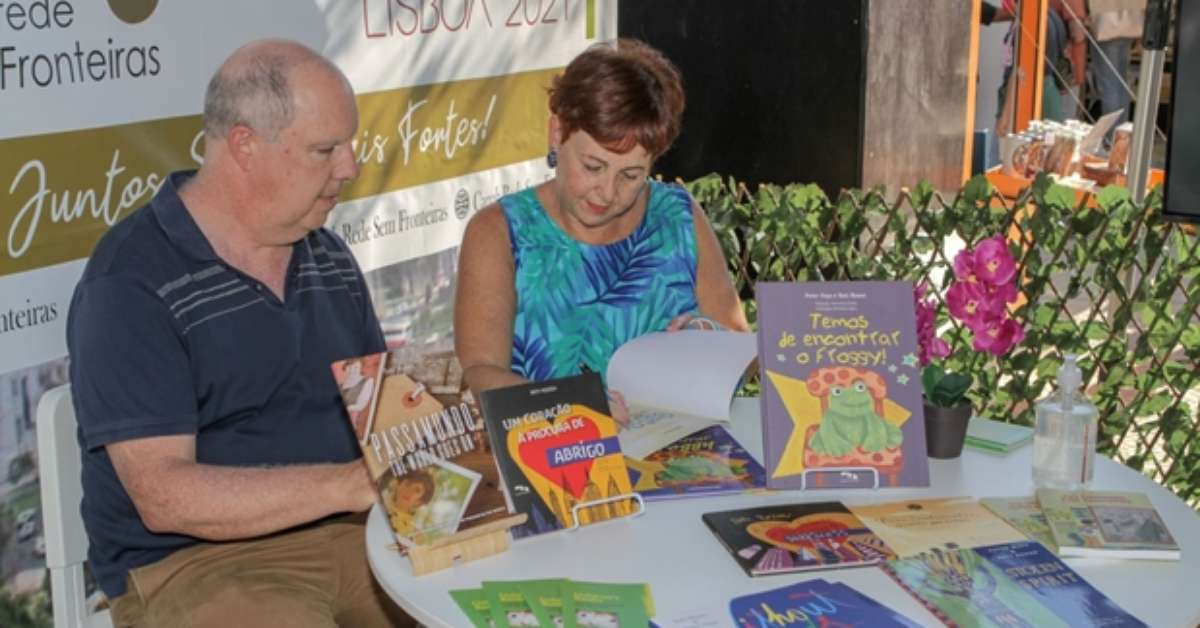 Maintaining emotional ties with their homeland is fundamental for Brazilian immigrants to live with a minimum of well-being and emotional balance in the places chosen to create their new home. For young people and adults who left their stories, friends and relatives in the countries where they were born and raised, this is not a very difficult task, since there are a number of life situations to be accepted.

Encouraging the recognition of traits that identify – both objectively and subjectively – Brazil and Brazilians, such as their culture, cuisine and regional traditions, is certainly an option. But for the associations of Brazilian immigrants, established in four corners of the world, the main tool for forming and maintaining this connection with their homeland, without a doubt, is the Portuguese language. Or, more specifically, Portuguese as a heritage language (abbreviated as POHL in Europe and PHL in the US).

In How to Preserve and Develop Portuguese as a Heritage Language, edited by the Consulate General of Brazil in Miami in partnership with Must University in 2016, Ivian Destro Boruchovski explains that “heritage bearers are those who, despite the fact that the connection with this language, they have limited opportunities to access and use. “This can happen, according to the author,” because the child was born in a country where Portuguese is not the dominant language in society, or because the child immigrated before reaching critical period of language acquisition ”.

In 2020, the Ministry of Foreign Affairs published a booklet “Study Proposal for Teaching Portuguese as a Heritage Language”, which will be used in initiatives developed by associations established abroad, confirming a concept that emerged in the early 1980s that: it already has a day to celebrate (May 16).

Associations, consulates and embassies promote PLHIV around the world

The relevance of the topic forces the Ministry of Foreign Affairs to monitor and support projects that also receive support from associations of immigrants, Brazilian consulates and embassies in countries where there are large numbers of Brazilian immigrants. One example is the Portuguese as a Heritage Language Olympiad, which was first published in 2021 and covered 18 cities in 13 different countries. In addition, conferences and symposia are held with great regularity, especially in Europe.

Such initiatives reflect the Brazilian diaspora that has existed for a long time, especially during periods of economic crisis, as evidenced by the most recent official data on the matter provided by Itamaraty, which shows that there are currently about 3 million Brazilians living. abroad. In addition, according to a 2018 survey by Datafolha, 62% of young Brazilians between the ages of 16 and 24 said they would move to another country if possible.

The reflection of this strong emigration of Brazilians and the organization of these citizens in other countries within the framework of the spread of Portuguese as a language of heritage can be measured by the increasingly effective activities of such associations as Mala de Inheritance (Germany), Abec – Associação Brasileira de Educação and Culture (Switzerland) and Abrace – Brazilian Association for Culture and Education (USA).

The pedagogical and cultural events organized by these associations include meetings, workshops and seminars for parents and teachers; reading, storytelling and children’s games; performances by Brazilian musical groups; lectures by Brazilian writers; and the creation of libraries in Portuguese.

According to Beti (Rosenzweig), a Brazilian woman who has lived in the United States for 30 years, the strengthening of the “Brazilian spirit” in children who have little contact with Brazilian culture and Portuguese is associated with literature and storytelling.

“The impact of early childhood reading is enormous, especially when this practice, in addition to providing literacy in their mother tongue or heritage language, forces these children to create and strengthen cultural ties with Brazil,” he says.

The statement of the writer, poet and editor from Rio de Janeiro is supported by the location of her presentation, as she, together with her American husband Peter Hayes, is developing a work aimed at children of Brazilian descent for Sem Fronteiras Press. In addition, for anyone interested in Brazilian culture, there are several materials available in English.

“We are producing children’s books that celebrate Brazil,” says (Rosenzweig), stressing the importance of highlighting the power, wealth and diversity of Brazilian culture in these works. “It is very important that we celebrate Brazilian artists, their diverse history and rich culture, in addition to the experiences of Brazilian immigrants around the world. One of our works “Without Words” speaks exactly about this Brazilian child who is trying to adapt to us in the USA, ”he adds.

To find out more, just follow the link: https://www.semfronteiraspress.com/

Portuguese researcher discovered how to slow the aging of the spine