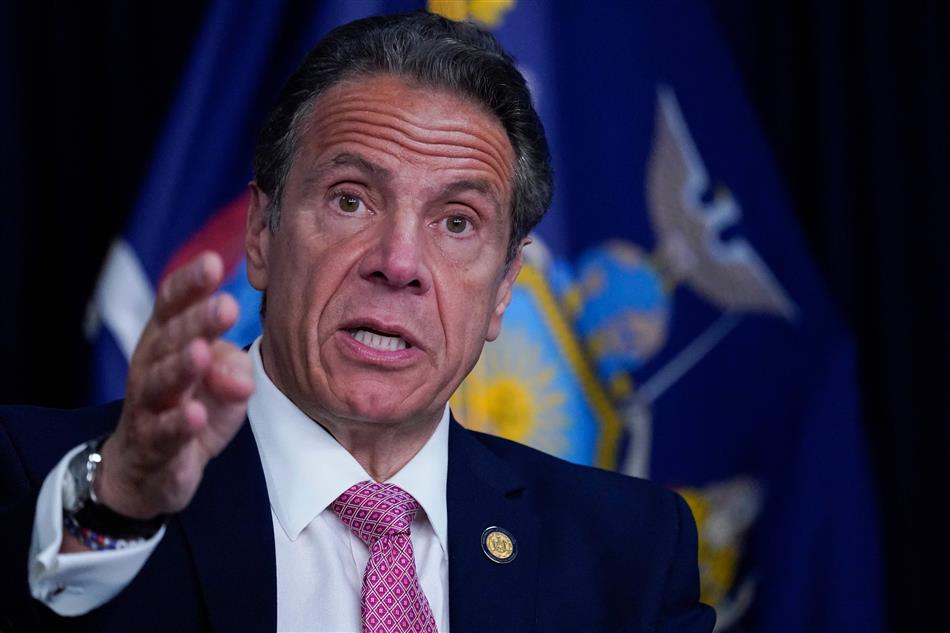 Just over a year ago, Andrew Cuomo was at the height of his political splendor. Serenity and hope were highlighted in their speeches and brought optimism to New York homes, frightened by the virus that spread infections, deaths and hospitalizations at lightning speed.

The 63-year-old’s television appearance at his daily press conferences contrasted with Donald Trump’s unrest. Public opinion even began to view him as a possible candidate for the presidency of the United States, while Bernie Sanders appeared to be Trump’s main opponent, and Biden defended himself from the pandemic.

From one moment to the next, the scene changed. The reputation, prestige and leadership of Cuomo – the son of former New York Governor Mario Cuomo and the brother of renowned CNN anchor Chris Cuomo – have suffered a major setback. The world learned this week that behind the scenes, Cuomo has been hugging, kissing, and groping for several women the entire time. Now that the five-month independent investigation has come to an end, the investigation has concluded that the governor of New York has sexually harassed eleven women in violation of federal and state laws, according to State Attorney General Laetitia James.

A 165-page report detailing the process reveals the first harassment that occurred in March when two consultants complained of inappropriate workplace behavior; hugs, kisses, groping – without consent – and comments that several other women were subjected to; or how “toxic” a workplace has become where harassment is permissible and considered almost normal.

“This investigation revealed a disturbing pattern of behavior by the governor of New York,” the attorney said. A spokeswoman for the New York Assembly also called the findings proven, believing that they showed Cuomo was “not fit for the job.”

The investigation was overseen by the prosecutor’s office itself, which appointed two outside lawyers to lead it, Jun Kim and Anne Clark. The investigation began in March when public allegations continued to emerge and Cuomo’s own administration sent a formal request for an independent investigation. Knowing the details, Laetitia James said her office would not pursue criminal charges against the governor as David Soares, an attorney for Albany County, the capital of New York, had submitted himself to file charges in court.

From Biden to Nancy Pelosi, from Congressmen to Senators from New York, resignations have been pouring in. “I think he should step down,” Biden told reporters on Tuesday.

‘I never touched anyone’

The New York Times also depicts in short interviews that New York voters, who would one day vote without thinking twice about Cuomo, think, “It’s a great misfortune that these two are the same person,” the 33-year-old lamented. Sartal Sharma. Rob Lombardi, the restaurant’s owner, said he would even vote for the current governor in 2022, but not after that. “How could I? I have a daughter.”

“The facts are very different from what was portrayed in the report. I have never touched anyone in an inappropriate way, this is not who I am or who I have never been, ”Cuomo said on Tuesday immediately after the report was published. He also announced that he would leave office only after the end of the current (third) term, in November 2022. Given the situation of distrust from the Democratic legislature and the White House and the ongoing state investigation, the rally to investigate whether there is a reason for dismissal appears to be doomed to failure.

Germano Almeida, commentator for SIC Notícias, an expert on North American politics and author of the recent book Joe Biden: The Man and His Circumstances, believes that Andrew Cuomo “has reached the end of his political career, at least at the highest level.” … “This is one of those cases of political waste. He had a lot of political capital, he was appointed one of the future democratic leaders at the national level, but after this situation he lost all this capital. “

According to the specialist, the situation is especially serious because of “the discrepancy between what Cuomo said and what he did.” He has always shown himself to be the defenders of the victims of Me Too, showed in campaigns for the Office of the Governor of New York that he is completely intolerant of sexual harassment and before the prosecution, which, although it has not ended, is quite strong, makes me to believe that Cuomo’s political future is completely compromised, ”he predicts.

The possibility of removal from office is also real. “What makes Cuomo’s position untenable is that not only the Republican Party is demanding his resignation. In the New York State Assembly, where Cuomo is the executive leader, a majority [mais de 80 em 150 no total] they are already demanding his impeachment. Of these, about 80 half are Democrats. They are not Republicans on the one hand and Democrats on the other. This, in my opinion, makes his position politically unstable. “

According to Germano Almeida, the negative stigma created around Cuomo seems inevitable. “It would not be new in American politics, looking at cases like Clinton or Trump himself, for voters to excuse this situation to others. But I don’t think that is the case with Cuomo. Biden’s statements make it nearly impossible for him to get out of this situation. “

And the analyst foresees: “There are still things to be determined, there are small parts where he can still defend himself, but at the moment the situation, it seems to me, is at a stage where even before he judicially loses his mandate, he may lose the political conditions for the continuation. “

“With current monetary policy in the United States, there is a great risk of recession,” says economist Mohamed El-Erian.