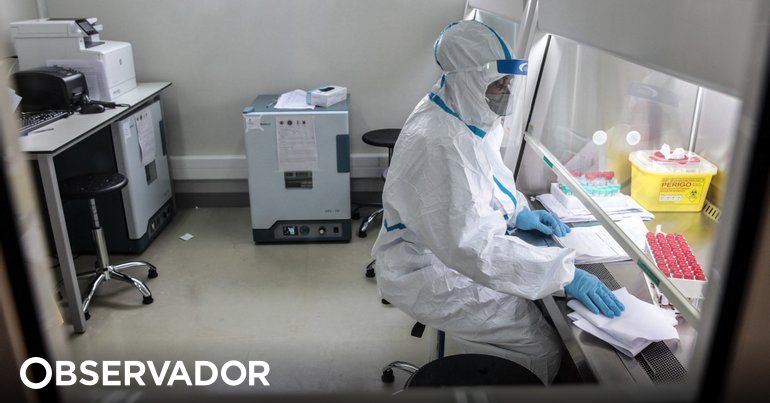 Researchers at the Institute for Health Research and Innovation (i3S) have discovered a mechanism related to T cell alteration that may explain why SARS-CoV-2 infection causes mild to severe illness in humans.

In a statement from the Institute of the University of Porto on Wednesday, it was published that researchers had discovered a mechanism that “may explain why SARS-CoV-2 infection causes mild or even asymptomatic illness some people have severe and complex illnesses in others. “

The results of the study, funded by the Research 4 Covid Initiative of the Science and Technology Foundation (FCT), were published in the Journal of Immunology, and the article was noted as a “top reader” for the September issue.

A study by researcher Salome Pinho showed that circulating T cells “exchange their glycans.” [moléculas de açúcar] especially after infection with SARS-CoV-2 “and that this change “More pronounced” in asymptomatic people than in symptomatic people…

“Thus, an immunological response is determined based on glycosylated forms of T-lymphocytes, which provides protection against the virus,” the institute assured.

The alteration of the glycosylation profile in the immune response after infection with SARS-CoV-2 “appears to be caused by an inflammatory factor present in the plasma of the individuals.”

According to researcher Salome Pinho, this specific T-cell glycosignature, more pronounced in asymptomatic patients, “can be detected at diagnosis” and represents “A new biomarker of severity and prognosis of Covid-19, as well as a new therapeutic target”…

In parallel, the research team demonstrated that asymptomatic patients have mononuclear blood cells exhibit “increased expression of a specific protein”capable of efficiently recognizing the virus and the level of expression of which in monocytes [células inflamatórias que pertencem à primeira linha de defesa] correlated with “better patient prognosis”.

Also mentioned in the paper, Ines Alves and Manuel Vicente, the first authors of the study, say it is important to emphasize that this mechanism associated with SARS-CoV-2 infection “may be related to another type of respiratory viral infections that are opening up. new opportunities for the study of other infectious diseases ”.

The role of T lymphocytes in resolving or exacerbating Covid-19, as well as the ability to provide long-term protection against re-infection with SARS-CoV-2, “remains to be fully disclosed,” notes i3S.

According to the latest report from Agence France-Presse, the Covid-19 pandemic has caused at least 4,234,618 deaths worldwide out of more than 198.8 million infections with the new coronavirus.

In Portugal, 17,397 people have died and 974,203 cases have been reported since the pandemic began in March 2020, according to the General Directorate of Health.

The respiratory illness is caused by the SARS-CoV-2 coronavirus, discovered in late 2019 in Wuhan, a city in central China, and currently variants identified in countries such as the UK, India, South Africa, Brazil and Peru.

Another Portuguese film to premiere on Netflix