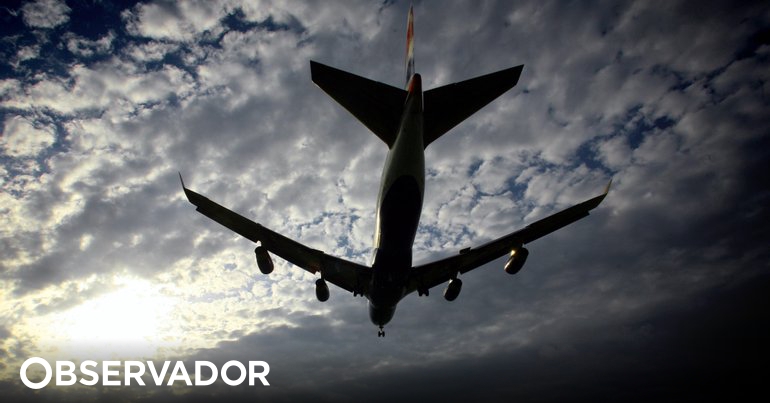 This Wednesday, the SDP asked the government to urgently fix a “computer problem” that is keeping a Portuguese couple unable to return home after a vacation in the Maldives. The man was already infected with Covid-19, tested positive again before returning and now cannot receive a new certificate of recovery on the portals of the Portuguese health authorities.

The citizen prefers not to name. Joao (fictitious name) explains to the Observer that he tested positive for Covid-19 on July 24, after undergoing mandatory screening before leaving the country. The woman also tested positive after the first negative test. João was already infected, but his companion was not. “We’ve been here 19 days” Tell Observer Joao about this on Wednesday.

After going through a period of isolation and discharge from the Portuguese authorities, the woman received a certificate of recovery without any problems. John was less fortunate: “Both on the General Directorate of Health website and on the SNS24 app, I always get errors. The website says that it is not possible to generate a certificate, that I do not have a valid certificate, and try again after four hours. The appendix says that I do not have a valid certificate to execute download“.

Listen to John speaking to the observer:

“Continuous contacts” with the Portuguese health authorities followed. “On the SNS24 line, they were always very vague. He called, spent money because of a call from abroad and remained the same, ”he complains. Only the Ministry of Health was able to help João: “I was informed that they are working on my case and that, presumably, I will receive an answer by phone today (this Wednesday).” By the time he spoke to the Observer, Joao still hadn’t received any response, but he said he was still hopeful.

After contacting the Ministry of Health, I think I may have a positive result in terms of receiving a certificate of recovery. And now. There is a light at the end of the tunnel right now, ”says João.

The Portuguese citizen also contacted the Portuguese Embassy in New Delhi: “I spoke with the Ambassador and felt some lack of information from him. Not that he didn’t want to help, because whenever he was asked, he answered. But I lacked information and support. “

João says he has a return flight to Portugal this Friday. The additional 19 days he had to stay in the Maldives was covered by “Covid insurance,” but the Portuguese explains that if he returns to the PCR test and comes back positive, he will have to pay for a new isolation period. out of your own pocket. For this reason, he only wants to get a recovery certificate and refuses to take a PCR test.

Joao also explains to the Observer that he is no longer on vacation or sick.

In its application to the Assembly of the Republic, the PSD parliamentary group recalls that “the current platform for issuing Covid-19 digital certificates allows the issuance of a document in three different situations: a digital vaccination certificate, which expires after 14 days. a complete vaccination schedule, test certificates and a certificate of recovery valid for 180 days following exposure to Covid-19. “

“Right now, there is a computer problem due to which citizens who have Covid-19 for the second time cannot issue a second recovery certificate after issuing the first certificate,” warn.

According to the party, the situation “has already affected several people and is currently preventing the return to the country of several Portuguese citizens who came to the Maldives with valid certificates and who tested positive upon their return. 14 days of quarantine at a local hotel. “

PSD speaks “a situation of obvious personal and professional harm to one of the two Portuguese citizens, that he is no longer on vacation and is not sick. “

“Thus, the deputies of the parliamentary group of the SDP come with a request to the Minister of Health to do everything possible to resolve the situation urgently, with the correction of a computer problem that would naturally affect other citizens in the same conditions,” the party concludes.

Reading: 18 called up, of which 17 are out of order (including one Portuguese)

Joao Almeida continues his tour of Poland in yellow