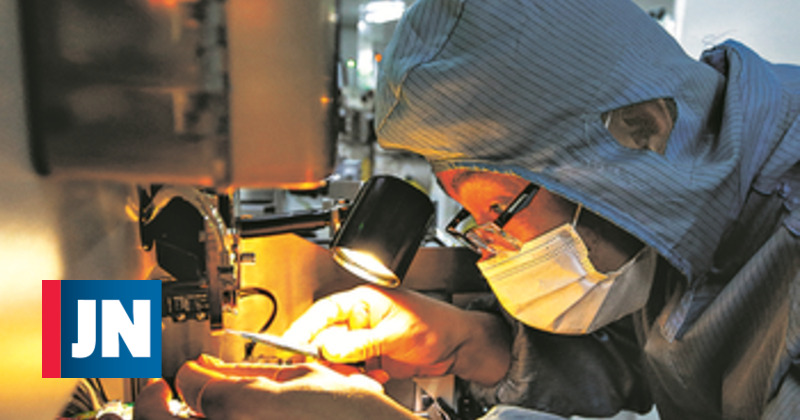 The automotive sector is forced to curtail production. Toyota alone has cut the number of vehicles planned for September by 40%. Harsh amplification in the semiconductor industry is not enough to meet demand.

They have no more than 5-7 nanometers, but they are necessary for the brains of all kinds of systems that power devices, from simple household appliances to smartphones, from cars to robots. And since there are only half a dozen manufacturers in the world, even giants, especially China, unexpected events of recent times, from pandemics to natural disasters and trade blockades, have driven the production of chips. And its lack is creating problems for the global industry, especially in the automotive sector, where semiconductors are becoming an increasingly prominent feature of onboard safety and entertainment equipment.

The outlook is not good if it is expected that even the measures taken to overcome the chip crisis, including Bosch’s new plant in Dresden, dedicated exclusively to its mass production and in quantities double the current figures, will not provide relief. a problem the consequences of which are already affecting the world’s giants. Toyota, the world’s largest carmaker that has bypassed the crisis so far and achieved a record profit of 7 billion euros in June (+ 465% from a year earlier) this week, announced that it will have to cut global sales. production up 40% in September. A spokesman for the manufacturer, Kazunari Kumakura, explained to the FT that “the sudden and radical decision to drastically cut production” is due to “the increasing difficulty of securing the required number of components.” That’s 360,000 fewer cars from the planned 900,000 that will leave the auto giant’s factories next month after a new coronavirus outbreak in Malaysia and Vietnam has led to a cut in the production of microchips and other electronic components. News that caused a Japanese manufacturer to lose $ 14 billion on the stock exchange.

In Portugal, chip shortages are already taking their toll, even causing car production to drop by about 30% in June, ACAP reported, Associação Automóvel de Portugal, due to a lack of components, Autoeuropa has come to a standstill. Bosch Car Multimedia in Braga, which develops solutions for several car brands, also suffered from component shortages even before the summer. And if he didn’t have to close his doors, “some supply problems” forced the Portuguese plant to lay off workers because of the “worsening situation,” which forced them to stop working for a long time.

Even with China boosted electronic chip production by almost 50% in the first six months of this year, up from production recorded prior to June last year – it currently produces more than 1 billion integrated circuits a month, Beijing sold more than 30 billion microcircuits for factories around the world – the answer that is now being sought is far from what would be needed to solve the problem of the shortage of semiconductors on the market. And there are even those who expect this crisis to last until 2022, even with the strengthening of China and the help of Bosch, which has been investing one billion euros since September in a plant in Dresden to increase production. It is the German giant’s largest investment to increase chip distribution for the automotive industry, creating, as Reuters explained in June, 300mm thick silicon wafers (double the normal size) to get more chips per chip. …

The effect will continue next year.

Speaking to the press after meeting with investors, Technology Ndivia CEO said Thursday that despite the agreements reached “to ensure long-term supply to meet market expansion goals,” “we will continue to face challenges in the vast majority of countries. next year. ”Also Luca de Meo, CEO of Renault, is not very optimistic, predicting that what he sees as a“ structural problem ”will continue“ until 2022, ”increasing tensions even if production capacity improves. Reuters Harald Wilhelm, Daimler’s chief financial officer, joins the chorus to say he sees the semiconductor crisis continue to take its toll next year, continuing to impact car sales.

Problems that have become widespread among the largest brands. Earlier this week, Volvo, owned by China’s Geely, joined a number of struggling manufacturers by announcing production cuts at its Swedish plants. Already on Thursday, Elon Musk pointed the finger at semiconductor suppliers to justify the accumulated production delays at Tesla. “As has been publicly disclosed, we are operating under extreme constraints in the supply chain of some standard ICs for the automotive industry. The most problematic ones today are the (Japanese) Renesas and Bosch, ”the entrepreneur wrote on Twitter.

The good news is for chipmakers who have seen skyrocketing profits. As demand rises and market deficits increase: even as automakers are cutting global production, chip companies improved their results by an average of more than 20% in the first half of this year, according to specialized sites.

Find out more at Dinheiro Vivo – your life-saving brand