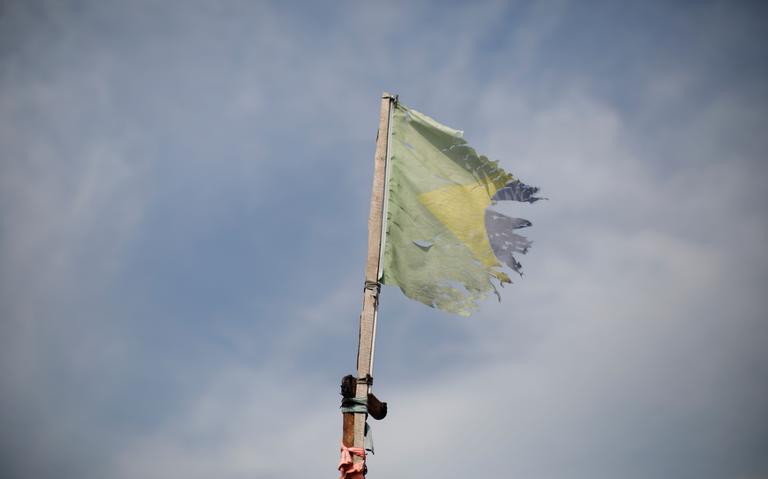 The dispute between reason and emotion influenced the electoral dynamics in 2018, which introduced a new element in the political scenario.

Machado de Assis’s lyrics bring precise irony to the hypocrisy that shapes our lives. In the history of the new coronavirus pandemic in Brazil, the President of the Republic in 2020 spoke about the impossibility of carrying out isolation measures, since he does not believe in “Treatment is worse than disease”and his ministry is delaying access to vaccines (a faster and safer way to replace isolation with distancing) by revealing what psychiatrist Machado would tell his critical wife about time with patients once he finds himself facing financial prosperity that brings someone’s discomfort, “who would say that half a dozen are crazy …” money).

New York Governor Andrew M. Cuomo said (also in 2020) that the United States is not led by a king, but by for the constitution… Analysis of the international and Brazilian socio-political context shows that events are in dialogue with each other in an intertemporal and non-linear perspective, therefore decisions made today are reflected years later, often when it is no longer possible to change the ruler, his decree or the consequences that arose as a result of this. ., and as Bukowski rightly said, there is nothing worse than too late.

We are living in a scenario of political institutional instability that France already faced under the Ancien Régime, when they tried to “cut off the king’s head”. However, unlike what happened in 18th century Europe, we have a democratic government whose choices and decisions must be based on reason, not emotion.

The controversy between reason and emotion influenced the electoral dynamics in 2018, with a new element in the political scenario: the conviction and acquittal of politicians in a criminal case initiated since 2005 with Roberto Jefferson’s monthly payout and revelations.

Later, in 2013, another defining element of the 2018 presidential election emerged: social media. What happened in 2013 was a movement organized in a fragmented and spontaneous way, not by political parties or alliances, but by groups formed on social networks, without a definite leader and with an ideological center-left profile.

In 2014, there was a discursive shift that culminated in 2015 with a street takeover by protesters with an ideological and demographic profile that was completely different from the 2013 protesters, exacerbating the polarization scenario.

The 1988 Constitution gives the President the power to legislate in certain situations, and also guarantees him the private initiative of relevant legislation, allowing him to determine the priorities of his government and work with his allies within the logic of the coalition. It is irrational to conclude, reading the constitutional text, that the head of the executive branch is “David” before the establishment of “Goliath”, it is worth remembering that, as in the Bible, here the “little” showed several times that he was a “giant”.

Various disputes involving the president of the republic make us wonder how much intelligence and how much emotion it exists under democratic choice. President Bolsonaro was elected with an anti-establishment speech, stating that he would not form coalitions at the expense of material gains in favor of MPs and senators, such as positions or bribes, for example. Sergio Abranches views this client area as “dysfunction” coalition presidential approachhowever, this is not the only possible form of government, as the chief executive must use his political skills to enforce his government plan, which is permitted by our system, which gives him some prerogative to manage the alliances of interest.

Various controversies involving the president make us wonder how much reason and how much emotion a democratic choice evokes.

The big question that surrounds the federal executive today concerns the legitimacy and risks to democracy, which are linked to presidential directives questioning the legitimacy and interests behind their manifestations, contrary to most scientific beliefs, such as, for example, the use of chloroquine. for the treatment of patients with COVID-19, or even in the event of an omission due to a questionable contract for the purchase of Covaxin.

Political skills do not exist as a natural manifestation or indicator of corruption, but as an element built on knowledge, reason and the ability to listen to a purpose that is (or should be) in the public interest.For example, guiding their strategies through discussions on Twitter, the president does not think about what is being discussed, since the dynamics of social networks do not allow ideas to mature, often guided not by reason, but by emotion.

This revelation heightens the serious ideological friction we face today and is causing impeachment requests to become increasingly rowdy, making it difficult to speculate about how correct and how many emotions there is a democratic choice, especially when the practice of the coalition presidency in Brazil shows, according to Abranches, impeachment as another “dysfunction” of our political system to reduce an unusual tool to something that can be used for the convenience of those who disagree with a leader who is losing his parliamentary coalition and his popularity.

The future, which has always been uncertain, is even darker today. Peter Diamandis, however, always portrays him as “abundant,” claiming that despite all the adversity people face, we always find a way to succeed. Diamandis, who spoke at a 2012 TED event (Technology, entertainment and design) predicted the use of technology as a way to contain a possible pandemic, seems to have predicted what we are going through from 2020, which gives us hope that his speech of abundance will also materialize and that we will finally get through this crisis moment.

Manuela Vidal and Silva Oliveira Santos she is a lawyer and a Master of Public Law student at the UFC (Federal University of Ceara).

Ricardo Wagner Oliveira Santos he is a lawyer and is pursuing an MA in Private Law from UNIFOR (University of Fortaleza).