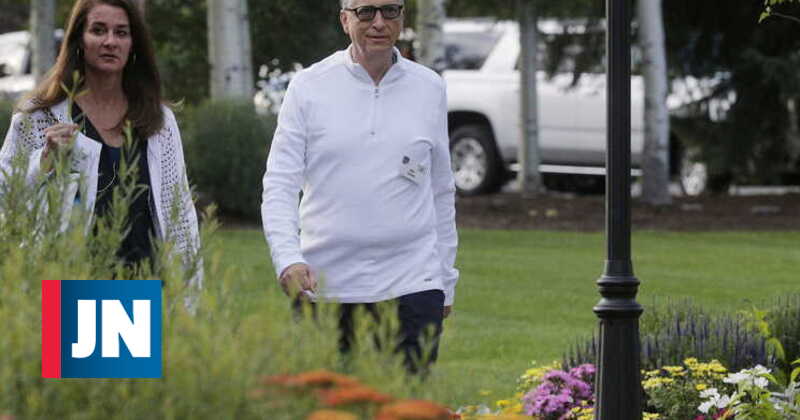 A King County, Washington, Supreme Court judge on Tuesday signed Bill and Melinda Gates’ divorce decree, without disclosing details of how the couple split the assets.

According to The New York Times, public records showed that billions of dollars in shares were transferred to Melinda French Gates following the public announcement of the end of the 27-year relationship in May.

The amicable agreement on the division of property “was not submitted to the court.” For example, it is unclear who will own the property by a lake on the outskirts of Seattle, according to the New York newspaper.

The New York Times also reported that there was no need to enter into any kind of custody agreement as the couple’s three children are over 18 years old.

In addition, it is added that neither side requested an official name change, although Melinda Gates publicly used her last name in conjunction with her married name after the split.

Microsoft co-founder Bill Gates and his ex-wife Melinda Gates will continue to work together as co-chairs and trustees of the Gates Foundation, the nonprofit CEO said.

“It’s part of a private agreement between them, as part of a broader understanding of divorce. […] that their intentions and commitments include long-term co-chairmanship and trusteeship of the foundation. And this is exactly what we are planning, ”said Executive Director Mark Suzma in an interview with AP.

However, if after two years Bill and Melinda decide not to continue their joint roles, the ex-wife will leave the posts of co-president and curator.

If Melinda Gates resigns, the Microsoft co-founder will buy his stake in the foundation, one of the largest private charities in the world, by raising funds for his charitable work.

Funds will be separated from donations to the Gates Foundation.

Mark Suzman also announced that the foundation will expand its board of trustees, but the number has not been determined.

Currently, only the former couple is on the board of trustees after Berkshire Hathaway CEO Warren Buffett stepped down in June.

“We think that even they [Bill e Melinda] to work efficiently and keep working together is not perfect management. […] This is the right time to increase the number of trustees and attract some important independent third-party voices that can help guide and strengthen the foundation in the long term, ”added Mark Suzman.

The Gates, who have three children and live in Washington state, USA, announced that they will continue to work together at the Bill and Melinda Gates Foundation, which fights poverty and disease.

The fortune of the co-founder of Microsoft is estimated by Forbes magazine at 125.6 billion dollars (105 billion euros).

Over the past few years, the billionaire has become more and more dedicated to the Gates Foundation, participating in projects that support international development.

Villa with pool or penthouse. Nearly eight out of ten people travel to Idealista to dream of a luxury home – O Jornal Económico

There will be no 790 pilots in Europe by 2022, consultant predicts – Aviation