Taliban fighters have arrived at the gates of the Afghan capital, the last major city under the control of the government of President Ashraf Ghani. We are tracking this situation down to the minute.

A video filmed this Sunday in the Afghan capital and tweeted shows the blocked movement as the population seek refuge in their homes.

The capital Kabul is right now, traffic is blocked, everyone is in a hurry and hurrying home.#Accept #Afghanistan pic.twitter.com/QqDXwUm5c7

11:45 am – Has the Taliban entered Kabul or not? the presidency says no

Quoted by CNN, a senior official at the presidential palace in Kabul claims that Taliban fighters have not yet entered Kabul.

However, there were reports of shootings in the city, which the same official attributed to clashes over access to the bank.

According to the same source, negotiations are continuing, but “urgently”. President Ashraf Ghani remains at the presidential palace, accompanied by the national security adviser and other cabinet members.

He added that North Americans and Taliban are involved in the negotiations.

Pope Francis this Sunday called for dialogue to end the conflict in Afghanistan so that the Afghan people can “live in peace, security and mutual respect.”

An Afghan spokesman, quoted by the Associated Press, said government forces transferred Bagram Air Base to Taliban fighters, which includes a prison with 5,000 inmates, including Taliban and Islamic State fighters.

The UK Parliament will be convened next week to discuss the situation in Afghanistan, Sky News reported. Members are currently taking their regular summer vacations.

Afghan Interior Minister Abdul Sattar Mirzakwal says power in Kabul will be handed over to a “transitional administration.” No more details.

The Associated Press reports that a delegation of extremist negotiators is heading to the presidential palace to prepare a “handover” of power.

Earlier, Taliban spokesman Suhail Shaheen told Al Jazeera TV that the militants were expecting a “peaceful displacement from the city of Kabul.”

April 14: The President of the United States announces the withdrawal of all troops from Afghanistan from May 1 to September 11, thereby announcing the end of the country’s longest hostilities.

May 4th: Taliban militants launch a major offensive against Afghan forces in Helmand province in the south of the country. Six more provinces were attacked.

June 7: Afghan government officials say more than 150 soldiers were shot down in 24 hours as fighting escalated in 26 of the country’s 34 provinces.

22nd of June: The Taliban are launching a series of offensives in northern Afghanistan, a region far from their usual area of ​​operations in the south. According to the UN plenipotentiary, to date, more than 50 of 370 constituencies have been captured.

July 2: US leaders are quietly leaving Bagram Air Base, an hour’s drive from Kabul. Three days later, the Taliban say they are ready to submit a peace proposal to the Afghan government in early August.

21 July: The Taliban now control about half of the Afghan districts.

July 25: The US administration promises to continue supporting Afghanistan’s regular forces “in the coming weeks.”

26 July: The UN estimates the number of civilians killed or wounded in Afghanistan between May and June at 2,400.

See also  The First Cow by Kelly Richardt. One of the greatest American films of recent times

August 6: Zaranja in the south becomes the first provincial capital captured by the Taliban. Many others will follow.

August 14: With little resistance, the Taliban occupy the northern city of Mazar-i-Sharif, as well as Puli Alam, the capital of Logar province, 70 kilometers south of Kabul. The United States is reinforcing the contingent responsible for the withdrawal of diplomatic personnel.

August 15: The Taliban capture the key city of Jalalabad to the east, ending the siege of Kabul. A few hours later, a source from the Afghan Interior Ministry reported that Taliban fighters entered the capital.

A Taliban spokesman, quoted by Reuters, said the militants were not going to “take revenge on anyone,” including those associated with the Ghani government or regular Afghan troops.

The same spokesman called on Afghans to “stay in their country and not flee for fear.”

Recall that US President Joe Biden has increased the operational military contingent intended for the withdrawal of diplomatic personnel to five thousand.

The Taliban are currently at various strategic points awaiting orders to invade Kabul decisively. Islamic radicals say they do not want to take the capital by force, but have not declared a ceasefire.

The leaders of the movement ordered the militants to “contain” the violence. They want everything to happen like in Jalal-Abad – this city was controlled without resistance and the use of force.Kabul Airport remains the only departure point in the country.

They say they do not want “innocent Afghans to be wounded or killed” during the takeover of Kabul. However, they advised women to look for safe places.

Prior to the event, hundreds of Afghans were queuing at banks and ATMs to withdraw money.

Several countries are trying to withdraw diplomatic personnel from Afghanistan, led by the United States.

A UN source indicates that several EU workers were taken to safety.

The Taliban were reportedly ordered to remain outside Kabul and not enter the Afghan capital, a spokesman for international agencies said. And this despite the fact that the Islamists have already been noticed by residents of the Moscow region.

“The Islamic Emirate is ordering all of its forces to wait at the gates of Kabul and not try to infiltrate the city,” Taliban spokesman Zabihullah Mujahid said on Twitter.

“There are armed Taliban fighters in our area, but there is no fighting,” a resident of the eastern suburb of the capital told AFP.

The Afghan presidential palace office confirmed via Twitter that “shots were heard in several remote areas of Kabul.”

“The country’s security forces, in coordination with international partners, are monitoring the security situation in Kabul,” the Afghan chairmanship said.

The complete takeover of Kabul seems like a matter of hours. Having captured Jalalabad this morning, the Taliban began to enter the capital.

In just ten days, extremist guerrillas took control of most of the country and approached the gates of the capital after the withdrawal of troops from the international coalition led by the United States. 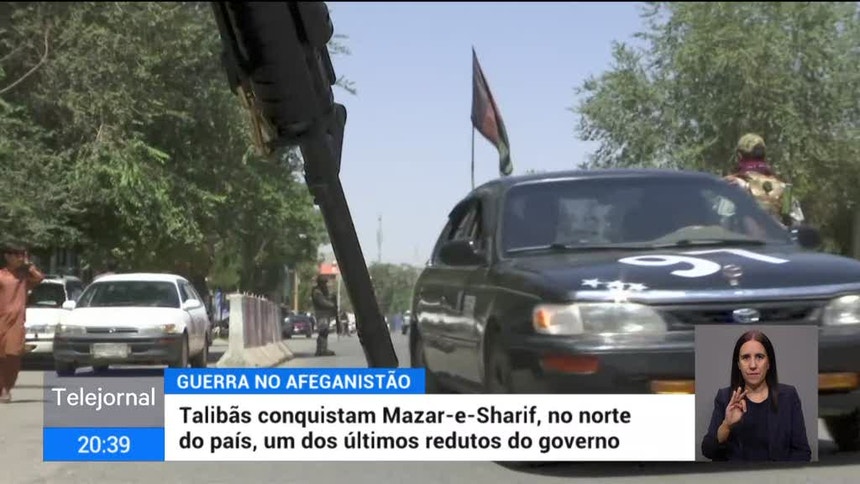 Apart from Kabul, only a handful of small towns have remained under government control in recent hours, but they are scattered and no longer of great strategic importance.

Afghanistan: Biden increases to 5,000 troops to be sent to Kabul

See also  UK economy: Following a pandemic, millions of homeworkers may never return to the office.

See also  The United Kingdom has 54,674 cases, the highest rate in six months.