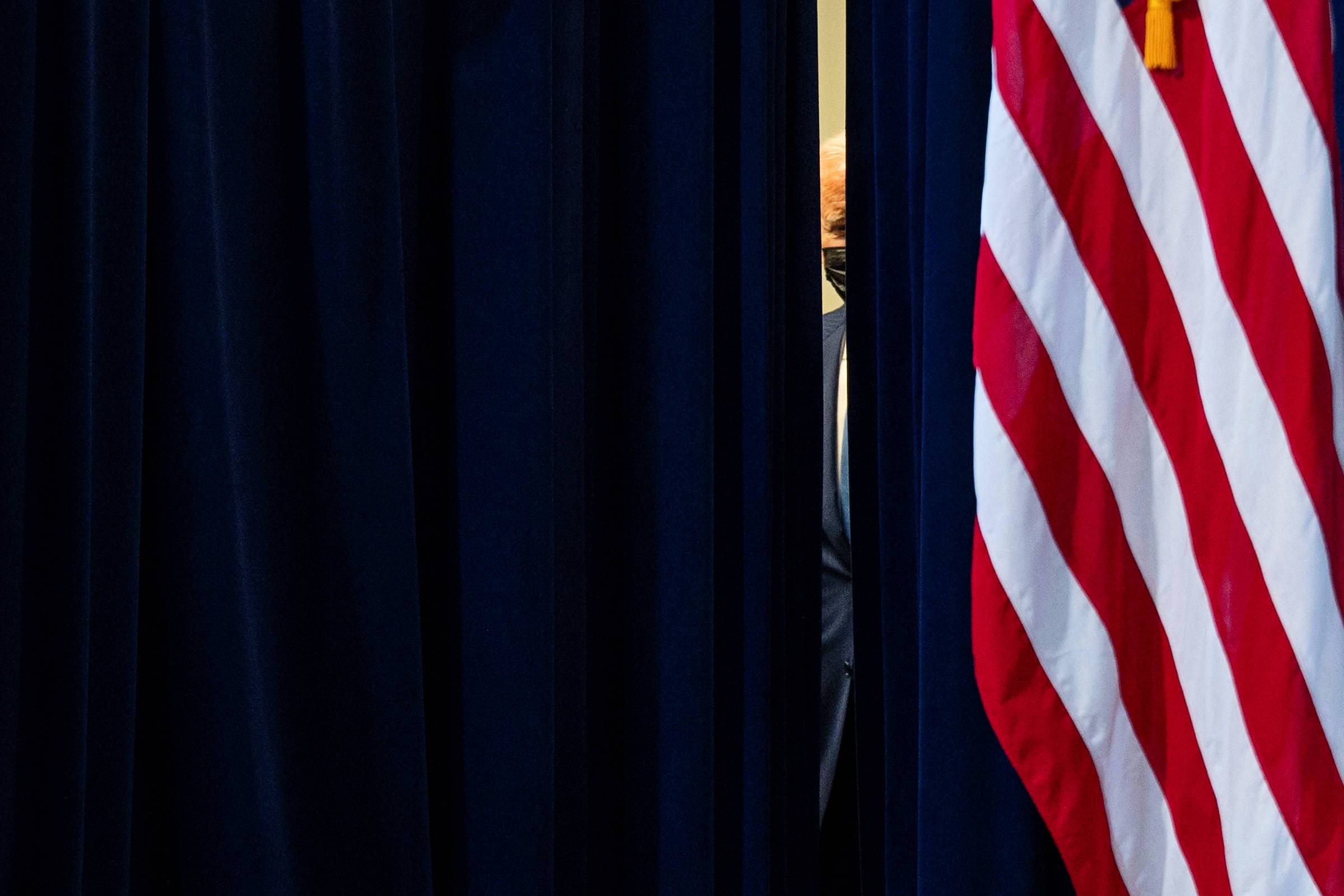 Joe Biden’s plans for this month included a vacation away from the White House. The rest, however, had to be postponed and given place to additional work to try to reverse the government’s worst moments so far and the shaken image. And August is not over yet.

The long-term impact of the current crisis is still uncertain. A Reuters / Ipsos poll found public health and the economy as the top concerns for Americans (16% and 15% respectively), followed by the environment and immigration. Terrorism and war are at the bottom of the list: only 4% consider them a central topic – this figure is not high even among Republicans. And about 60% of Americans support the withdrawal from Afghanistan.

Biden has received good acclaim since taking office in January thanks to improved pandemic management and economic advances. During this period, there was a decline in unemployment – currently by 5.4% – and an increase in GDP. In the second quarter, growth was 6.5% over the same period in 2020, and the US economy surpassed its pre-pandemic size.

The president’s fate began to change in July, with a new increase in Covid cases fueled by the spread of the delta variant and American resistance to coronavirus vaccinations. The number of new daily cases has again exceeded 150,000 (it has not happened since January), and the number of deaths is at 1200 per day – a quarter of what was in the worst moments, but well above 300 daily deaths. Two months ago.

The crisis in Afghanistan erupted on Aug. 15 when, after defeating Kabul, the Taliban regained control of the country, which Biden said there was little chance of it weeks earlier. The conquest took place before the Americans completed their scheduled withdrawal on Tuesday (31), followed by scenes of chaos at the Kabul airport. Among the thousands of Afghans trying to escape were those who tried to hold onto planes during takeoff.

The situation has worsened in recent days. On Thursday (26), a terrorist attack near the airport killed more than 180 people in the attack, which was reported by EI-K, the Afghan arm of the Islamic State. The terrorist group, which was at a low level after being expelled from the territories it occupied in Syria and Iraq, continued to prove itself capable of destruction – the American retaliation took place at dawn on Saturday (28), back on Friday night in Brazil, with the attack. drone aimed at the “organizer” of attacks.

Biden, who demonstrated his experience in international diplomacy and pledged to bring the United States closer to peace on the campaign trail, spoke publicly at least six times over two weeks to talk about the crisis. In all of them, he supported the decision to withdraw, but he began to feel that its consequences became even more inconvenient.

The day after the Taliban’s victory, trying to take a position, he washed his hands, accusing the Afghans: “We gave them equipment, but we cannot make them want to fight.”

He later admitted that the government was taken by surprise, but insisted that there was no point in extending the American mission. He stressed that it would be impossible to leave “without chaos”. He promised to help as many allies as possible, but said he could not guarantee the end result of the operation.

Last Thursday, a sad-faced Democrat appeared after the bombings and said he understood the pain of the victims’ families as he also lost his son Bo, who served in Iraq and died of cancer at age 46. He extolled American heroism, promised revenge, and in the end, sometimes looking stunned, asked reporters if they would choose to risk more American lives abroad.

Few Democratic MPs have publicly defended the president. Most of all he preferred to sympathize with the Afghan people. And the Republicans did not miss the opportunity to attack him.

Former President Donald Trump, who signed an exit agreement with the Taliban in 2020, said the withdrawal “was perhaps the stupidest step ever taken in our country’s history.” “There was no reason to run. It has the best military equipment in the world. … It’s hard to believe, because even a child would understand [esse erro]”, – he said in an interview with Fox News.

Opponents are trying to use the current crisis to convince the public that Biden does not know what he is doing. “Some Republicans are politically cynical. They attack Biden because if Trump did, they would never criticize him, ”says Jonathan Hanson, professor of political science at the University of Michigan.

“Almost no one had a strong desire to keep troops in Afghanistan for long.”

The main goal of the opposition is to regain control of Congress in the November 2022 midterm elections. Democrats have a small majority in the House of Representatives and Senate, and the loss of some seats could lead to a change of command. Biden is losing support for independent voters, which could be critical. According to a Reuters / Ipsos poll, 46% approve of his administration and 46% criticize him; two months ago, the approval was 52%.

Despite the warning signs, political scientists note that it is too early to say what will be remembered for the current crisis. “In foreign policy, a number of things happen and happen very quickly, and the average voter often does not take them into account. In legislative elections, domestic issues tend to carry more weight, ”says Williams Gonçalves, professor of international relations at UERJ. …

This week, House Democratic leadership reached an agreement with the Collegium to open up a vote on Biden’s $ 3.5 trillion welfare package and another $ 1 trillion infrastructure package. It was also used as a legislative maneuver to keep Republicans from blocking approval.

However, even among Democrats, there is still debate about the appropriate size of this social package and how to finance it. Voting is expected to take place before September.

“Democrats have done well in Congress and could have ended the year with a big holiday,” Hanson says. “But other factors, like Covid, which doesn’t seem to be going anywhere, and an economy that alternates between good and bad data, are creating uncertainty.”

In the Supreme Court, holding a conservative majority, Biden suffered two defeats: the judges determined the end of the federal veto to evict offenders during the pandemic and decided to keep the program that keeps immigrant asylum seekers waiting for a response in Mexico. The number of people trying to get there irregularly broke all records.

“Biden will be highly dependent on other powers to advance his agenda. His projects include sensitive issues such as tax changes, wealth and state size, which could lead to big changes. But the Republicans will try to prevent him from leaving the legacy, ”he analyzes Fernanda Magnotta, a researcher at the US Center for International Relations in Sebri (Brazil’s Center for International Relations). “The worst thing that can happen to him is to lose control of Congress next year.”

Before thinking about the future, Biden must decide whether to end the withdrawal from Afghanistan. The deadline expires on Tuesday (31), and he has already said that he will not extend it, even on requests from other countries. The White House itself warns of the danger of new attacks in Kabul. The president’s agony may last until September.