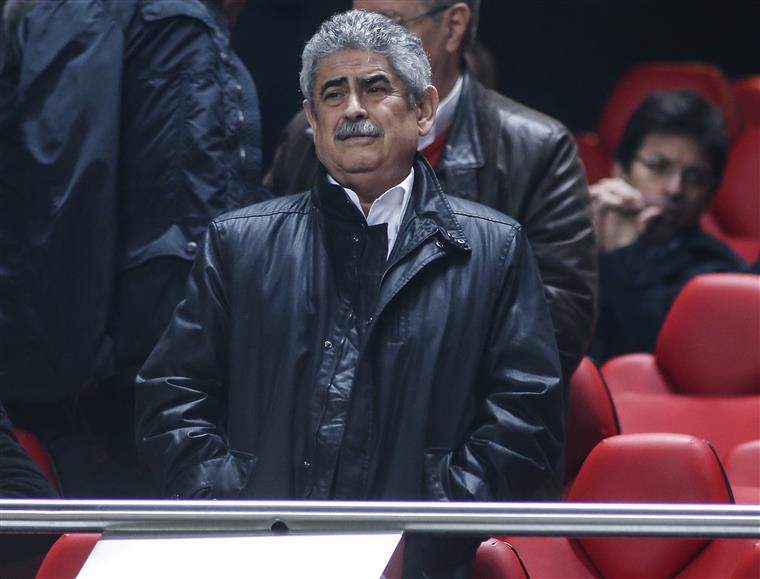 Luis Filipe Vieira undertook a series of banking maneuvers to pay off a debt to Caixa Geral de Depósitos (CGD) of more than € 30 million, with the result that these costs were included in the losses of the state bank and the Fund for Bank Settlement (FdR) In other words, to a greater extent for taxpayers – this is another of the conclusions to which the People’s Deputy made an operation on a “red card”.

It all started almost ten years ago when Votion – Investimentos Imobiliários, SGPS, one of the companies in the construction group Promolavor, which is owned by the President of Benfica – faced the need to pay CGD an accumulated debt of 31 million euros. to liquidate which the state bank was pressured by the demands of austerity and financial recovery, imposed at the time by the troika, which had just landed in Portugal.

Thanks to the trusting relationship he established with Ricardo Salgado, on December 28, 2012, Luis Filipe Vieira was able to obtain a loan of 7 million euros.

The loan was obtained as a result of the entry into the market of Imosteps, another founder of the company aiming to invest in Brazil, in Opway, the construction company Espírito Santo Group (GES), also led by Salgado, an operation in which BES was also financing the Vieira group. In fact, on the same day President Benfica received a personal loan, BES also funded Imosteps to invest in Brazil in the amount of EUR 34.5 million – the first of several loan tranches that the company was to receive in the following months from a bank in Salgado.

See also  It’s goodbye for Stein Mart, the Florida retailer will shut each and every retail store

From his personal loan, Vieira transferred 6.5 million euros to Votion’s accounts to pay this amount to CGD. With regard to the remainder of Votion’s debt to the state bank in the amount of 24.5 million euros, the Benfica leader transferred to Caixa 50% of Fundo Imobiliário Fechado Real Estate in its corporate environment, estimated precisely at this amount.

As of December 31, 2012, the equity value of this fund was estimated at 51.5 million euros, so by owning half (25.75 million euros), CGD even seems to have struck a good deal with an immediate profit of 1.25 million. Euro. The problem is that the Real Estate Fund had a negative record as it had accumulated losses of 38.32 million euros at the end of that year. And this path continued in the same direction, presenting the fund at the time of the last financial statements published on December 31, 2019, with a loss of 85.8 million euros. This means that at the moment, when the property is in the liquidation stage, CGD risks losing close to the amount of 24.5 million euros that Vieira wrote off with a donation of half of the fund. The losses, which will be supported by the recapitalization of Caixa in recent years, comes in part from public funds.

The amount of loans provided by BES Imosteps reached 54.3 million euros in just over a year and a half, with the last of the five tranches of 8 million euros being disbursed in July 2014, just two weeks before the Passos Coelho government’s decision. for the bank’s decision (due to Ricardo Salgado’s inability to free his accounts from the Reds), which led to the birth of Novo Banco, to which Vieira’s debt was transferred.

See also  Trump Says Coronavirus Vaccine May Be Delivering Soon: 'A Very Big Surprise Could Be Waiting For You'

However, a few days before the disappearance of BES, the President of Benfica used the last loan provided by Imosteps to put this money into his personal account and still manage to pay off the debt he took in December 2012 with the bank in Salgado, which for this time, taking into account accrued interest, reached 7.7 million euros.

Thus, Vieira’s debt to BES no longer belonged to him and amounted to more than 54 million euros, which Imosteps received on a loan from the same institution and which were transferred to Novo Banco.

This was the very debt that President Benfica, through behind-the-scenes maneuvers and with the help of his friend José António dos Santos (known as the “ King of Chicks ”) as a frontman, had to manage in last August in order to return to his personal financial the sphere, paying only 9 million euros (about one-sixth of the amount), after Novo Banco decided to sell a portfolio of loans considered bad (including Vieira).

The operation, whose large losses were largely attributed to Novo Banco FdR (a financial mechanism introduced by the troika and created by banks, including CGD, to respond to crisis situations in one of them), was viewed by the Ministry of Public Administration as a fraud. to the same fund (which is financed from the state budget), so this was one of the reasons why the authorities launched Operation Red Card last week, which resulted in the temporary detention of Vieira, his son Thiago Vieira (member of the Votion board), Jose Antonio dos Santos and lawyer and sports entrepreneur Bruno Macedo.

How much do express tests sold in supermarkets cost?

See also  Porsche Announces It's Investigating Suspected Gas Engine Manipulation — How Bad Could It Be?