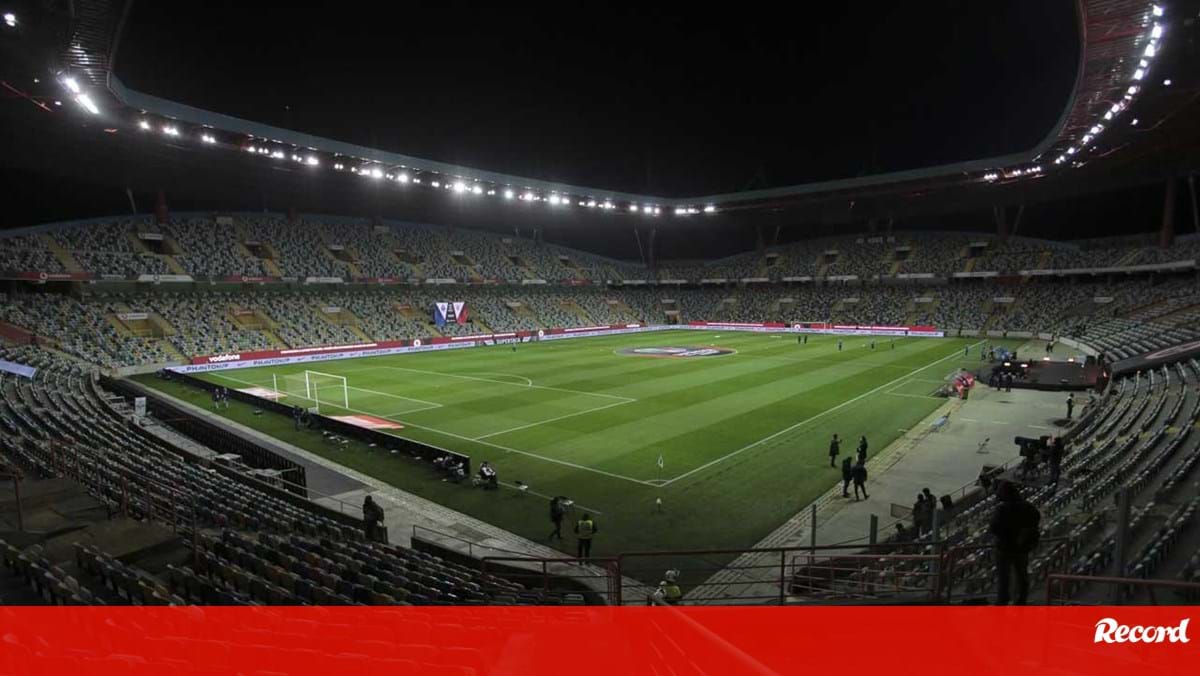 The Portuguese Football Federation (FPF) announced that the Candido de Oliveira Super Cup between Sporting and Braga, which will take place on the 31st, will use 33 percent of the capacity of the municipal stadium of Aveiro (which has a capacity of about 30 thousand). According to the note, the decision “was made by the General Directorate of Health in agreement with the Government and the FFP”, and the available seats “are intended only for supporters of the two clubs.”

FPF also announced the conditions for access to the stands during the pandemic: – A valid digital Covid-19 certificate confirming full vaccination, or
– a negative PCR test performed 72 hours before the game, or
– Antigenic test with a negative result, carried out 48 hours before the game.
– Body temperature below 38 ºC, due to temperature control when accessing the body.
– In addition to these conditions, constant use of a face shield and physical distance is mandatory.

Super Bowl tickets will go on sale Friday, with both clubs being responsible for the process of defining acquisition criteria, and Minho has already announced the terms.

According to the warriors, “the sale will take place in the official stores of the club (Braga Parque and Liberdade Street Fashion) and at the box office of Estádio Municipal de Braga at the following prices: Category 1 – 20 euros; Category 2 – 15 euros; Category 3 – 10 euros “.

“On July 29 (Thursday) and on the morning of July 30 (Friday) until 13:00, tickets will be sold exclusively to members occupying an annual seat, with a set quota for June. 30th (afternoon)) and 31 July (until 13 : 00), if tickets are still available, the sale will be open to other SC Braga members. When buying a ticket, each SC Braga member must be accompanied by their membership card and Citizen Card. For epidemiological reasons, SC Braga will have to ensure that each the ticket is associated with a specific member, not transferable. The information we need to get from the member is name, date of birth, citizen card number, user number and phone number. The minimum age to purchase a ticket is 6 years old and members under 12 years old who have a valid ticket for the game are exempt from paying tax to submit a COVID certificate or antigen test ”, can also be read in the press release of Sp. Braga.

“The Municipal Stadium of Aveiro, which will host the match between Sporting CP and SC Braga for the 2021 Cândido de Oliveira Super Cup, will be filled with fans from both clubs to 33 percent of its capacity.

The decision was taken by the General Directorate of Health in conjunction with the government and the Portuguese Football Federation.

The Aveiro Municipal Stadium seats are reserved for the fans of the two clubs that have won the Candido de Oliveira Super Cup.

Holders of valid tickets to the game will, in addition to the usual conditions of access and stay at such sporting events, comply with the requirements and guidelines issued by DGS for entering the sports facility, namely:

In addition to these conditions, a protective mask must be worn at all times and a physical distance must be maintained.

The ticketing process will be the sole responsibility of Sporting CP and SC Braga and they are responsible for determining the criteria for purchasing it.

Both clubs have agreed to sell tickets for the game, which starts on July 29th.

FPF will provide testing services (antigen tests) to match ticket holders. In cooperation with the Portuguese Red Cross, the operation will take place on July 30 and 31 at the stadiums José Alvalade and Municipal de Braga. The cost associated with this FPF supported test is € 10.

See also  Lukaku, De Bruyne and the unknown danger. Who is this Belgium? - Observer

To facilitate access to the Aveiro Municipal Stadium and to avoid delays and long queues on game day, all ticket holders are required to have special event-specific bracelets.

This bracelet, necessary to speed up the entrance to the sports facility, can be obtained by fans after confirming compliance with the current health regulations in the following places:

– at the stadium. José Alvalade and the municipality of Braga on July 29, 30 and 31 when buying a ticket and / or performing an antigen test
– on match day at the Municipal Stadium of Aveiro, in the parking areas reserved for the fans of the two clubs.

A BOLA – Alfa Semedo rights with an option of € 1.5 million (Vitória de Guimarães)

See also  Lukaku, De Bruyne and the unknown danger. Who is this Belgium? - Observer