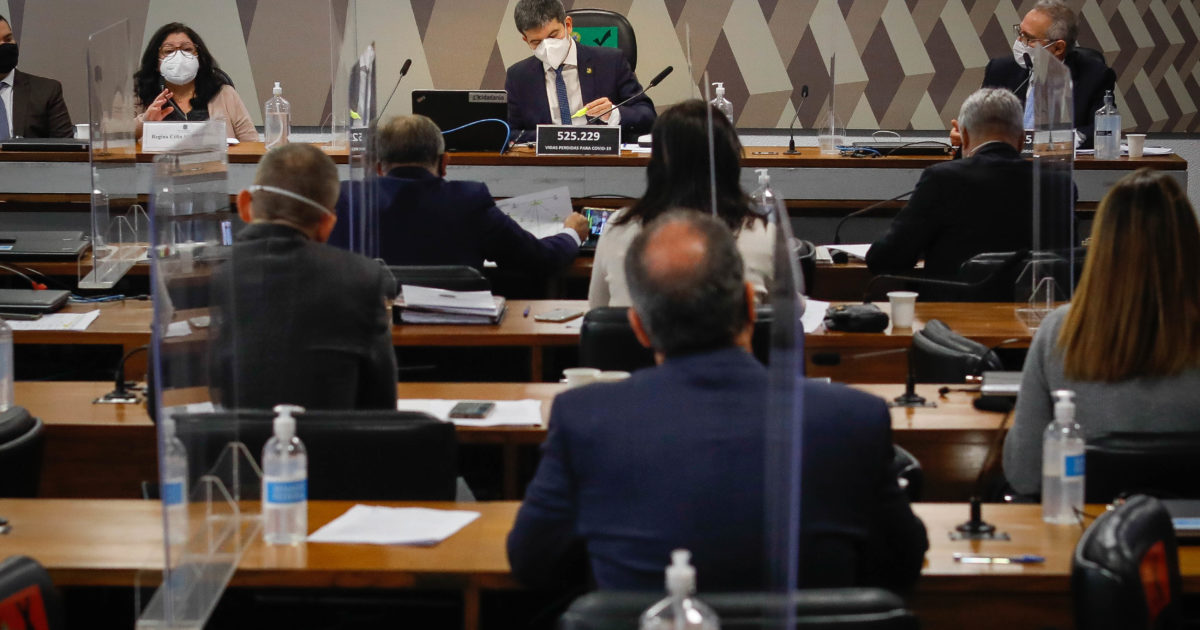 The CPI (Parliamentary Commission of Inquiry) on how the government dealt with the covid-19 pandemic has a political evolution that will have implications for the Brazilian economic environment. While the government coalition has made efforts to defend its administration, the fact remains that many new facts revealed by senators – from the existence of a cabinet, parallel to proven delays in responding to pharmaceutical companies going through new allegations of attempted corruption in the procurement of vaccines – this should affect not only on the image of the president, but also on his support in the Congress itself. This means that the government’s business support agenda is likely to have further delays or blurring.

What can you expect from the CPI results? First, the very composition of the CPI – mostly independent and opposition senators – means that a negative outcome for the government is almost inevitable.

The CPI is expected to provide a compelling account of the government’s refusal to buy vaccines, its investment in ineffective drugs, and the omissions that led to oxygen shortages in Amazonas in January.

In addition, testimony about alleged corruption schemes in the procurement of vaccines is already beginning to lead to specific consequences beyond the CPI, such as a request from the Attorney General’s Office to investigate whether the President committed a malfeasance in office. These advances increase the risk of government exhaustion, especially with the widespread media coverage of the commission’s work.

In Congress, CPI reflexes should weaken the ruling coalition by limiting the executive’s ability to approve proposals in its best interest. Legislators must take advantage of the president’s vulnerable position and push their own plans, making it difficult to secure support for austerity measures advocated by the economic team.

Thus, the environment became less inclined to approve comprehensive tax and administrative reforms over the next 18 months. The cutting of tax reform is one of the signs of the erosion of the original plans of the Minister of Economics Paulo Gedes, and the proposals already presented should still be softened in Congress.

Bolsonaro’s reaction to the changing political landscape can also affect the business environment. According to polls, the president’s approval ratings remain low. In addition, the STF rehabilitated the political rights of former President Luis Inacio Lula da Silva (2003-2010), who currently leads polls on intent to vote in the 2022 presidential election.

Although the elections will take place only 15 months later, and Lula’s leadership is far from final, Risk control hopes the government will reconsider its support for unpopular policies, and is more willing to resort to patronage negotiations to secure support for Bolsonaro’s re-election. Both trends have a significant impact on the formation of economic policy.

To limit the damage to its popularity by the CPI and with an eye on the 2022 elections, Bolsonaro must resort to increasing government spending. To this end, the government is taking advantage of an indirect improvement in the external scenario and higher-than-expected growth in the domestic economy, which should lead to short-term fiscal relief. In parallel, the discourse on financial responsibility of Guedes will continue to lose ground next year.

It was in this context that the reaffirmation of the need for a new extension of the “emergency aid” this year was reaffirmed. The pandemic mitigation program saw a significant increase in the president’s approval ratings when it was first adopted in 2020, and the government hopes that the new version, albeit less reliable, will have similar effects in 2021. The Bolsa Família program planned for this year follows the same logic.

Bolsonar should also continue to use populist measures targeting certain groups of supporters as a strategy to maintain electoral competitiveness in 2022. In this context, the focus is on loosening gun controls, tax incentives for the gaming industry, fuel subsidies for truck drivers and toll exemptions for motorcyclists (in future road concessions), and real estate loan subsidies for employees. police.

In an effort to expand its base, the government must place increasing emphasis on the socially conservative agenda of Congress, which includes agendas such as regulating home education (home schooling). The debate over the implantation of printed ballot papers for the 2022 election is another topic that will remain in presidential speeches as it is well received by the pickpockets.

While these topics have been part of the presidential campaign since they have become the focus of attention at the Palácio do Planalto, they will lead to a dispersal of government efforts and should further complicate the promotion of programs, which could lead to an improved business environment in the country.

Thus, when trying to distract public attention from the negative impact of the CPI or trying to maintain support for its electoral base ahead of the 2022 elections, issues previously considered central to business, such as structural reforms, should remain in place. in the 2nd plan, without significant progress in the next 18 months.

Dollar could be lower without political uproar, says Gedes