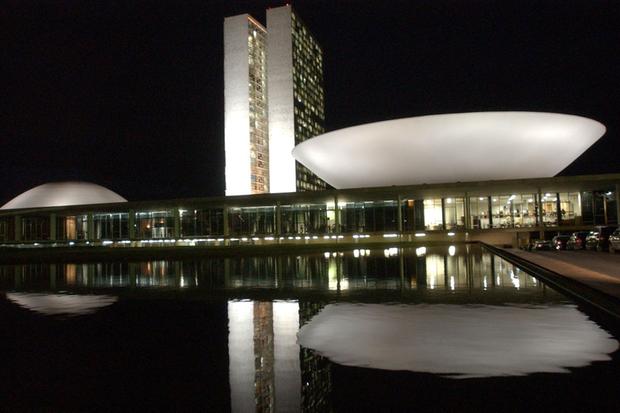 Mayor Arthur Lira raises the question of the possibility of introducing the system in 2026.

A system of government in which the president is elected by popular vote, but shares executive power with parliament, represented by the prime minister, in addition to holding the office of head of state. In short, it is the concept of semi-presidency, a topic that has returned to Brazilian political debate after House President Arthur Lear (PP-AL) confirmed that the House of Representatives is discussing the possibility of applying the model in 2026.

Lira said on her social media earlier this week that changing the current presidential system to a semi-presidential one could reduce political instability in Brazil. He reiterated that this topic had already been discussed in the Chamber at another time and that it could return to the agenda. In Congress, opposition lawmakers oppose the bill because they believe it was proposed to reduce Lula’s power if elected in 2022, as the PT is in the forefront of the vote.

In practice, under a semi-presidency, the president of the republic, deputies and senators will continue to be elected by popular vote, with the difference that the executive will also be led by a prime minister, indirectly elected by parliament.

Typically, in semi-presidential countries such as Portugal and France, the president holds the office of head of state, deals with foreign policy and the military, but shares executive power with the prime minister, who is more in charge of internal state affairs.
In contrast to pure parliamentarism, in which the president plays only the role of the head of state, and the government only plays the role of the prime minister.

The argument of supporters of a semi-presidential system of government or even parliamentarism is that they are less sensitive to political crises, which was confirmed by the Chairman of the Chamber, speaking on this issue. This opinion is confirmed by the lawyer and specialist in constitutional law Akasiu Miranda.

“Under a semi-presidential system of government, regardless of the political crisis, when the government is removed, the president remains, that is, you keep an elected figure at the head of the state, but you change managers. This gives the system more confidence and stability, ”said Miranda.

But, he said, the proposal will only be viable if it takes more time to discuss it. “To discuss this after 2026, I think it is reasonable, because otherwise the project would be stillborn,” the lawyer said.

According to the former Minister of Education and Professor of Philosophy at the University of São Paulo (USP) Renato Janin, changing the state system would mean the need for political re-education of the population, and this situation will take time.

Malko Camargo, professor of political science at the Pontifical Catholic University (PUC Minas) and director of the Institute for Policy and Strategy, also advocates the need for deep political reform before thinking about changing the system.

There are two possible ways to change the current system of government in the country. One of them is a plebiscite, as was the case in 1963 and 1993, when the population decided by voting whether to change or not.

Another alternative is to amend the constitution, which must be approved by the National Congress in 3/5 of the plenary session in both the Chamber of Deputies and the Federal Senate, that is, 308 votes among deputies and 49 among senators.

In the understanding of the constitutionalist Akasiu Miranda, Congress would have the opportunity to put the issue to a general vote, but a proposal for an amendment to the Constitution (PEC) would be enough to authorize a new model.

“We will not change the state regime as a whole, therefore, in my understanding, PECs are enough. If the proposed change, for example, concerned pure parliamentarism, in which the elected president would lose all governmental and administrative functions, that is, a large gap in the system, then I think the plebiscite would be more necessary, ”the lawyer says. …

In the case of PECs, PUC political science professor Minas Malko Camargo doubts the proposal will be approved by the National Congress.

“It is important to say that this model does not have a minimum number of signatures to be processed in the Chamber, and that there is no consensus in the legislature. Knowing this, a proposal was put forward for validity until 2026, so that there would be more time for the debate to mature, ”said Malko Camargo.

This is not the first time the Brazilian political model has been discussed. For example, PSDB, which ruled Brazil from 1995 to 2002 during the reign of Fernando Henrique Cardoso, was founded, among other things, to protect the parliamentary system.

Debate usually occurs in Brazil at times of political crisis when the federal government loses its ability to speak to Congress, especially when support for the impeachment of the president grows.

Between 1961 and 1963, with the inauguration of João Goulart as President of the Republic, succeeding Gianiu Cuadros, who had resigned, it was agreed with the opposition and the military that Brazil would be governed by a parliamentary system with three prime ministers: Tancredo Neves, Brocado da Rocha and Hermes Lima. This was the only period in the entire history of the Brazilian Republic when the country was governed according to this model. In 1963, in a referendum, the population voted for a return to the presidential system, returning Django to government functions.

Brazilians returned to the polls in 1993 to choose a system of government in a plebiscite provided for in the 1988 constitution. Options include a parliamentary monarchy, a parliamentary republic, or a presidential power. Voters chose the latter option, gaining over 80%, and retained the current political system.

Even the political scientist and PUC Minas professor, Malko Camargos, has a profile of the Brazilian electorate who is not inclined to sympathize with any other system other than the presidential one.

“The people of Brazil are opposed to the political class and are afraid of some of the decisions they make. When the population realizes that with a semi-presidency the power of parliamentarians increases and that important decisions concerning their lives are passed into the hands of parliament, the population even begins to fear this, ”he assesses.

USP philosophy professor Renato Janine emphasizes that presidential power is ingrained in the political culture of the Brazilian electorate and could hardly have changed without some basic work.

“It will be a culture change, and you will not change culture with a snap of your fingers. Brazilian society has rejected this twice already and would certainly reject the third if it is put to the vote now or in 2026, as they propose, ”the professor said.

The Planalto Center is public funds for civil servants, says the political scientist.

See also  Covid-19: pope vaccination has become a political issue in the US - world
Continue Reading