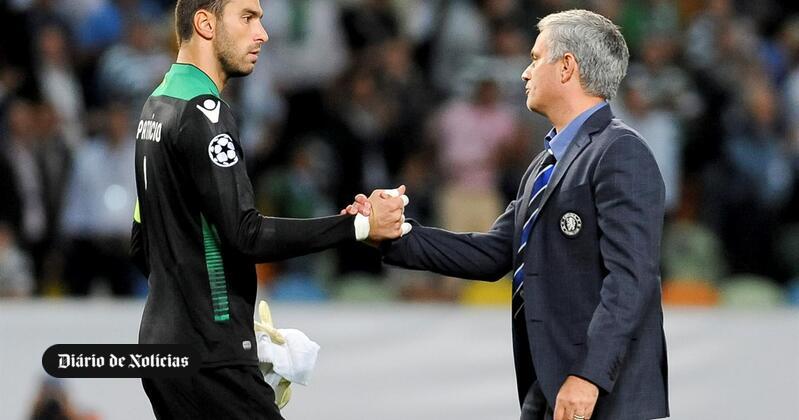 Jose Mourinho is very close to providing Portuguese reinforcements for Roma’s gate. 33-year-old Portuguese player Rui Patricio will leave Wolverhampton for the Italian club for about 10 million euros. Patricio will be the 13th Portuguese to sign a Special One in foreign clubs in a saga that began in 2004 at Chelsea and has already forced the clubs he has coached to spend 150 million euros in Portuguese.

Whenever he coached foreign emblems, Mourinho had the Portuguese on his teams. And Rome will be no exception, with the almost inevitable acquisition of Rui Patricio. It all began in the famous summer of 2004, when the coach from Setubal, after a season at Porto, where he won the league and championship, was seduced by the millionth project of Roman Abramovich and headed to Chelsea.

Before he touched down in London, Mourinho quickly secured a settlement for the three Portuguese national team players. Ricardo Carvalho, Paulo Ferreira and Tiago traveled to England, to which was added the lesser known name of Nuno Morais, then a young man from Penafiel. The first three cost Stamford Bridge 62 million euros, and the last, represented by Jorge Mendes, moved free. Years later, in 2006, goalkeeper Hilario (free) and Maniche (provided by Dynamo Moscow) arrived.

Mourinho’s first time at Chelsea lasted until September 2007. The coach was unemployed for only a few months, and on June 2, 2008, he was announced as coach of Inter Milan. In August, Portuguese Ricardo Quaresma arrived at Inter. € 24.6 million, including a pass to Pele, the player who made the opposite route and signed with Porto.

After Inter, where he won another Champions League, two Italian leagues, one Italian Cup and one Italian Super Cup, Mourinho went to Real Madrid in the 2010-11 season. To strengthen the center of the defense, he demanded the hiring of Ricardo Carvalho, who left Chelsea for eight million euros, to find a coach with whom he worked at Porto and at Stamford Bridge. Next season, the Portuguese wish again: Fabiu Coentrau left Benfica and moved to Real Madrid for 30 million euros. Pedro Mendes has arrived on loan from Sporting.

On 20 May 2013, Real Madrid announced that Mourinho would no longer be coach. And in less than a month, he again signed a contract with Chelsea. However, in the second half with the Londoners, the coach did not sign a single Portuguese player.

In May 2016, Manchester United followed. In the first season, Mourinho did not recruit Portuguese reinforcements, but in the second season, young defender Diogo Dalot arrived at Old Trafford, leaving Porto for € 22 million.

Fired in December 2018 by a club run by the Glazer family, Mourinho waited a year or so to return to business. Another time at the English club, this time at Tottenham, to replace Mauricio Pochettino in November 2019. Since the transfer period had already ended, he waited for the Portuguese to enter the January market. The chosen one was Gedson Fernandez, who came from Benfica on a loan, even if paid, in the amount of 4.5 million.

Throughout his career as head coach, which began at Benfica in 2000, Mourinho has hired several goalkeepers. Petr Cech, contrary to what you might think, despite arriving at Chelsea at the same time, was Claudio Ranieri’s choice. But Special One took Asmir Begovic (€ 11 million) to the London club, in addition to the Portuguese Hilariu. And at Inter, he signed a contract with Emiliano Viviano (seven million).

During his time at Real Madrid, he signed with Diego Lopez of Sevilla (3.5 million), which was much talked about. In fact, the phrase Setubalense became famous at a conference in May 2013. “Casillas? I like goalkeepers with a different profile better. Likewise, Casillas may say that he likes coaches like Del Bosque or Pellegrini better. Real Madrid will always play. Diego Lopez. This is my decision, ”he said then.

A vacation abroad, in a country where the Portuguese wrote in their own language.