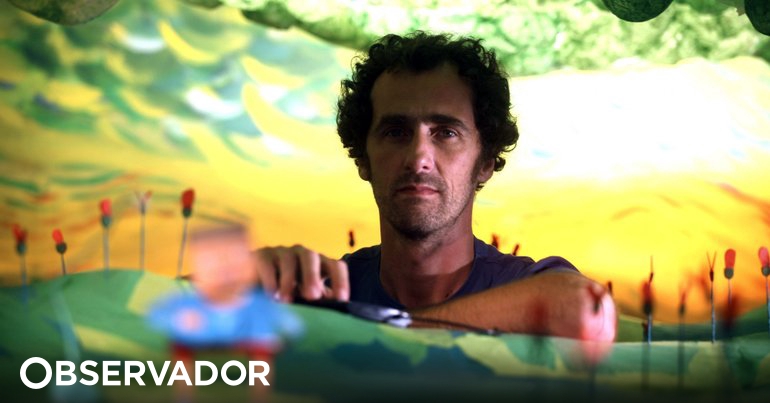 A feature film, a mini-series about democracy and freedom and several short films from the new studio will debut in 2022, indicating “Vitality, Youth and Diversity” of Portuguese Animated Films.…

This Friday, this praise was given by the director of the Lisbon Animation Festival – Monster Fernando Galrito ​​in the morning during a public presentation in Lisbon of some of the animation film projects that are currently underway, even if they are covered by a pandemic.

One of the presented projects was “Niola“, The first animated feature film by Jose Miguel Ribeiro, due to be completed in March 2022, almost ten years after the start of the project.

Praça Filmes is working with France, the Netherlands and Belgium with a budget of 3.2 million euros and guaranteed international distribution. The screenplay was written by Virgilio Almeida from the play “Caixa negra” by José Eduardo Agualusa and Mia Koutu.

The narrative crosses three generations of women, amid the civil war in Angola, will intersect with 2D and 3D animation, with the visual identity of Jose Miguel Ribeiro and the participation of Susa Monteiro.

This Friday at the Monstra festival, a few weeks after Niola’s presentation at the Annecy (France) festival, José Miguel Ribeiro explained that the film is being shot simultaneously in four directions – in four co-producing countries. – and with professionals divided into subgroups due to the pandemic.

In this Friday session, the producer / director duo Vasco Sa and David Dowtel presented a series of short films in production, as part of the animation studio BAP, a newly created structure that became independent from the production company Bando à Parte, created by Rodrigo Areias.

BAP is used to produce at least five animated short films, which are scheduled to premiere in 2022. As a joke, Vasco Sa asked Fernando Galrito ​​to spend a few more days at the festival to show all the films.

Among them are “Garrano”, the final stage of collaboration between David Doutel and Vasco Sa, “O Homem do Trash” by Laura Gonçalves and “O Homem das Legs Altas” by Victor Hugo Roche.

Animanostra, one of the oldest producers of animated films, decided to present the project “Andrew, rock and wave“Cartoonist José Bandeira in a two-episode mini-series about democracy, freedom and the revolution in April 1974, supported by the RTP.

After 40 years of drawing political cartoons every day, José Bandeira said he was moving towards animated films with a project “memorial but not generational,” “symbolically loaded” about dictatorship and democracy, aimed at the general public.

This project, according to producer Umberto Santana, raised doubts and showed that “there are still very serious taboos” as it is a cartoon project that tells the story of a PIDE inspector and his son, who grew up free.

Animals manufacturer has five short films in finalizationslated for completion in 2022, featuring Martha Monteiro’s Sopa, a tale of domestic violence, and Monica Santos’s Pink Coat, a symbolic musical about former Political Police Inspector Rosa Kasako and where the characters are clothes.

A Sardinha em Lata, which is currently producing Nuno Beato’s feature film “Demons of My Grandfather”, has presented a pilot episode of the children’s series “Alice’s diary“Brazilian director Diogo Viegas, and his portfolio includes the series Pete and Byrne and The Saskatoons.

Most of these productions receive financial support from the Film and Audiovisual Institute (ICA), but financial assemblers and working groups often rely on the viability of international co-production…

According to the latest ICA data, there are currently more than 50 animated film projects in development, at various stages of production and which, given the slowness of production, are prompting tenders for financial support over several years totaling 8.5 million euros.

The Lisbon Monstra Animation Festival, one of the annual stages of the Portuguese Animated Film Exhibition, ends on Sunday.

Nehemiah Keta, the first Portuguese to join the NBA, and everything we know about him – Weaver

See also  Bo Parfet Sits Down With Don Wenner to Discuss Impact Investments, Philanthropy, and Finding Your "Why"