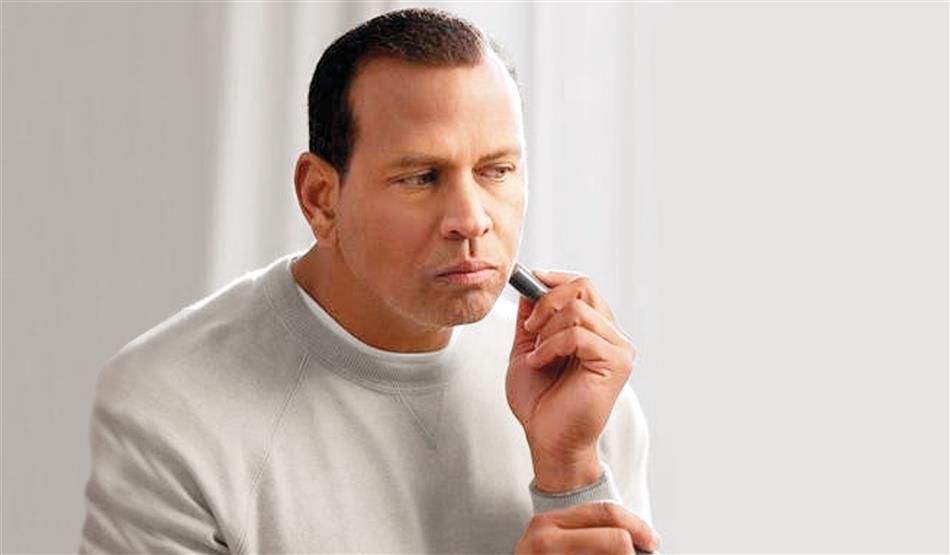 Last May, former baseball player Alex Rodriguez (known worldwide for dating singer and actress Jennifer Lopez) surprised the audience by announcing his first makeup product, The Blur Stick, a flaw corrector released on the set of menswear brand Hims. … As an athlete, 45 years old and “the stereotypes of masculinity that surround him”, this will not be the “expected role model” for a man who gives his face to the cause. But the truth is, this isn’t the first time a man has broken the “norm” in recent years: singer Rihanna, who introduced her cosmetics brand Fenty Beauty in 2017, was one of the first to include men. in his project pulls stars like British actor Daniel Kaluuya, who used one of his bases for the 2018 Oscars; and rappers A $ AP Rocky and Lil Nas X, who were brand ambassadors.

Rapper Lil Yachty also launched a series of nail polishes this year, according to his website, “for all genres.” “If you think nail painting is a way to show your creative side, if it fits your aesthetic, you shouldn’t be judged for it. The opinions of others should not determine what you want to do. This line reflects that. “

A GROWING TREND IN THE COSMETIC MARKET While this “deconstruction” is largely the result of social media posts and publications by internationally renowned artists who want to demystify the issue, more and more brands are emerging that are “embracing” this “phenomenon.” Jean Paul Gaultier began pioneering the “way” in 2008 with Monsieur, a line of beauty products for men, despite the understanding that he would be betting on a market that was “not yet ready.”

But the paradigm shift has been welcomed by other companies in the sector hungry for a new market. Brands have shown more and more attention and interest by launching grooming and cosmetics lines for men. Chanel, for example, announced in August 2018 a makeup line for men, consisting of foundation, lip balm and eyebrow pencil. The same has happened with other brands such as Yves Saint Laurent, Tom Ford, Menaji and Myego, which in 2019 created specialty products for men like eyeliners, dark circle correctors and self-tanning creams, following a commercial strategy. which envisions came to globalization “gradually”.

Two or three years ago, few men started using this type of product: according to a 2013 study by The State of Men, although 54% of men already used moisturizers or eye creams, only 9% used foundation, 11% bronzer and 10% Corrector. But times have changed and the most recent research points to an evolution in this sector. A 2019 study by Morning Consult found that a third of Americans under 30 would consider wearing makeup, and that number drops to 23% when age is removed. Also, according to the consulting company Grand View Research, in 2019 the global market for men’s cosmetics reached $ 47,500 million (approximately 39 billion euros). In Portugal, the percentage of men using facials rose to 84%. A 2019 study by L’Oréal Portugal also found that 75% of Portuguese men have already used beauty products, and 89% actually played an active role in the selection and purchase of the products they use. However, 64% still use unisex bands.

QUESTION “UNISEX” “Because most of the male population is still reluctant to buy products that are considered feminine,” Romain Carrega, CEO of the Shiseido brand, explained in a statement to Spanish newspaper El País. combining moisturizer, correcting pencil and eyebrow pencil) in its new release, deciding to exclude the word “make-up” from the “presentation”. “On the one hand, we want our consumers to understand that this is part of their concern and another step that can be included in their daily routine. On the other hand, if we decide to classify them as “unisex makeup”, they will be located on the shelves intended for women at the point of sale, which will make men resist, ”she explained.

See also  Rita Pereira shows up in a daring dress, and fans react: "Awesome as always..."

While agents in this sector tend to approach the “gender-neutral message,” the reality cannot be “ignored” as packaging suits every preference and need. Olympia Pallares, director of marketing for the Givenchy brand in Spain, who recently launched the Mister de Givenchy line, explained to the same newspaper that the brand was designed to “attract those far behind,” thereby expanding its audience. Something similar happened with Nyx, who, while she didn’t change the presentation of her products, decided to change her message: “We started out with innovative campaigns with some men. […]… Now we are bringing this into everyday life, we want men to understand that they can use the products every day, ”explained Silvia Pellissa, head of the brand.

A JOURNEY TO THE PAST The point is, over the years, the idea that dark circle correctors, foundations, lipsticks, and eyelash masks are exclusively for women has been shattered. But if we set a timeline, we may be surprised at realities that often elude our memory. In ancient Egypt, for example, wearing an eyeliner (which appeared around 4000 BC) was something that only a person of high standing could do; in ancient Rome, men also used red pigments on their cheekbones (today it is considered a blush), and many painted their nails with a mixture of fat and pig blood (a characteristic that made them attractive). In other words, for millennia, makeup has been used by both sexes as a “ritual of overall beauty and without any prejudice.”

In the 16th century in England, Isabella I, makeup was already very popular, it was considered a symbol of high status. The gentlemen underwent beauty treatments that included egg and honey masks to smooth out wrinkles and exaggeration of white powders, which at the time were produced using harmful lead (now considered toxic). A century later, King Louis XIII of France, better known as Justo, brought wigs into fashion among French men of the time, who went bald at the age of 23.

The aristocrats continued to wear their powders and wigs until the Church intervened in the mid-nineteenth century, believing that the use of this type of cosmetics would be just a common resource “among prostitutes.” Reaching the 20th century (crazy 20s and 30s), with black and white cinema, accent makeup was necessary to show the desired result on the screen. Since then, every decade has been released, and there are several stars who are considered the pioneers of this phenomenon, such as David Bowie, Freddie Mercury, Elton John, Prince, Boy George and Jared Leto, who have used extravagant makeup as their brand image. In addition to singers and actors who already use cosmetic products in this century, French President Emmanuel Macron spent 26 thousand euros on makeup in the first 100 days of his reign.

This business reality is increasingly present on social media, especially on Instagram, with a series of handsome guys (the name is given to young people who give their face to brands and take lessons on how a man should apply makeup). In 2016, CoverGirl announced James Charles with 7.8 million Instagram followers as its first male ambassador for an eyelash mask promotion campaign.

In Portugal, the road is still “long”, but more and more men are preoccupied with their aesthetics and get rid of stigma and prejudice by using all kinds of cosmetic products.

Youtuber dies after falling in the Alps while filming a video

Goodbye Claire and Olivia. Here is the first image of the coming Queen Elizabeth II in The Crown – Culture

See also  Rita Pereira shows up in a daring dress, and fans react: "Awesome as always..."