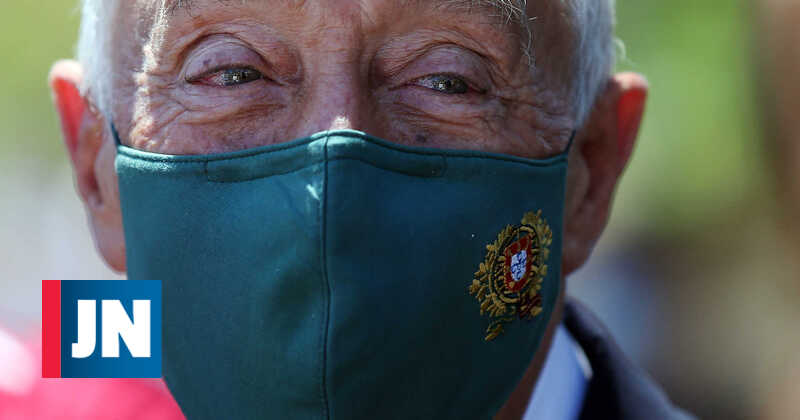 President of the Republic Marcelo Rebelo de Sousa plans to travel to Brazil later this month to open the Museum of the Portuguese Language in São Paulo, rebuilt after a fire in 2015.

In a letter sent to the Assembly of the Republic last week, the head of state asked for consent to this visit, noting that it is scheduled for the period from July 29 to August 3 to attend the opening ceremony of the museum.

This will be the fifth visit of Marcelo Rebelo de Sousa as President of the Republic to Brazil, where he was in his first year in office, in 2016, in connection with the opening of the Olympic Games, when he also visited Sao Paulo and made a short visit to the Museum building. Portuguese, confirming the commitment of the Portuguese state to its reconstruction.

São Paulo state authorities announced earlier this month that, closed after a fire in December 2015 that destroyed two-thirds of the building’s structure and resulted in the death of a firefighter, the museum will reopen to the public on July 31.

The Museum of the Portuguese Language, opened in 2006, was inaugurated to commemorate the centenary of Estação da Luz and became one of the first in the world dedicated to the Portuguese language, with an interactive experience, audiovisual content and an immersive environment.

After a fire in 2015, it was rebuilt with the sponsorship of private organizations such as the EDP and the Roberto Mariño Foundation, with the support of the Federal Law for the Promotion of Culture and a joint effort of the governments of Portugal and the state of São Paulo.

See also  The mystery behind the Worldometer data aggregation site

Marcelo Rebelo de Sousa, who took over as head of the Portuguese state in March 2016, visited Brazil in early August of the same year for the opening of the Olympic Games in Rio de Janeiro, and also traveled to Sao Paulo and Recife.

After about three months, he returned to Brazil for the CPLP Summit held in Brasilia from 31 October to 1 November.

In 2017, the President of the Republic again visited Rio de Janeiro and São Paulo to celebrate the Day of Portugal, Camoes and Portuguese Communities from 10 to 12 June.

At the time, he was present, along with Prime Minister Antonio Costa, at the signing of an agreement between the Portuguese government, the Roberto Mariño Foundation and the State of São Paulo to rebuild the Museum of the Portuguese Language.

The agreement, signed at the Consulate General of Portugal on June 11, 2017, provided for technical support for the restoration, distribution, exchange of information and the possibility of joint programs and exhibitions to promote the Portuguese language.

On January 1, 2018, Marcelo Rebelo de Sousa represented Portugal at the inauguration of Jair Bolsonaro as President of the Federative Republic of Brazil, who received him the next day at the Planalto Palace in Brasilia.

The consent of the Assembly of the Republic to travel by the head of state is a formality established by the Constitution, which states that the President of the Republic cannot leave the national territory without the permission of parliament.

An exhibition of films “Arquiteturas em Português” has opened in Rio de Janeiro.

See also  What to Expect From the New Metal Gear Solid?
Continue Reading