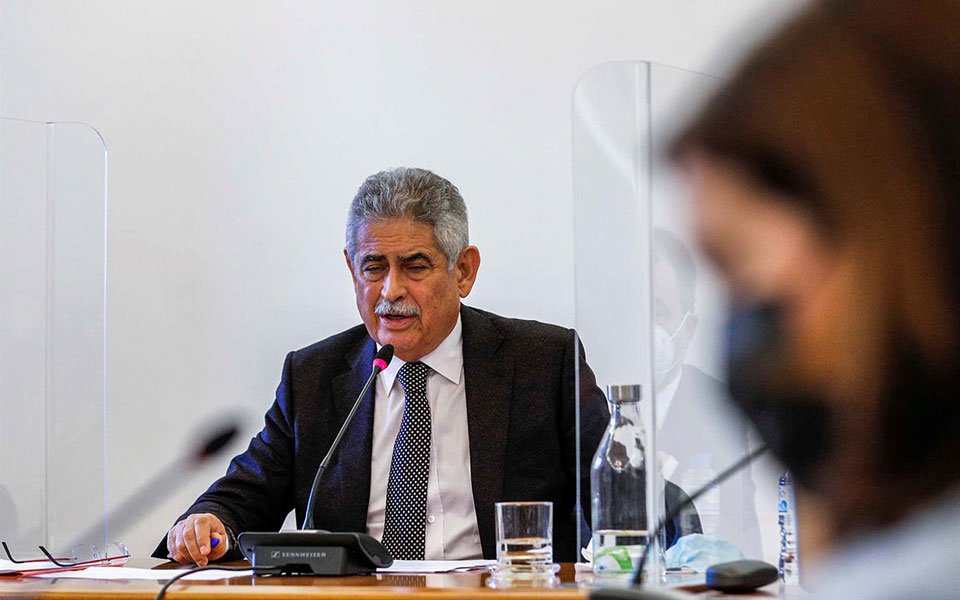 Luis Filipe Vieira sent the bank statement to the Novo Banco parliamentary commission of inquiry in an attempt to prove that he did not embezzle € 8 million of BES funding from Imosteps. It should be remembered that the prosecutor’s office (the Central Criminal Court, in an order authorizing the searches, accuses Luis Filipe Vieira of embezzling eight million euros provided by the former Banco Espírito Santo (BES) to one of its own company, Imosteps, for “personal gain”.

This 8 million falls within the 54.3 million Imosteps loan that is in default.

In a letter dated 24 May, GrupoPromolor Manager and President of Benfica answered the question: “What is the final destination of the transfer of € 8 million from Imosteps to Luis Filipe Vieira? “

“The ultimate beneficiary of this amount was Promotelor, namely: in December 2012, partner Luis Filipe Vieira signed a promissory note issued by BES, however reformed and which as of July 2014 had a value of 7.7 million euros, with a maturity of 13 September 2014 “. This promissory note was signed by Luis Filipe Vieira to repay Promotelor’s debt to Caixa Geral de Depósitos.

In July 2014, Imosteps received a loan of 8 million euros to pay off this debt of Promotelor, which at that time was 7.7 million euros, with bank transfers promoted by Novo Banco services between July 22 – the date of transfer of funds to Luis Filipe’s account Vieira. – and October 15, 2014, the date of the last transfer from the account of Luis Filipe Vieira to the Promotelor account in the amount of 360 thousand euros, according to a letter addressed to Novo Banco to the president of CPI Fernando Negrau.

In total, the shareholder paid and provided on behalf of Promotelor 8.060 million euros, which is sixty thousand euros more than the amount received under the loan provided by BES to Imosteps, says Luis Filipe Vieira, who encloses the evidence (bank statements). ).

In turn, the decision of Criminal Investigation Judge Carlos Alexander, to whom Jornal Económico had access, reduces the loans that BES provided to Imosteps. Following negotiations with the Espírito Santo Group in 2013, BES loaned Imosteps 34.8 million euros so that this company, owned by Luis Filipe Vieira, would pay Opway to acquire materials from OATA, a company that had several real estate projects in Rio de Janeiro. Brazil, by request.

Then, from July 2013 to July 2014, BES loaned Imosteps 7.4 million; 1.6 million; 2.5 million and 8 million, the last one on July 11, 2014. As collateral for loans, in addition to pledging supplies that Imosteps had with OATA SGPS, Imosteps signed promissory notes guaranteed by Luis Filipe Vieira, Vanda Vieira and Manuel Almerindo. Duarte, according to the decision.

In a ruling specifying the measures of coercion, the prosecutor’s office says that the President of Benfica managed to get rid of the obligation to Novo Banco in the amount of more than 7.7 million euros, which he entered into on the same day. enter into an agreement with Imosteps to take Opway’s place in OATA, using such funds to their advantage (to reduce the debt that the companies controlled by it had in CGD, in this case Votion), from funds paid by the Dispute Resolution Fund for Novo’s losses Banco funded by Imosteps ”. The contract referred to by the ministry is still in force during the BES.

The judge’s ruling also states that “in order to conceal” the operation, “the defendant Luis Filipe Vieira ordered José Gouveia to write this € 8 million debit on Imosteps accounts as a payment to Promotelor II, forging documents, if necessary, allowing such justification “.

Other clarifications requested by the CPI

The CPI MPs then ask Novo Banco a question related to the price at which Thiago Vieira sold his stake in Capital Criativo (today C2 Capital Partners) in March 2020. This company operates the Specialized Alternative Investment Fund (FIAE) for Promotion and Tourism, which led the restructuring of the bank’s loan, which was promoted by Luis Filipe Vieira.

The FIAE Fund (a specialized alternative investment fund) of the then Capital Criativo was created as a result of the debt restructuring of Promotelor. The purpose of this fund was to acquire Novo Banco loans from Promotelor. It all started with an initial capital of 146 million.

In an explanation given to the MPs, Luis Filipe Vieira said that Tiago Vieira’s shares were sold to C2 Ventures for 510 thousand euros and attached a declaration to the finance department for the sale of the securities.

In response, the businessman says that Novo Banco’s internal services explained to Promolor that the aforementioned letters were sent as a necessary step before the Bank’s internal procedures for the implementation of the Participation Agreement and the transfer of Promolor’s assets to the FIAE signed a few days earlier.

See also  The ECB shines gold and supports the euro. Oil continues to sink - markets in a minute

When asked for clarification 4, what was the value of GroupPromolor’s debt to Novo Banco at the date of the transfer of its assets to the FIAE in September 2017, and were there any repayments of Promolor’s debt? Luis Filipe Vieira says that at the date of the signing of the member agreement, which was September 26, 2017, which included a donation of Promotelor’s assets to FIAE Promotion and Tourism, Promotelor’s debt to Novo Banco was $ 277.3 million. To this amount must be added the outstanding debt loans with a capital of 160 million euros.

Here, while it is not explicit, it refers to VMOC – Mandatory Convertible Securities, which mature in August and which, according to close sources, Novo Banco does not want to undertake, intending to use the prerogatives of deferred redemption. If Novo Banco becomes a shareholder in Promolor, he loses his priority as a creditor.

“The amount of the loan from Imosteps does not count towards Promotelor’s debt, as explained at the hearing,” says Luis Filipe Vieira.

Government wants to shift focus from the real reason for the rise in fuel prices, says ANAREC – O Jornal Económico

The “King of Chicks” may have committed another crime, one of the most serious in the capital market – Executive Digest

See also  Covid-19: the number of vaccinations in Portugal and in the world
Continue Reading