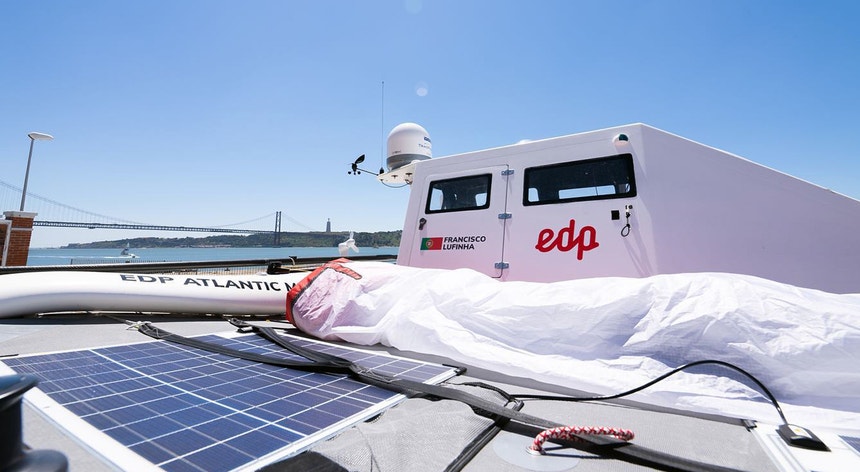 “This adventure is the most daring challenge I have developed to date. The idea is to design a sailboat that can be reused and adapted to be pulled with a kite, which is my specialty, kitesurfing, ”Lufinha explained in a statement to Lusa.

In a “test” that combines “kitesurfing with sailing”, the 37-year-old will make the “lonely crossing of the Atlantic” in a “kitesurf” (small boat) “without any auxiliary boat.”

“The idea is to travel from Portugal to the Caribbean, crossing the Atlantic Ocean about 3,600 nautical miles, which is more or less 6,700 kilometers. Straight, non-stop, alone, ”he explained about the EDP’s Atlantic mission.

The boat, specially built for the expedition, has “three hulls, which will be lighter and faster” and will move “under the influence of the force of the wind.”

Francisco Lufinha plans to start the trip in November, as the winds in the North Atlantic are “more stable” during this time.

“I would be very happy if I could make the trip in three weeks. It can be done faster, but it can also take up to four to five weeks, ”he adds.

An athlete who has set the world record for the longest continuous kitesurfing since 2015 will have to sleep in progress, sitting and leaning back slightly.

“I developed a pilot with German [sistema] who controls the kite alone. At the first stage, it is electronic: I have a joystick, not my hands. This pilot, who we are still testing, is flying the kite into the air to do a few laps myself so I can sleep on the road, ”he said.

And he adds, “It’s all powered by solar panels, which I also carry on a boat with about 700W panels, and a hydrogenerator, a propeller that generates power at my speed.”

On the preparations for the expedition, Francisco Lufinha says that he himself “designed the boat” as if he were “a mechanic or an electrician” in case he had to carry out repairs during the trip.

The kitesurfing route will be shown in real time on the EDP website and the athlete will be in contact with the Portuguese Navy to “prevent any incidents”.

“In the event of an accident, which can always happen, for example, hitting an obstacle or a sunken container – we have to predict these scenarios – I have a number of protections that I can activate so that nearby ships can know where I am,” said is he.

“People say a lot that this is crazy. I do not like the word “crazy”, because I can pass for a madman, I would say that this is a bold thing, but with head and legs, because we think about many scenarios, “he concluded.