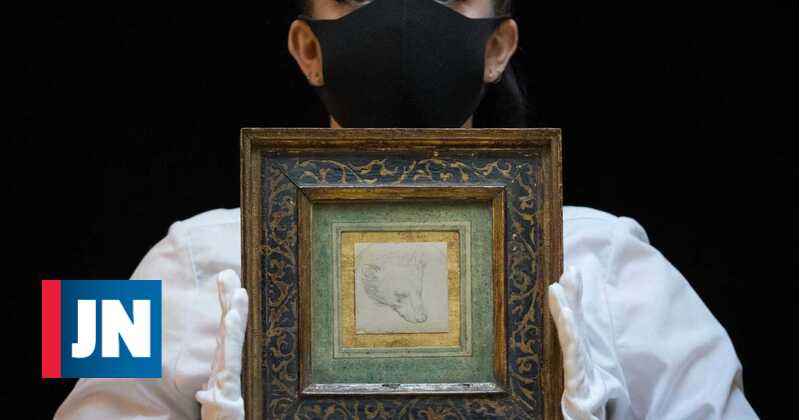 A small study of Leonardo da Vinci’s bear head was sold on Thursday for a record £ 8.8 million (about € 10 million) at Christie’s in London.

The seven square centimeters drawing was made around 1480 and is one of eight famous drawings by Leonardo da Vinci that are still in the hands of private collectors, with the exception of those in the collections of the Royal British Crown and Devonshire at Chatsworth. in the north of England.

The previous record for Leonardo’s drawing belonged to the painting Horse and Rider (1480) (Horse and Rider), made on a slightly larger sheet and sold for 8.1 million pounds sterling (about nine million euros), also at Christie’s … in London in 2001.

The work sold belonged to the American collector Thomas Kaplan, owner of the Leiden Collection, known for bringing together a number of works by old Dutch masters, especially Rembrandt.

The bear’s head, created 540 years ago using the silver nib technique on pale pink paper, is valued at £ 12 million (about € 13 million).

Although Christie’s did not disclose the identity of the buyer, the bid was made at the same time by the man and woman attending the auction.

The drawing has previously exhibited in an exhibition dedicated to Leonardo da Vinci in 2011 at the National Gallery in London and at the Long Museum in Shanghai (2017-2018) as part of the Leiden Collection’s world tour.

It was previously in the collections of 18th century British artist Thomas Lawrence and art dealer Samuel Woodburn, who sold it at Christie’s in 1860 for just £ 2.50 (2.9 euros).

“The people who did this to me shouldn’t run away.” How Britney Spears lost control of her life and career – Observer

Nuno Santos to head CNN Portugal, but no decision to leave TVI CEO | A television

See also  Emotion! Catarina Siqueira burst into tears and received a hug (and a kiss) from Nuno Omema de Sa: "Don't give up on me..."
Continue Reading