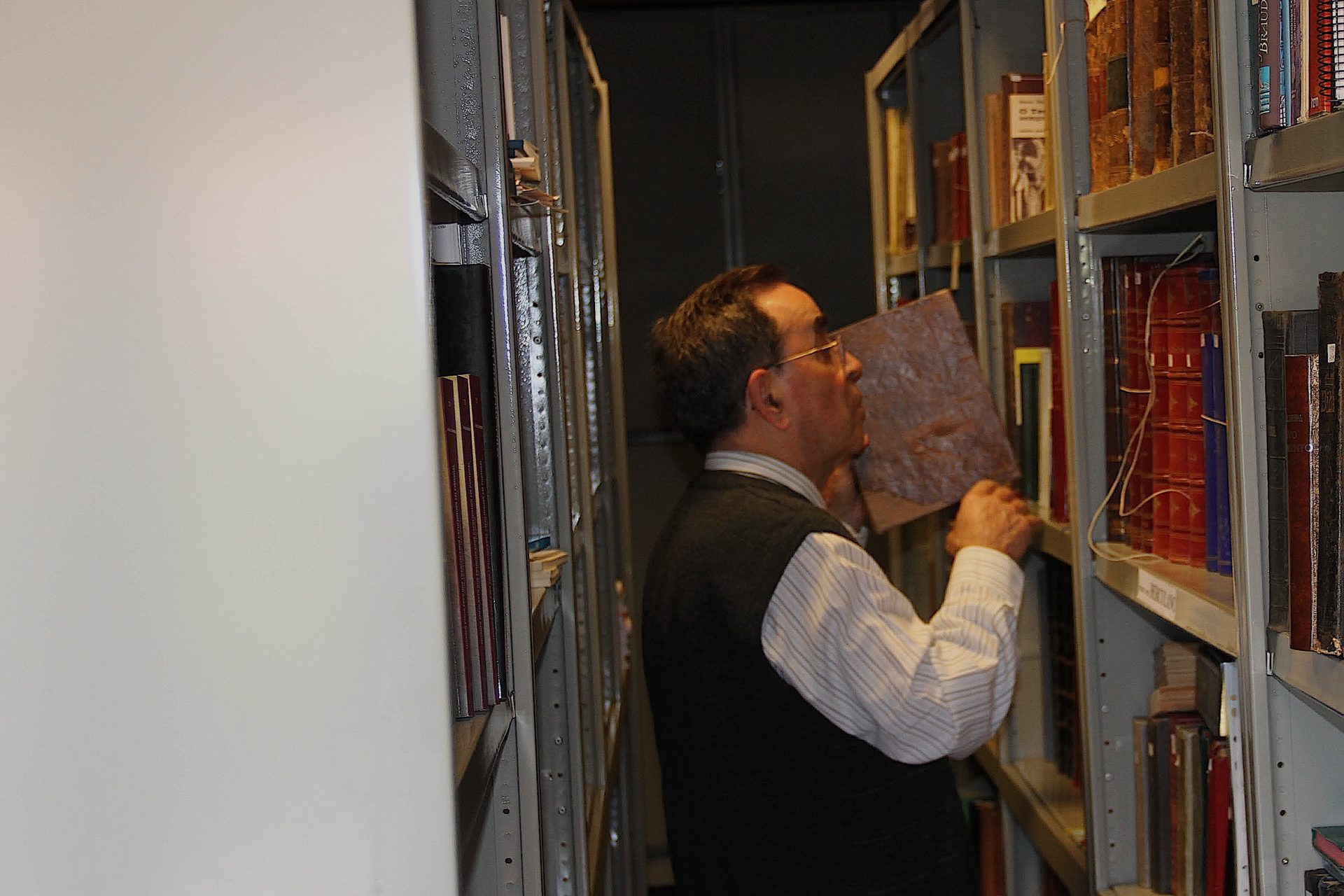 Brother Herculan Alves has published six volumes of The Bible in Portugal, presented today in Guveia, where he points to references to “worship and culture” in Livro dos Livros.

Fatima, July 1, 2021 (Ecclesia) – Biblical scholar Brother Herculan Alves has published six volumes of The Bible in Portugal and analyzes its 6,000-page impact on worship and culture based on a translation by João Ferreira de Almeida.

“That was the starting point,” the Capuchin monk said in an interview with ECCLESIA, referring to João Ferreira de Almeida’s Portuguese translation of the Bible, whose first edition was thrown into the sea because it was “full of errors. “.

“The first translation of the New Testament was corrected by the Dutch in Amsterdam and was full of errors. João Ferreira de Almeida was furious about this work, in which the Dutch misrepresented his translation, and he himself said that he did not want this publication. The Dutch threw him into the sea to make him disappear, ”says the monk Herculano Alves.

A Bible scholar recalls that the Protestant Calvinist translator had 50 copies left, which he corrected by hand, of which “only one is known.”

“I found it at the National Library during my Ph.D. research. This only copy that exists is very well preserved, ”he said.

The 17th century Portuguese translation by João Ferreira de Almeida is a milestone in the work published by the monk Herculan Alves on “23 centuries of Bible translations” and on the Bible in Portuguese cult and culture because it is “from afar”. away ”is the most edited work in Portuguese.

The Bible in Portugal will be presented today in Gouvely in the context of preparatory activities for the International Congress “The Bible in Western Culture”.

Brother Herculano Alves recalls that the investigation, which resulted in the publication of six volumes, began in 2000 with the aim of pointing out the “biblical roots of culture”.

In the course of translations into Portuguese, Father António Pereira de Figueiredo’s “first Catholic Bible” during the Pombalino Enlightenment is analyzed on more than 250 pages in volume V, being the first “legally translated” into Portuguese. “

Brother Herculan Alves believes that the 20th century is the “century of the Bible and biblical culture” in the Catholic Church, starting with the “kick of the biblical crisis” of Pope Pius XII, when he published the encyclical letter “Divino afflante spiritu” and the publication of the constitution of the Second Vatican Council Dei Verbum.

The Bible in Portugal will be unveiled this Thursday in Gouweira following the conferences of Cardinal Gianfranco Ravasi of the Pontifical Council for Culture on the theme “The Bible is a code for understanding Western culture” and D. Manuel Clemente. , Cardinal-Patriarch of Lisbon, on the theme “Portugal, the biblical country.”

Bible Studies: Colloquium in preparation for the International Bible Congress

See also  Spain coronavirus: Lockdown is ordered for 200,000 in Lleida province
Related Topics:
Up Next

Ruben Amorim defends Paulinho. ″He is the best Portuguese striker I want″

Rubén Amorim, the Sporting manager, showed this Friday that he is confident that Sporting will beat Benfica again, as they did in the league, and reclaim the League Cup.

“We are in a big club that needs to win titles. We are in the final and anything can happen. But I am sure that we will win. If we win, this is another trophy that will go to the museum. Life goes on. “The rest of the season remains the same,” said the coach, who has won the trophy twice as a manager and six times as a player.

For Benfica, Amorim dismissed the idea that Benfica were more in need of a win because they lacked titles and suggested that they were a different team than the one they faced in the league.

“That game was tough and we killed it when we had to. Tomorrow (Saturday) it will be a different game than in the championship. This is the game that defines the title and affects all players. pressure than on us.” The pressure is on our side because we have to win. The fact that we won less time ago does not take the pressure off us,” suggested Ruben Amorim.

Saying that Benfica’s main difference will be a new tactical system, with the prospect of the Eagles playing in a 4-3-3 formation, the “lion” coach also addressed moves in the transfer market, criticism of Paulinho and a perceived interest in Slimani. .

“Paulinho is the best Portuguese striker I want for our team. Whatever happens in the market, I will be here to comment. Everything that will be done will be in line with what we consider to be the best for Sporting,” the coach concluded.

See also  A black officer comes in when a white police officer has a suspect in a chokehold. He was fired and the city wants an investigation

On Saturday, Sporting CP will take on Benfica in the Football League Cup final at 19:45 at the Stadion Dr. Magalhães Pessoa in Leiria under the referee of Manuel Mota (Braga).

To reach the final, Rubén Amorim’s team eliminated Santa Clara on Wednesday with a 2-1 scoreline.

The eternal rivals have not faced each other in a League Cup final since 2008/09, when they won 3-2 at the Algarve Stadium after a penalty kick.

See also  A black officer comes in when a white police officer has a suspect in a chokehold. He was fired and the city wants an investigation