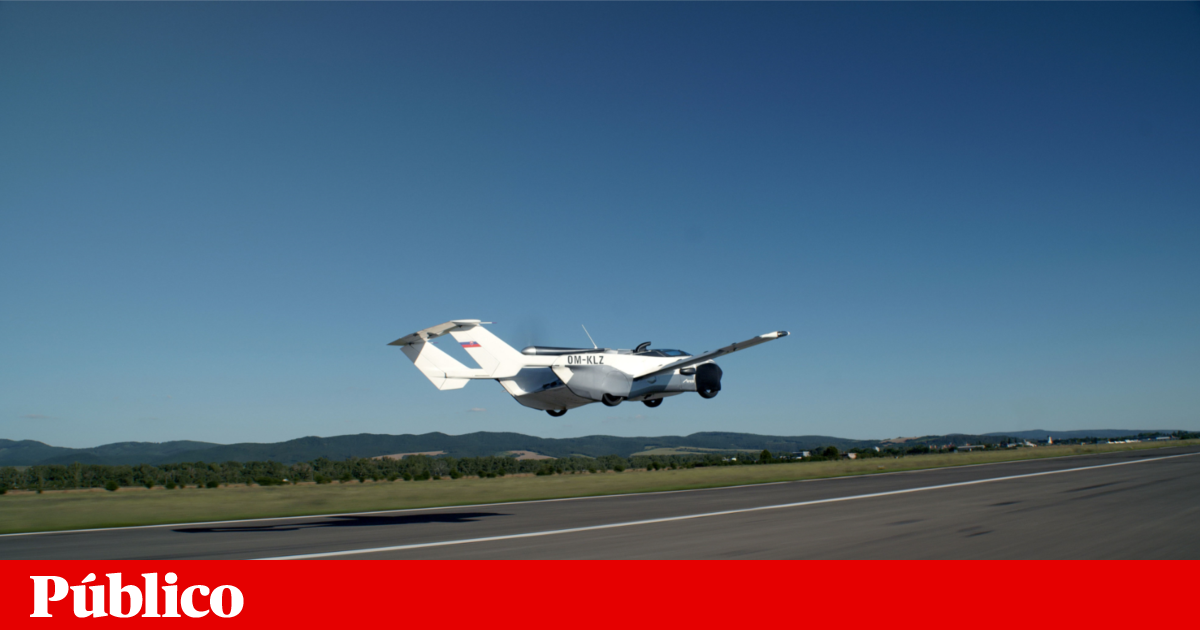 This week, a prototype BMW-powered flying car made a 35-minute flight between two cities in Slovakia. The documented journey marks the 142nd time that a vehicle from the Slovakian company Klein-Vision has successfully taken off and landed.

The idea is that a vehicle that is not yet commercially approved can travel by land and air, avoiding congested roads. For example, the flight between Nitra airport and Bratislava took half the usual time. To do this, the AirCar 1 comes with a 160 horsepower engine, a propeller and two wings that open outward when you need to take off – the transformation process takes about three minutes. This “air vehicle” can accommodate two people and should be able to travel 960 kilometers (600 miles) at an altitude of 2.4 kilometers.

As soon as the car landed at the airport in the capital of Slovakia this Monday, breeder and driver Stefan Klein drove the car from the runway straight into the center of Bratislava. The idea seems to come from the sci-fi movies of the 1970s and 1980s, but there are already several prototypes of flying cars in development.

In 2020, Uber and Hyundai unveil plans for a flying taxi in Consumer Electronics Show (CES), the largest consumer technology trade show in Las Vegas. At the time, the companies brought to the showroom a giant prototype of the model they were working on (which still resembles a helicopter).

Plans continue in 2021, with Hyundai Europe’s executive president saying at a recent conference that the company is “actively” working on the program.

Porsche, Daimler and Toyota also support several startups focused on vehicles in flying taxis. Although the focus is on eVTOL – the English abbreviation for electric vertical takeoff and landing vehicles. The Toyota-supported flying motorcycle of Japan’s Sky Drive has already completed test flights in Japan.

Financing company Morgan Stanley predict that by 2030 the eVTOL flying car market will reach 320 billion dollars, about 270 billion euros. For comparison, according to the analyst, by 2030 the global auto industry will grow to nearly $ 9 billion. Statista…

However, the eVTOL industry is a growing market that is materializing due to the ability to move quickly without geographic constraints. The EHang 216, a vertical take-off and landing vehicle developed in China, was used as an emergency evacuation device during the COVID-19 crisis.

However, AirCar 1 is not eVTOL. The Klein-Vision team wants to show that there is room for hybrid vehicles that can travel by air like planes and overland like cars. “This voyage heralds a new era of dual vehicles. It opens up a new category of transport and returns to a person the freedom originally inherent in cars, “- summed up in his statement the founder of Klein Vision Stefan Klein.

For Morgan Stanley, however, the major obstacle to flying cars is not technology, but the need for new regulations and public doubts and fears.

Volvo: electric vehicles will have 1000 km of autonomy

See also  Another headache for Miguel Maya? Polish banks under threat of taxation if deposit rates are not raised - Banking and Finance

See also  Jeff Bezos is leaving for space today with a young man of 18 and a pioneer of 82.