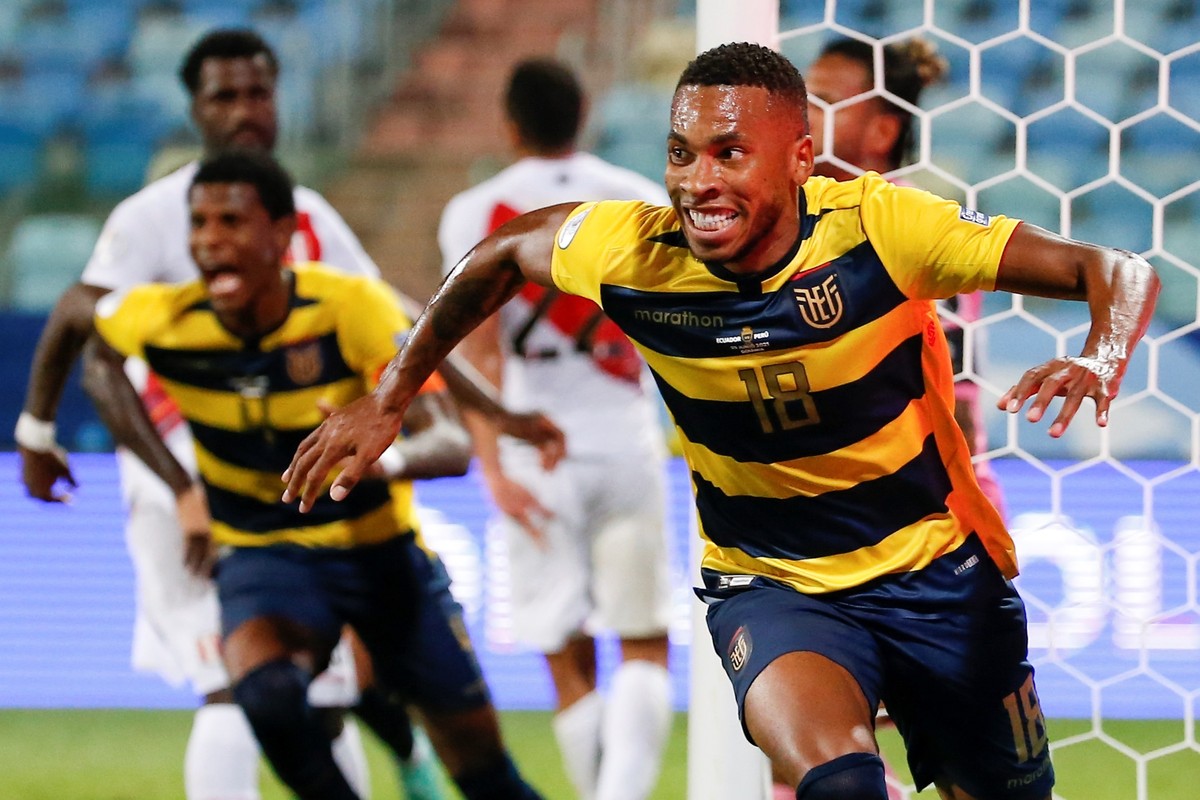 Ecuador’s main weapon in Sunday’s game against the Brazilian team in the fifth round of America’s Cup is striker Ayrton Presiado. The top scorer of the tournament, with two goals, is Brazil’s closest rival. He is a sertanejo fan, speaks very good Portuguese and really wants to play here. However, relations with Brazil precede all this. From the cradle: the player was named after Senna, the greatest idol of domestic motorsport.

Presiado’s father, Julian, was a big fan of Senna, the three-time world motorsport champion. And he decided to give his son, who was born three months after the death of the idol, the name Ayrton, which is very unusual for Ecuador.

– He was a big fan of Senna, followed his races. To some, this seems strange, because there are not many of them in Ecuador, but I like it, ”reveals an attacker who is aware of the deeds of the person who inspired his name.

But that’s not all. The attacker in his country is called “Ayrtinho” – a nickname that steals a nickname from the Portuguese. If they had used the more common Spanish suffix, his name would be Ayrtito.

This was not the case. In possession of the ball from an early age, Presiado was awarded Brazilian status for his teammates. It’s like Ayrtinho, who to this day identifies himself on social media.

“It’s a nickname for Brazilian players like Ronaldinho, Robinho. It was a way to call me lovingly, “he explains in an interview. give.

Throughout his life, a distant admiration for Brazil grew stronger. Working in Portugal, Presiado knew our language. His main teachers were Brazilian friends – hence the accent with which he communicates in our language is closer to what is said here than to the accelerated cadence of Portuguese from Portugal.

The closeness to the language made him love music. There is always room for Brazilian rhythms in Preciado headphones.

“I really like sertanejo, pagoda and some funky ones,” he admits.

Friendship with Doria rekindled a dream to play in Brazil

After a period in Portugal, Presiado returned to Ecuadorian football, where he spent five seasons (in Aucas and Emelek). In 2018, he struck a deal with Santos Laguna from Mexico. And there he was reunited with Brazil through a defender who became more than a friend to him.

– I even forgot about Portuguese, but when I went to play in Mexico, I met Mateus Doria (defender, ex-Sao Paulo and Botafogo), who is my brother. We live a lot. I go to his house, he goes to mine.

+ “I will talk about a bad pitch, I will be fined,” says Tite, a pessimist about Maracana’s serve in the final.

His friendship with Doria, according to Presiado, helped him become a better player and strengthened his affection for the Brazilians. Our people are “charismatic”, he says, and this impression is reinforced by conversations with teammates who work in the country, such as Arboleda (São Paulo), Alan Franco (Atlético-MG) and Juan Cazares (Fluminense).

At the same time, the forward does not hide his desire to play in Brazil one day – to surpass only the dream of playing in Europe.

“When I came to Mexico, I said that my goal was always to go to Europe. But I also really like Brasileiran, I watch games, I talked to Arboleda, Cazares, Franco. They always say that this is the big league. This is one of them. My dream “.

Recovering from a tibial fracture that took him a year and a half of activity, Presiado is experiencing a positive moment at the club and in the national team, combining height (1.81 m) with speed. But a good phase will be tested against Brazil.

It’s just that, despite the striker’s individual fame, there is no big America’s Cup in Ecuador. They only have two points and need to play well against Brazil in order not to depend on Venezuela, Peru’s opponent in the game at the same time, to stumble. This is the only way to go directly to the quarterfinals.

Despite recognizing the strength of Brazil, which he considers the best team on the continent and one of the best in the world, Presiado makes sure that Ecuador can make life difficult for the team. Just don’t play the fool like you did in the qualifying match in South America last month.

– You have to be very smart, not to despair. We are focused here, ready to play a good game, we must think that this is our opportunity. We will play with the best team in South America, but this is football and anything can happen.

See also  The opening of the web summit changed and the Portuguese no longer pressed the confetti button.
Related Topics:
Up Next

Diver 10,000 hours and the portuguese sea