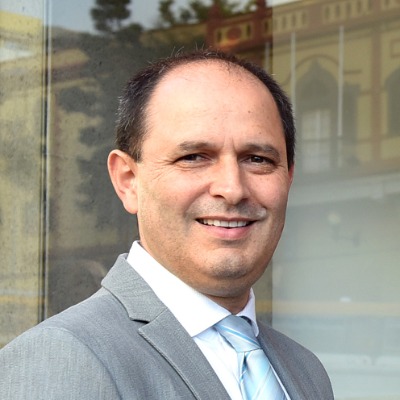 If there is a phenomenon that evokes and encourages Portuguese patriotism, it is a sport, namely international football competitions, as is the case in the 2020 European Final, which the pandemic has postponed until this year.

It is a phenomenon that is gaining momentum and enthusiasm among the various Portuguese communities in every part of the world. What can be understood: after all, it is somewhere else, in foreign lands, that more confirmation of our Portuguese identity is required. For our compatriots, Portugal’s assertion is not limited to the selfless and usually winning way in which the Portuguese devote themselves to various professional activities, pride in being Portuguese also implies the effective recognition of Portugal in areas such as sports, culture, economics and even the leadership of high national figures. in international organizations.

Just over a week ago, Madeira hosted an extensive program of celebrating the Day of Portugal and Portuguese Communities. The speeches and calls for patriotism were worthwhile. In less than two weeks, we will hear the same messages again from other actors and in an abbreviated frame for the Day of the Autonomous Region of Madeira.

At the same time, during Euro 2020 in eleven European capitals, the name of Portugal and its chief sports ambassador, Madeira Cristiano Ronaldo, was remembered by both citizens and foreigners. All this enthusiasm is moving towards a sporting result, which may even weaken this afternoon if the outcome of the game against Germany differs from the result obtained against Hungary.

There is euphoria that can be interrupted at any moment, but there is national pride that persists and takes root more and more. Football is one of the few activities in which Portugal competes effectively, where it can compete against any other country.

In the United Nations, which is a different “world”, we have a second mandate from the Portuguese, Antonio Guterres, as Secretary General of this huge machine. Another reason to be proud, another fact that is increasing Portugal’s presence in the world.

The former Portuguese prime minister became the first Portuguese to take the UN seat. He served his first term, and the second part – from January 1, 2022. Respected and listened to, Guterres is a conciliator who has already taken his place in world history.

According to the officially released figures, 257,508 citizens are registered in the Autonomous Region of Madeira and will therefore be able to vote in the next municipal elections. Now, there is something that shocks the pride of the Portuguese: in an era of technology and simplicity of processes, using sophisticated data intersection to establish the truth, the Portuguese state continues to spread “lies” such as the number of registered people.

The friendliness of the Portuguese amidst German indifference