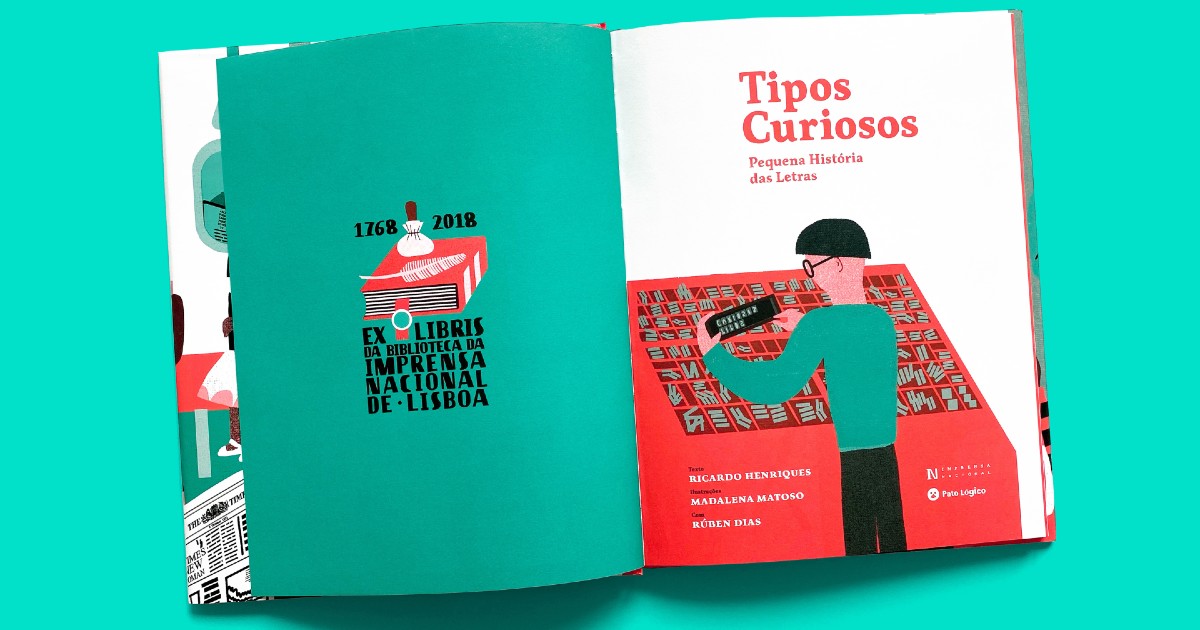 The illustrated book by Ricardo Henriquez and Madalena Matoso “Types of Curiosity” has been honored at the Bologna Fair for Children and Youth Books, which starts online on the 14th.

Curious Types – A Little Story of Letters won the special award for Best Informative Popular Science Book at this book fair’s annual prizes, which highlight the best picture books published around the world in a variety of categories.

Edited in 2020, this book tells the story of written communication, symbols, alphabet systems, hieroglyphs and pictograms, as well as how fonts were developed and created over the centuries.

“An excellent chronological book that makes the complex, important and yet unexplored topic of typography accessible to younger readers. Since hypertext is presented as a form of written expression, we are forced to reflect on the visual image of our words, ”the jury said about the Portuguese work.

Curious Types – A Little History of Letters, written by Ricardo Henriquez, illustrated by Madalena Matoso and with a scientific review by Ruben Diaz, was developed by publisher Pato Lohiko in collaboration with National Press to celebrate the institution’s 250th anniversary.

This is the second time that Ricardo Henriquez has received this award after receiving mention in 2014 in the same category as Mar, illustrated by André Letria. Madalena Matoso, an award-winning author, “designer” and illustrator, was also honored in Bologna in 2018 with the book “Mountains” in the fields of art, architecture and design.

The Bologna Book Fair for Children and Youth, which was first held in 1964, awards prizes to illustrated books from around the world in categories such as fiction, non-fiction, poetry or early works. This year, the winners were selected from 1,577 entries from 41 countries submitted for the competition.

This award at the Bologna Fair is non-monetary, but the winners are selected from among peers by other publishing houses and associations promoting reading, thus providing international recognition in the field of literature and illustration for the youngest.

As in 2020, this year’s fair will be held remotely due to the covid-19 pandemic from June 14 to 17, with rights negotiations, conferences, debates and illustration exhibitions in online format only.

The Bologna Fair, which is considered the most relevant professional event in the field of picture books and for children – due to the size and participation of the sector – is also scheduled for 2022, it will be held in physical format and in the regular March calendar.

See also  The students from Braga and Viana were the best in the Portuguese country.
Continue Reading

See also  The students from Braga and Viana were the best in the Portuguese country.
Continue Reading