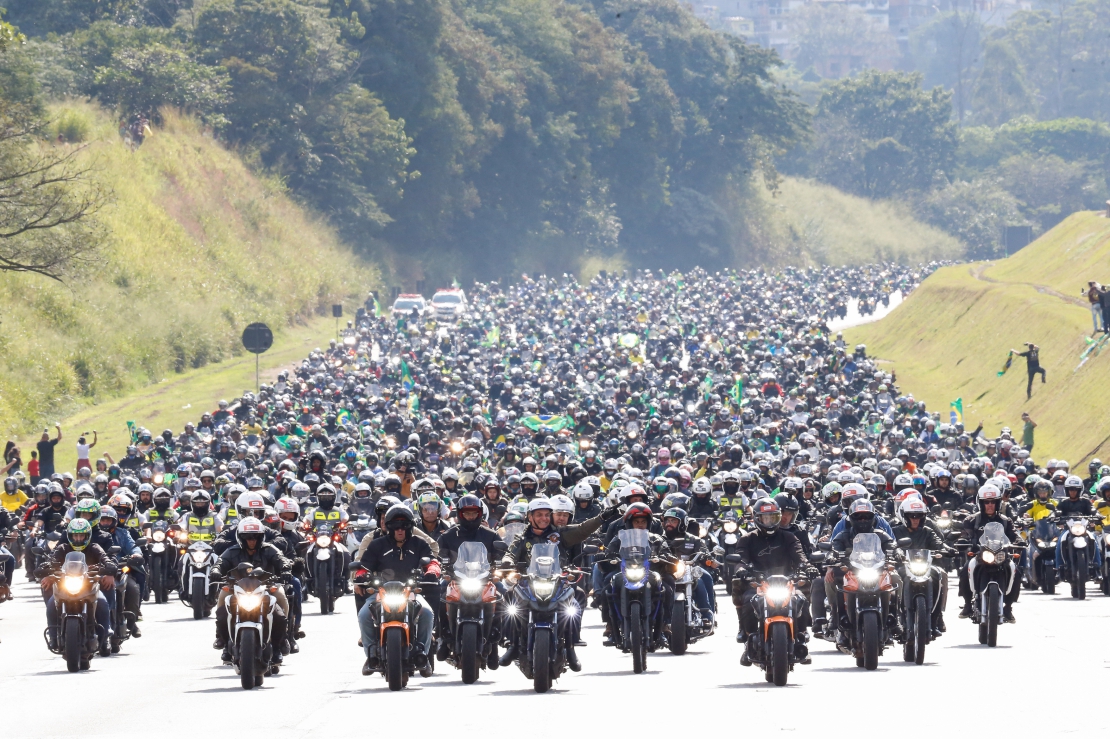 BRAZIL. “Motorcycles” in support of President Jair Bolsonaro have worried a group of motorcyclists who do not identify with the ideas of the Pocket and see the approach of part of the movement as a contradiction with their own ideals.

– This is not the essence of motorsport. It emerges after the Second World War as a transgressive movement that contradicts the standards of society, does not fit into these standards. status quo – says 33-year-old Gleibson Bom Rui, a resident of Macae (RJ).

He is part of one of the nation’s motorcycle groups that call themselves “progressive”, Metalreds. Bom Rui and other motorcyclists acknowledge, however, that much of the movement today is close to the president.

After arriving in Brazil in about the 1960s, motorcycle clubs were mainly created by the middle and upper classes before becoming popular. Until recently, there was a certain “bias” that prevented members with less purchasing power from purchasing the most powerful motorcycles.

– Most motorcyclists, especially traditional ones, are former military, retired military, representatives of the judiciary. In motorcycling, there is traditionally the problem of military hierarchy. The new clubs are trying to break this question of director’s discipline, says Itamar Carvalho, Tom, founder of Jotun de Ferro, a motorcycle group that is classified as progressive from Teresopolis (RJ).

A motorcycle club member who also bills himself as “progressive”, Odiadu, Jose Walter Alves, 53, has escorted “motorcycles” from afar in Perdoes, Maryland. He sees political divisions within motorcycle clubs as natural, but is uncomfortable when traditional groups that identify as non-partisans are seen as supporting the president.

– The motorcycle, although many try to distort or change the emphasis, is not partisan. Every movement we make, be it educational, social, everything, of course, is a political movement. But he is not a partisan. The motorcycle preaches peace, unity, brotherhood. “It is inconvenient to confuse us with a movement in support of the president, especially in the critical context of health,” he said.

For Tom of Jotun de Ferro, there was not only a fear of seeing his passion for motorcycling linked to his political position, but also frustration with some of the idols he had cultivated since childhood when he fell in love with motorcycles.

– I was inspired by people, they were my heroes. I was one of those guys who saw the custom bike and said, “I want to get there.” I saw motorcycle clubs and thought I should be in them. But it’s impossible not to polarize with what we go through when you see denial, anti-vaccines (anti-vaccine movement), conspiracy. It used to be great to go to a motorcycle club event, chat with the crowd. Today, if I can, I’ll stick with mine.

Increased military presence in elections. What to expect in 2022

See also  "Commitment to the 2020 elections is behind us," says the political scientist about the meeting between Cruise and Vanderlan.
Playback/PlayPlus