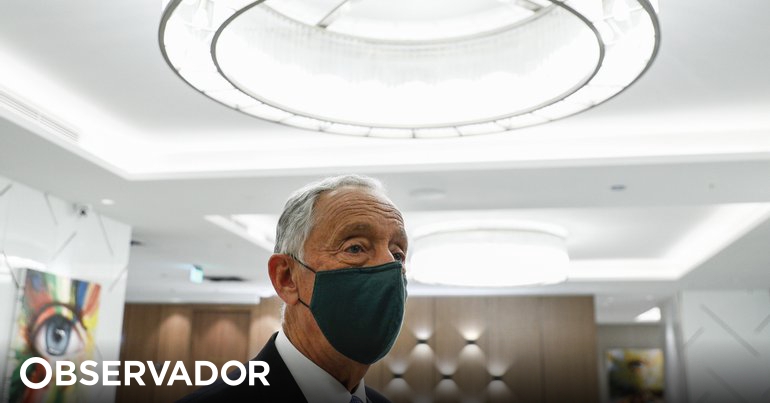 President of the Republic Marcelo Rebelo de Sousa, meets this Wednesday with his Bulgarian colleague, Rumen Radev, and visits the memorial plaque in honor of Fernando Pesoa at the Sofia City Hall.

The head of the Portuguese state arrived in Bulgaria on Tuesday afternoon with an official visit to the country until Thursday, during which he will always be in the capital of the country, Sofia.

Speaking to reporters on Tuesday evening, after a private dinner hosted by the President of Bulgaria, Marcelo Rebelo de Sousa recalled that this visit “was promised for more than two years” after his colleague visited Portugal in January 2019. “It was postponed due to the pandemic, we have a great relationship since Arraiolos, since 2016, and they are developing.“, – he stressed.

At a private dinner, according to Marcelo Rebelo de Sousa, the heads of the two states said: “in Europe and in bilateral relations”, As well as the status of the pandemic and vaccinations in both countries, leaving more formal negotiations with delegations until this Wednesday.

The official program of the President of the Republic begins this Wednesday at 10:20 am (8:20 am from Lisbon) with a welcoming ceremony at St. Alexander Nevsky Square, which includes the national anthems of both countries, as well as traditional magazines and the military. parade of the guard of honor. In the same square, Marcelo Rebelo de Sousa will lay a wreath of flowers at the tomb of the unknown soldier.

In the Presidential Palace, the head of the Portuguese state meets with the President of Bulgaria. The meeting, which will later be extended to two delegations, followed by press statements scheduled for noon (10:00 am in Lisbon).

The Orthodox Cathedral, about 50 meters high, is one of the main attractions of the Bulgarian capital, built in honor of the Russian soldiers who died during the Russian-Turkish war of 1877-1878. From the cathedral, the Portuguese president will walk to the Sofia City Hall, where a bas-relief plaque in honor of Fernando Pesoa was unveiled in 2006 with excerpts from a poem. Tobacco shop heteronym Alvaro de Campos.

At the time, this panel was a Portuguese contribution to the Poesia na Parede initiative, a project launched in 2004 by the Netherlands with the aim of spreading the culture of European Union members in Bulgaria.

The panel was designed by two professors from the Bulgarian National Academy of Plastic Arts, and the poem can be read in Portuguese on the facade of the town hall. it is also translated into Bulgarian in Cyrillic.… The program will conclude this Wednesday with a dinner between the two heads of state at the National Museum of History.

In his first term, Marcelo Rebelo de Sousa was already in Bulgaria in September 2016 on the occasion of the 12th meeting of the Arraiolos Group, which unites heads of European states without executive power.

Bulgaria will hold snap elections on July 11, just three months after the last vote, after three unsuccessful attempts to form a government by the most voted parties, with the executive director currently in power.

The Balkan country of seven million inhabitants, considered the poorest member state of the European Union (EU) – it joined in 2007 along with neighboring Romania and could be the next country to join the euro area – remains in last place in terms of vaccination against Covid- 19 (just over 13% of adults have already received at least one dose versus 42% in Portugal) and among those with the highest mortality rates.