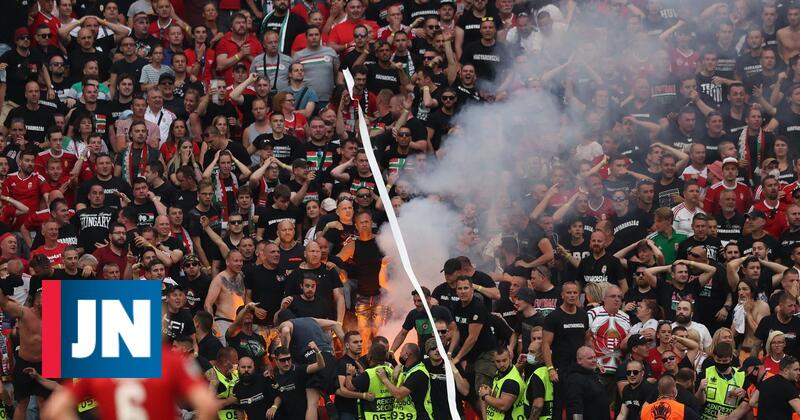 The group of Hungarian supporters who attended the match against Portugal are well known for their history of racism, homophobia and Nazi gestures. Euro 2020 in Budapest is more than a sporting event, it also demonstrates the strength of a conservative government that relies on football to consolidate power.

It is called the “Carpathian Brigade”, defines itself as a group of “ultra-right patriots” and usually has big fights with rivals. He has a long history of violence (many of the participants are martial arts fighters) and is known for taking part in beatings and stabbing whenever his team loses.

Traditionally, this group is present in stadiums whenever Hungary plays and wears black shirts to distinguish themselves from other fans. He often sings racist and anti-Semitic chants to blacks, gypsies and Jewish communities.

The incidents with the “Carpathian Brigade” are repeated and always have the same racist, neo-Nazi and homophobic content. The most recent was in the game against Portugal. According to press reports, a significant proportion of Hungarian supporters sang “Cristiano homosexual” repeatedly during Portuguese holidays, on the same day that Hungary passed a law banning “propaganda” of homosexuality among people under 18 in the country.

In a friendly match between Hungary and Ireland in early June, Hungarian fans brought the Irish players to their knees in support of the Black Lives Matter movement. This attitude was not appreciated by some Hungarian players, who even pointed to the UEFA Respect badge on the sleeve of their equipment.

In March, following a match at the UEFA European Under-21 Championship, the Romanian Football Association informed UEFA of incidents of racist abuse against Romanian players by Hungarian fans. Another time, in September 2019, the team was banned from playing with the public in the stadium, but the pandemic changed that. Reuters reported that Hungary and Slovakia will hold Euro 2020 qualifiers behind closed doors following racist behavior and clashes between fans and security. While there is no evidence that the Kapatian brigades were involved in all of these incidents, it is not hard to imagine that they were involved at all.

At Euro 2016, members of the Carpathian Brigade were accused of a Nazi demonstration during a rally against Iceland. A police source told Mail Online that the group of supporters wore a black T-shirt, the hallmark of the far-right group.

The relationship between football and politics is not exclusively limited to Hungarian fans, as Prime Minister Viktor Orban uses sports as a way to assert his power. Orban is a conservative who is considered by many to be far-right and often attacks the LGBTQ + community and opposes emigration, linking it, for example, to terrorism and crime.

Since 2010, he has invested about 2 billion euros in the development of football in Hungary. Most of this amount went to the construction of stadiums, most notably the Puskas Arena, Hungary’s national stadium. Ahead of the next elections, the holding of the Euro 2020 games in Hungary can be seen as an important step towards a possible victory for the current prime minister.

This investment has brought some kind of sporting result, but perhaps not the one that Orban was counting on. Hungarian football has evolved, but, according to The Guardian, “the improvements are indirect.” Clubs such as Felcsut received large sums of money from the state. This volume of investment will be difficult to sustain for many years to come and does not seem to be able to strengthen the project in the long term.

In 2018, Hungary lost to Andorra, Kazakhstan and Luxembourg and did not qualify for the World Cup (not participating in this competition since 1986). Since 2010, Hungarian clubs have played four times in the Europa League and once in the Champions League. Youth football has not undergone significant changes in recent years. Hungary has lost all matches of the recent U21 European Championship and has only two players under 22. The biggest hope for the country at the moment is Leipzig player Dominik Soboshlai, who is already demonstrating well above average quality in the tournament. 20 years. He missed the euro due to injury.