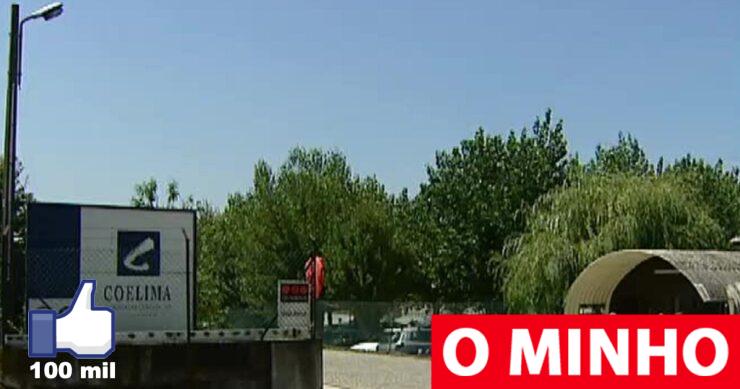 The Guimarães-based consortium wants to buy the Coelima textile company, which employs more than 250 people and which filed for bankruptcy in April, according to a proposal filed in court that Luza had access to today.

Among other things, the proposal, which was submitted to the Commercial Court of Guimaraes, contains as a condition the preservation of jobs, as well as the recognition of the rights and seniority of employees.

“As a serious demonstration of this consortium’s interest in the feasibility of this proposal, this consortium also presents the possibility of an immediate advance in the amount that, according to the previous interim administration of the insolvent company, would be necessary to keep the insolvent company in operation in the month of June, the cost of which adds 200 thousand euros. “, – the proposal says.

However, the text notes that “the retention of jobs in leadership positions depends on a preliminary assessment of their competence to perform the above functions and the need to preserve them.”

The consortium that intends to acquire Coelima, a Guimaraes textile that celebrates its 100th anniversary next year, consists of R.TL., SA and José Fontão & Cia, Lda.

In the proposal, investor supporters demand “the final transfer of the insolvent institution (…) with all its assets”, which includes goods, brands, equipment and client portfolio.

The consortium commits to repay the loans to the tax authority, social security and bank loans in monthly installments.

The precondition for this group of companies is that Coelima continues to operate, maintaining the client portfolio as well as the team that makes up the current sales department.

See also  Fuel prices are falling again, as if they have not seen in 8 months

It is also required that the outgoing administration submit a set of documents “necessary for the development of a business plan”, which must be developed within 30 days after admission.

“This proposal has the sole purpose of supporting the life of the company and the Coelima brand, a century old, historic company with more than 250 families living through its employees,” concludes the proposal.

The fall of the giant

Coelima – Textile industry filed for insolvency on April 14after a “more than 60%” drop in sales caused by the pandemic and the rejection of the bids he sent to hotlines due to covid-19.

“The company decided to file for bankruptcy as a result of the situation created by the pandemic, which caused a sharp decline in sales and pressure on an unstable treasury,” a textile official in Lusa said at the time. …

The insolvency announcement was posted on April 22nd, with the company submitting liabilities of around € 30 million and around 250 creditors at the end of 2020.

On Wednesday, the administration of the textile company Coelima announced that he would not submit an insolvency plan with the aim of rebuilding the company, since “the conditions for maintaining the business are not met.”

“Over the past several weeks, Coelima has been actively working to obtain the support needed to rebuild it and to make it possible to implement the bankruptcy plan. Despite all the efforts and work done, Coelima was unable to secure the support of various parties regarding the presentation of the plan, so the decision about the future of the company will depend on its creditors, ”said a Lusa official.

In an insolvency petition, a textile company with 253 workers asked the court to appoint management of the insolvent property, whereupon “it committed itself to submitting a bankruptcy plan that would ensure the continuation of the company. “.

Founded in 1922 and one of the largest manufacturers of bedding, Guimarães Textile is part of the MoreTextile group, which was formed in 2011 through a merger with JMA and António Almeida & Filhos, and the main shareholder of which is the Recovery Fund, managed by ECS Capital.

Meanwhile, the Textile Union of Minho and Trás-os-Montes has scheduled a plenary meeting of workers at the Coelima textile factory on Monday to announce a new proposal that “gives a breath of hope,” coordinator Luce said today.

“This is hope. Other proposals or other companies will face bankruptcy. But we don’t want the company to go bankrupt, we want continuity. This group already guarantees June salaries and wants to keep workers, namely salesmen. At the moment, there is already a dispute over the client portfolio of Coelima, a company that has a product, a brand, an authority, which has everything to become a great company, ”said the coordinator of the Textile Union Minyu and Tras-os. From Montes to Luz., Francisco Vieira.

The plenary meeting was scheduled for Monday 13:30, in the presence of CGTP-IN Secretary General Isabelle Camarinha.

Francisco Vieira, who refuses to view Coelima’s future scenario as “the fate of death,” added Luce that he hopes to arrange a meeting with the Guimaraes city council on the same day, who, according to the union leader, “Demonstrated a great deal of commitment to the process by maintaining direct contact with the Ministry economy “.

“We have to find a solution. The workers don’t want to stop, ”the coordinator said, noting that this might be the“ third life ”of Coelima, which survived the 1991 crisis when it had 2,240 workers and another in 2001 when it had 600 employees.

Francisco Vieira said that “the vast majority of workers receive the minimum wage, and there are people with 40 years of work experience.”

Matic Drops 16% Even After Listing On Google Platform

See also  TikTok Sale: Trump Says He Will Not Give Chinese App Renewals To Divest Its Stake In US Operations