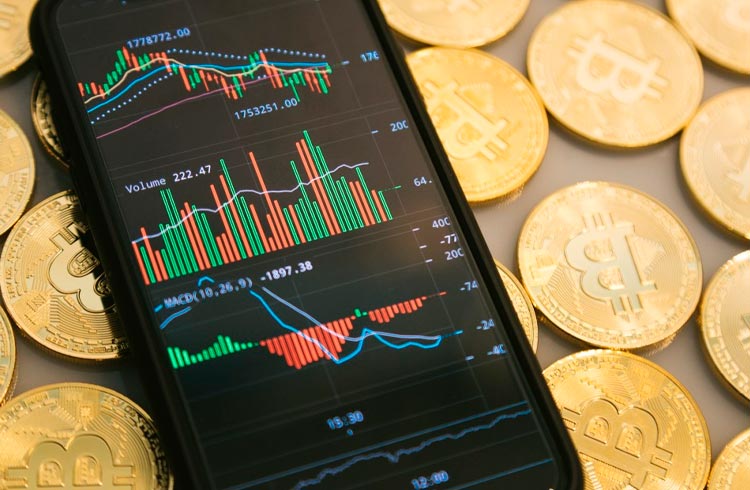 Maturity of stock options Bitcoin (BTC) this Friday (28), the price of the cryptocurrency could go up to $ 42,000 this weekend. According to trader Augusto Backes, this event could lead to buying action, leading to an increase in the price of BTC.

According to Skew Analytics, about 50,000 contracts worth $ 2.2 billion expire on Friday. This maturity usually affects the price of bitcoin before and after the event. Whether the price is going up or down, buyers determine it.

Backes explained that once the options expire, investors who have used leverage to bet on gains are “required” to sell their cryptocurrencies… Thus, he predicts that these investors will start a new buying movement after maturity.

However, the short-term bullish rally in Bitcoin as predicted by the trader will not last long. As noted by Backes, after a 50% correction in the bitcoin price, the cryptocurrency could trade sideways in the coming weeks or months.

In other words, there should be no major price changes in the coming days.

However, the trader believes that after this period has elapsed, Bitcoin could be re-quoted in the $ 20,000 zone, which is in line with the previous high reached by the cryptocurrency.

“We spent several months in a completely insane overbought area (…). We may now have a period of falls and side impacts. We can get close to 20 in the monthly Bollinger Band, which means that the price could return to testing $ 20K per unit. “

The Bollinger Bands mentioned by Backes are used as volatility indicators. This metric tells you if the scenario is favorable for buying or selling an asset.

Backs also noted that Bitcoin should not crash immediately as it did with the last correction. He believes that the market will “slow down” 30-60 days before the sharp drop.

During this lateralization period, the trader believes that investors will turn to altcoins. Domination Bitcoin it should fall and it will be the turn of other cryptocurrencies to shine.

“I expect altcoins to grow again. I expect the market to give us an opportunity during the alternate season that happens when Bitcoin is lateralized. “

Looking at this market, Backes said he was optimistic about Cardano (ADA), Ethereum (ETH), Tree Defi (TREE) and Pancakeswap (CAKE).

Read also: Bitcoin and Ethereum are about to return to high levels, analyst says

See also  The Volkswagen ID.5 is an electric SUV coupe with 520 km of autonomy and 300 hp.