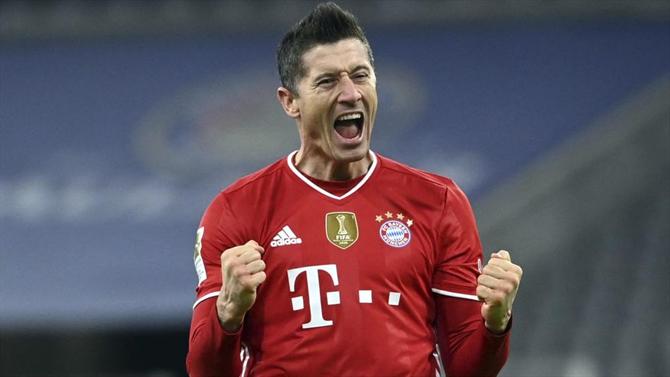 Robert Lewandowski believes that he has done enough to be considered one of the best in the world and to be on the level of Cristiano Ronaldo and Lionel Messi.

Do you consider yourself the best striker in the world? “I have been one of the best for many years, maybe I am the best, I would like to be. The Ballon d’Or was not my goal, I won the FIFA prize and the UEFA Player of the Year title, which means a lot to me, ”he told Sportweek magazine from Gazzetta dello Sport.

“Messi and Cristiano Ronaldo have been at the top for a long time, but I think that now I can ‘invite them to my table.’ I think I can sit down and talk to them about football, about our passion, because I won everything last season, ”he added.

Lewandowski also commented on the arrival of Julian Nagelsmann, who will coach him at Bayern Munich for the next seasons.

“We hadn’t talked yet and didn’t know him. But he looks like someone who can get the most out of his teams. Their teams are excellent, so they have to be good tactically, ”he said.

The magazine also wanted to know if it would be easier for him to score in Serie A: “Of course I would have played more games, 38 instead of 34. I have already scored some Italian clubs … but I don’t score. you know, it will depend on the team I was on. “

See also  Fernando Santos explains the situations with Ronaldo and Bernardo Silva: "The disappointment was brutal"

Reinforced FC Porto B lost to Benfica B in Seixal, but avoided descent to Ligue 3

Ruben Ribeiro: “I was attacked at work in Alcochete”