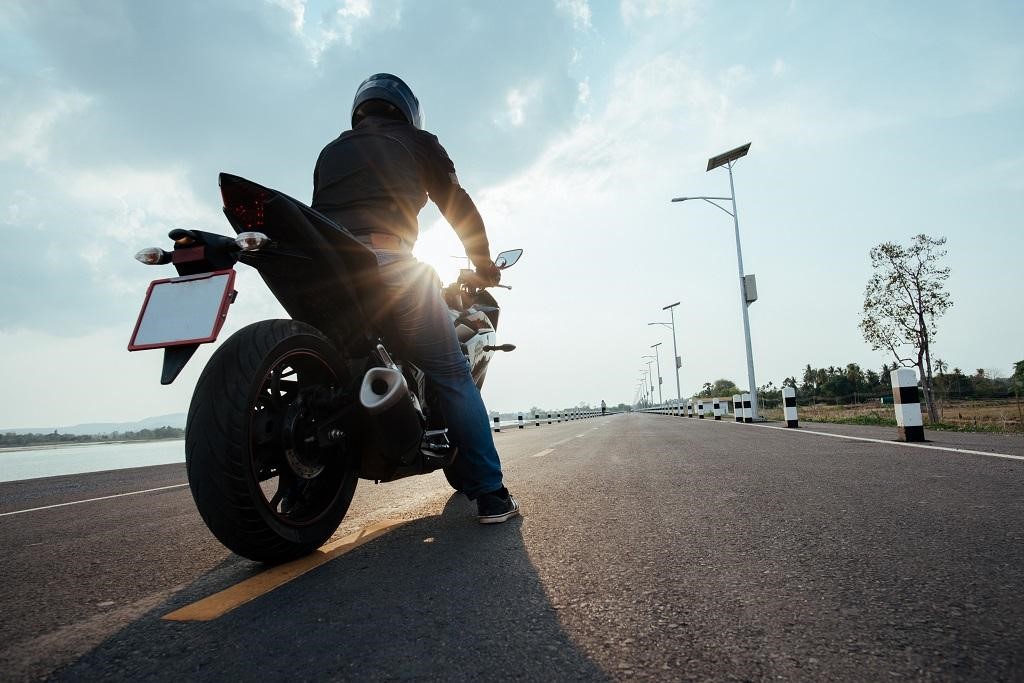 Motorcyclists riding between cars down our nation’s freeways is commonplace but is not legal in all states. Motorcycle lane splitting is still a hotly debated topic, with opponents and proponents coming with strong arguments for both its legalization and an outright ban.

What Is Motorcycle Lane Splitting?

According to California lawmakers, the definition of lane splitting is a ‘motorcycle ridden between rows of stopped or moving vehicles in the same lane including on both divided and undivided streets, roads, or highways.’ Motorcycle lane splitting is also commonly known as lane filtering, white lining, and lane sharing.

There are various styles of line splitting, depending on the motorcyclist’s experience and survival instinct. While more experienced riders prefer to weave through traffic while staying in the channel created between the cars moving in two distinct lanes, less experienced riders would rather stay put in one lane if continuous lane-splitting looks like a risky operation.

Most riders know that the worst thing you could do while lane splitting is startling drivers, which may lead to catastrophic accidents.

Why Do Bikers Lane Split?

Lane splitting has obvious advantages like dodging crippling traffic congestions and saving on gas. The less obvious benefits of lane splitting are the reduction of carbon emissions and keeping bikers safe.

Yes, surprisingly, lane splitting is safer for riders than staying in one lane because it helps prevent rear-end accidents. By creeping through traffic and being on a constant move, there is a lower risk of getting rear-ended by a distracted driver.

Lane splitting can also help riders cutting their carbon footprint and save on precious time. A team of Belgian researchers found that carbon emissions would be reduced by 6%, and the time spent in traffic would be cut by up to 63% for all drivers if just 10% of cars would be replaced with motorcycles.

Is Motorcycle Lane Splitting Legal in My State?

Until then, lane splitting had been neither legal nor illegal as there were no rules for it, which left authorities ample room for abuse. After Bill AB-51 passed, the California Highway Patrol (CHP) was given the green light to draft the safety guidelines for lane splitting.

Utah has legalized motorcycle lane splitting in May 2019 as long as the vehicles in the two lanes are “stopped” and the rider doesn’t go past 45 mph when lane splitting.

Other states have laws forbidding the practice or don’t even mention lane spitting in their vehicle codes. However, the Highway Patrol can still issue tickets if they determine that riders’ behavior was unsafe in traffic even when motorcycle lane-splitting was not explicitly made illegal.

The practice is legal in Asia and Europe, and some U.S. states are considering legalizing it in the U.S.A. too. These states include Oregon, with its pending House Bill 2314, which allows lane splitting on highways when cars are moving at up to 10 mph, Connecticut with its Senate Bill 629, Maryland with its House Bill 917, and Hawaii, which has recently made ‘shoulder surfing’ legal.

Motorcycle lane splitting usually can have deadly consequences if a driver is startled by a motorcyclist and makes a bad move. Another cause of accidents when lane splitting is an encounter with a truck or towing vehicle.

Motorcycle lane splitting is still illegal or not mentioned in any law in most U.S. states. The only states that currently allow it if riders abide by state safety guidelines are California and Utah. States don’t rush into legalizing the driving practice because it is still considered a dangerous behavior, especially when embraced by inexperienced riders.