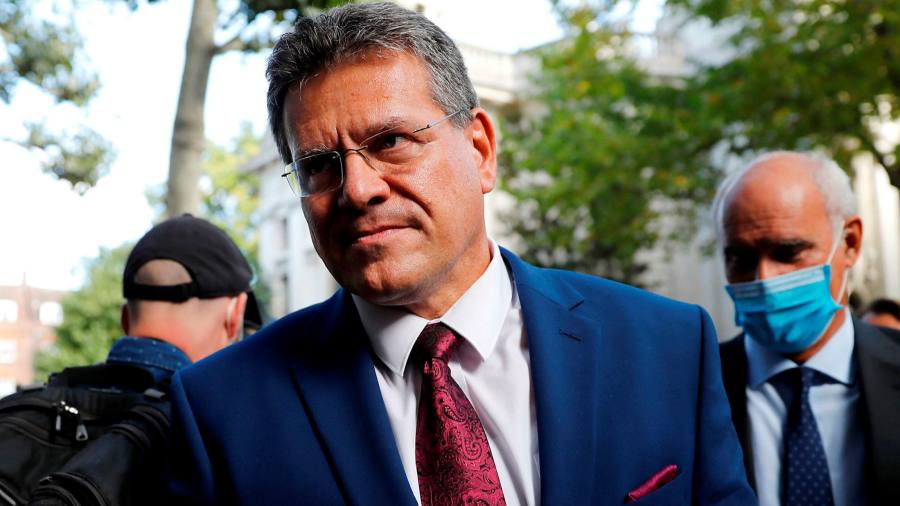 Brussels issued an ultimatum to Boris Johnson demanding that he abandon his plans to cancel Britain’s Brexit treaty by the end of the month, warning that the move “seriously undermined confidence between the EU and the UK.”

Amid a sharp escalation of tensions that threaten the future of trade negotiations between the two sides, the European Commission on Thursday threatened legal action if the British Prime Minister did not withdraw the controversial provisions from the UK internal market bill.

Michael Gove, a cabinet minister, insisted that the government “could not and will not” withdraw a bill that would allow Britain to ignore parts of the Brexit agreement concerning Northern Ireland.

Brexit Johnson’s tough tactics have been condemned not only by Brussels, but also by leading Conservatives, amid signs that the bill will be criticized by some Conservative MPs and their colleagues when it is introduced to parliament.

Michael Howard, a former Eurosceptic Tory leader, told the House of Lords that the bill would “damage” Britain’s reputation, while former Tory chancellor Lord Lamont said the government was in “terrible disarray.”

The EU does not accept the argument that the purpose of the bill is to protect the Good Friday Agreement. In fact, he believes that he is doing the opposite.

Some Tory MPs are expected to rise when the bill arrives in the House of Commons on Monday, a prelude to serious constitutional clashes with senior conservative colleagues in the upper house.

Mr Gove insisted that these plans are necessary to ensure a free flow of trade from Northern Ireland to the UK. Behind the scenes, some Tory officials discussed whether the bill could be amended to avoid confrontation with parliament and Brussels.

EU diplomats stressed that Brussels does not intend to immediately end negotiations on a future relationship, saying that it would be tantamount to falling into a trap laid by the UK.

David Frost, the UK’s chief negotiator, said the two sides will meet as planned for further talks in Brussels next week, but EU officials said the eighth round of talks has made little progress.

“If the UK doesn’t want a deal, it should just say so,” one diplomat said. “We are calmly and patiently working on the deal.”

The public statements came after the final round of trade talks in London following an emergency meeting of the EU-UK joint committee that oversees the Brexit deal agreed last year.

Brussels convened a meeting following the shock decision of the UK government violate international law by using parliament to overturn parts of the Northern Ireland protocol enshrined in the UK secession agreement.

The protocol resolved a long-standing stalemate between the two sides over how to prevent a hard trade border on the island of Ireland by keeping Northern Ireland close to the EU customs union while simultaneously being in UK customs territory.

Maros Sefkovic, the EU’s lead representative to the joint committee, exposed Brussels’ deep concern over the violation of the Northern Ireland protocol, warning that the future of trade negotiations with the UK is at stake.

Mr Shefkovich urged the UK government “to withdraw these measures from the bill as soon as possible and in any case by the end of the month.”

He said the move “seriously undermined confidence between the EU and the UK.” The commission’s statement added that now “the UK government must restore this confidence.” 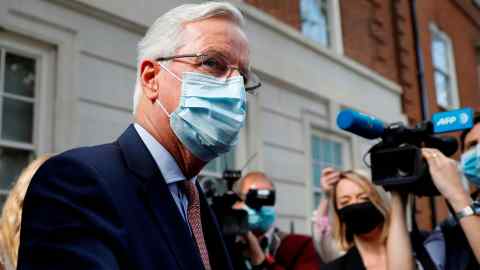 Michel Barnier, the EU’s chief Brexit negotiator, said the EU “remains committed to an ambitious future partnership with the UK,” while complaining that the UK “does not participate in a reciprocal manner on the fundamental principles and interests of the EU.”

Brussels rejected arguments put forward by British ministers that legislative plans are a necessary guarantee of the continuation of the peace process in Northern Ireland.

“The EU does not accept the argument that the purpose of the bill is to protect the Good Friday (Belfast) Agreement,” the commission said. “In fact, she thinks it’s the other way around.”

The Commission also said the UK would face legal action for non-compliance, adding that Mr Shefkovich “reminded the UK government that the withdrawal agreement contains a number of mechanisms and remedies to address violations of the legal obligations contained in the text – which The European Union does not hesitate to use it. “ 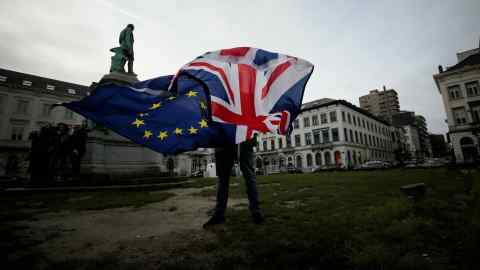 An internal EU commission analysis document read by the Financial Times warns that even with the bill, the UK has “violated the integrity commitment” enshrined in its Brexit treaty.

The commission’s document discusses options for Brussels to act in accordance with the agreement, including taking the country to the European Court of Justice or launching an arbitration process – either of which could result in a fine.

The UK bill would empower ministers to intervene on issues such as the application of EU government aid rules in Northern Ireland and the need for export declarations for goods shipped from the region to the UK.

But EU officials objected that the measures would be a rough step up from the clear commitments in the treaty, undermining a carefully crafted deal designed to keep trade flows on the island of Ireland regardless of what happens in future EU-UK negotiations.

MPs: Furlough “needs to be extended” to avoid massive unemployment.