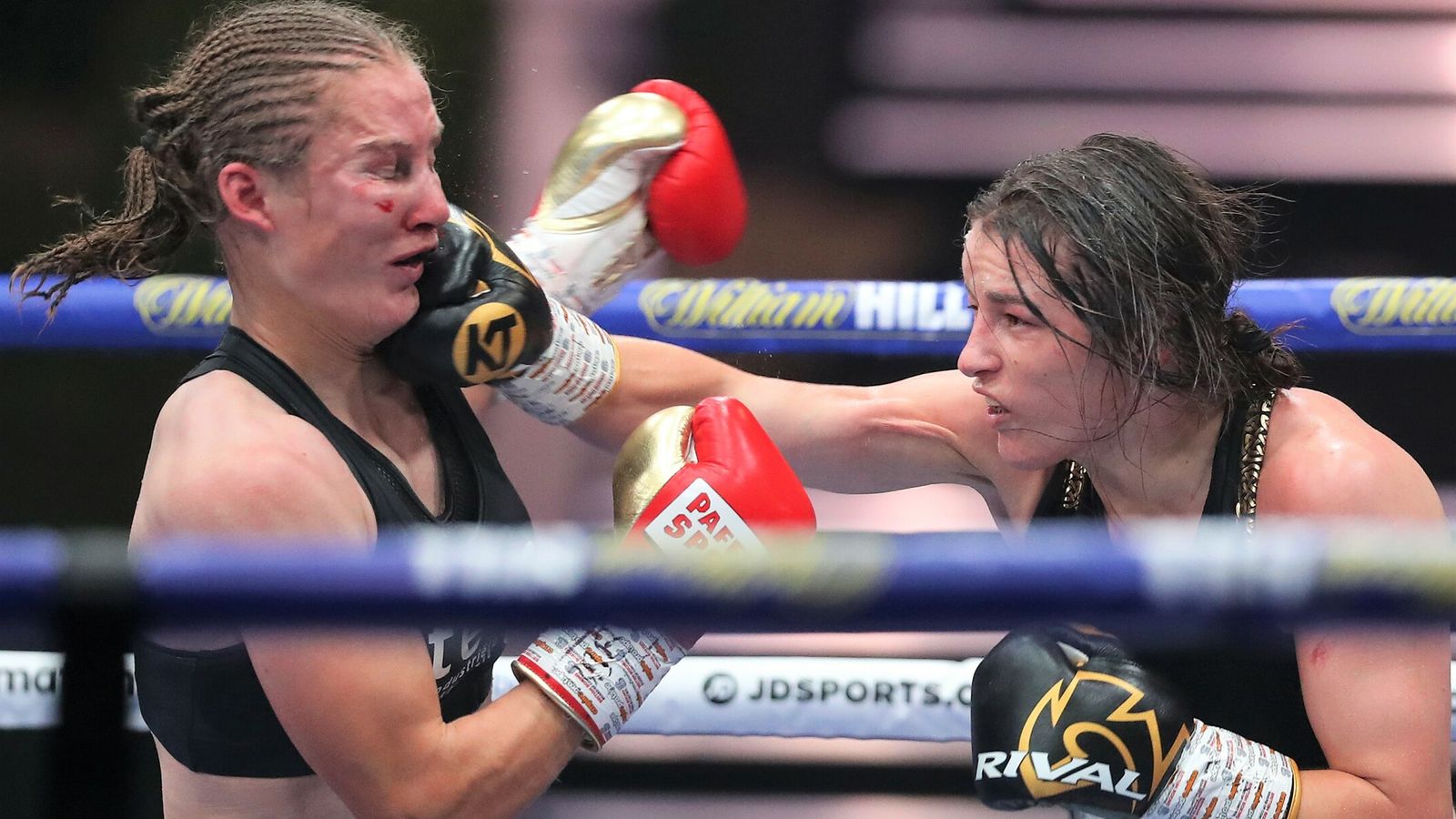 Katie Taylor retained her undisputed lightweight title with a unanimous decision win over Delfine Persoon as their rematch produced another brutal battle.

The Irish star had narrowly defeated Persoon on points in their first fight, a decision which was hotly disputed, but Taylor received a wider verdict in the return bout with scores of 98-93, 96-94 and 96-94.

Fourteen months on from their magnificent fight at Madison Square Garden, Taylor engaged Persoon in another gruelling encounter, although on this occasion the Belgian had no complaints about the verdict.

In a razor-sharp opening, Taylor’s crisp right hand had caught Persoon off balance before they wrestled to the canvas.

An ugly swelling was under Persoon’s eye by the second round, a sign of Taylor’s hurtful work, but the Bray boxer had to withstand a thudding right hand in the third.

Persoon was trying to tempt Taylor into another reckless battle, ramming in crude shots during the fourth.

A classy hook from Taylor was answered by a booming right from Persoon in a frenetic fifth.

Taylor stood and traded in the sixth, perhaps a little too long, as she was caught by a thumping right, and Persoon pumped out punches relentlessly in the seventh.

Yet another right hand from Persoon sparked a ferocious exchange with Taylor in the eighth round.

Into the ninth, Taylor tried to stall Persoon’s charge with a right hand, and her persistent, more precise work was rewarded on the scorecards after the 10th.

“It’s never easy against Delfine, she is relentless,” Taylor said. “I knew I had to dig deep. I boxed better last time. I stuck to my boxing more. That got me through. I hit her with clean shots but she attacked all the time.

“What an amazing two fights for women’s boxing. I was more convincing tonight. I got a convincing win.”

Persoon said: “This time I respect the result. The weight was too much. I ate, ate, ate but didn’t have the power to hurt her.

“I could not hurt her. And if you can’t hurt her, she is technical and runs around. You have to hurt her.

“She deserves the win. I respect her. I’ve got no problem.”

Watch Whyte-Povetkin and Taylor-Persoon 2 tonight, live on Sky Sports Box Office, from 7pm. Book it via your Sky remote or book it online here. Even if you aren’t a Sky TV subscriber you can book and watch it here.

See also  Is Bolsonaru no PL interfering with political chess in Parana?