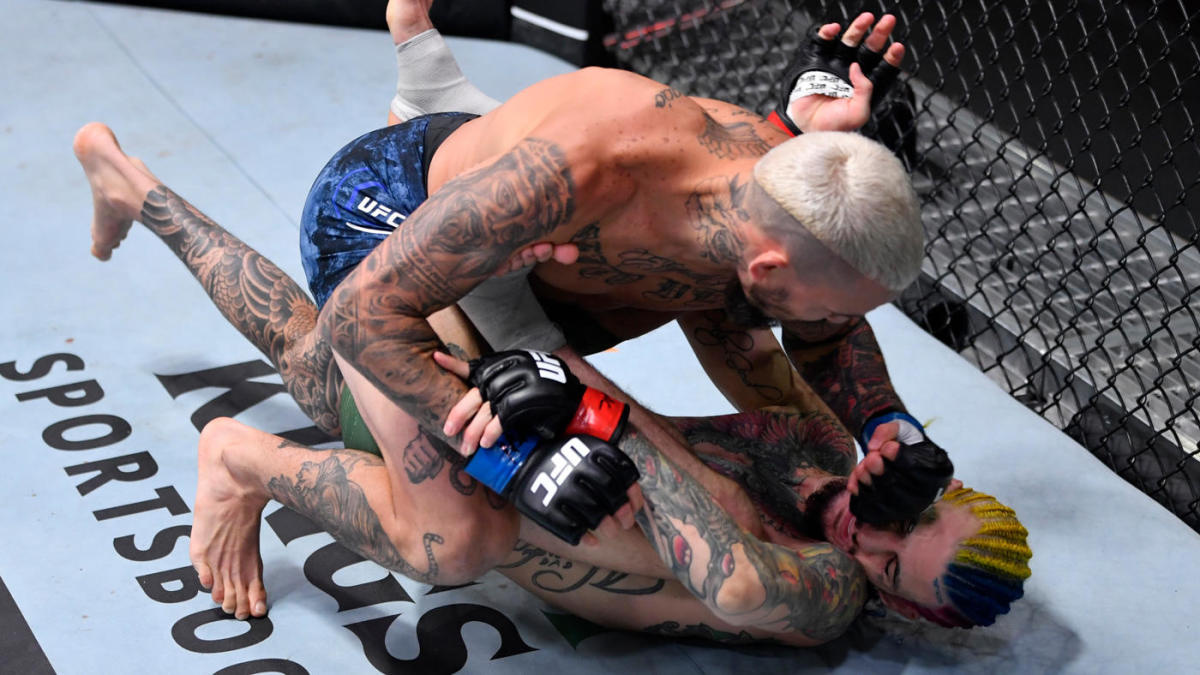 The hype train of rising bantamweight “Sugar” Sean O’Malley took a detour on its trip toward crossover stardom after an apparent leg injury led to an opportunistic finish from Marlon “Chito” Vera on Saturday.

After the 25-year-old O’Malley fought on despite appearing to injure his right leg when Vera checked a kick, O’Malley stumbled off of a clinch and fell to his back. Vera leaped in to gain top position and unleashed a brutal series of forearms and punches to produce a stoppage as referee Herb Dean, likely considering O’Malley’s injury at the time, jumped in quickly to wave things off.

Vera, a proud native of Ecuador, proved his worth in an already crowded 135-pound division by improving to 6-1 since 2018.

“As I always say, none of this is possible without the hard work and dedication,” Vera said. “Like you say Joe [Rogan] on your podcast, it’s about pushing yourself and conquering your inner bitch. This is a nice moment and I appreciate it and I’m happy.”

Vera was forced to endure the leg strikes and speed from O’Malley in the early going. But he never buckled or fell victim to the flashy striker’s speed and power. He also remained the aggressor throughout and scored the upset win when the opportunity presented itself.

Can’t get enough UFC? Subscribe to our podcast State of Combat with Brian Campbell where we break down everything you need to know in the Octagon.

“When he was throwing kicks to me, he landed one calf kick and I checked it and made adjustments. If you are going to kick with a kicker, you better be careful,” Vera said. “Say something now. For real, a lot of people have a comment and opinion but that doesn’t matter. I have an immigrant mentality and tough people in my corner. I’m a motivated man and the sky is the limit. I have children to feed and a mortgage to pay. I’m a motivated man.”

O’Malley, a heavy favorite who was riding a pair of exciting knockout wins since returning from a two-year USADA suspension in March, dyed the colors of Vera’s home country flag in his hair. The fight appeared to turn negatively for him midway through the opening round when he was visibly protecting his right leg and fell while trying to plant it and leap forward. His right foot rolled up shortly after.

For complete results and analysis of UFC 252, head over to our hub page.