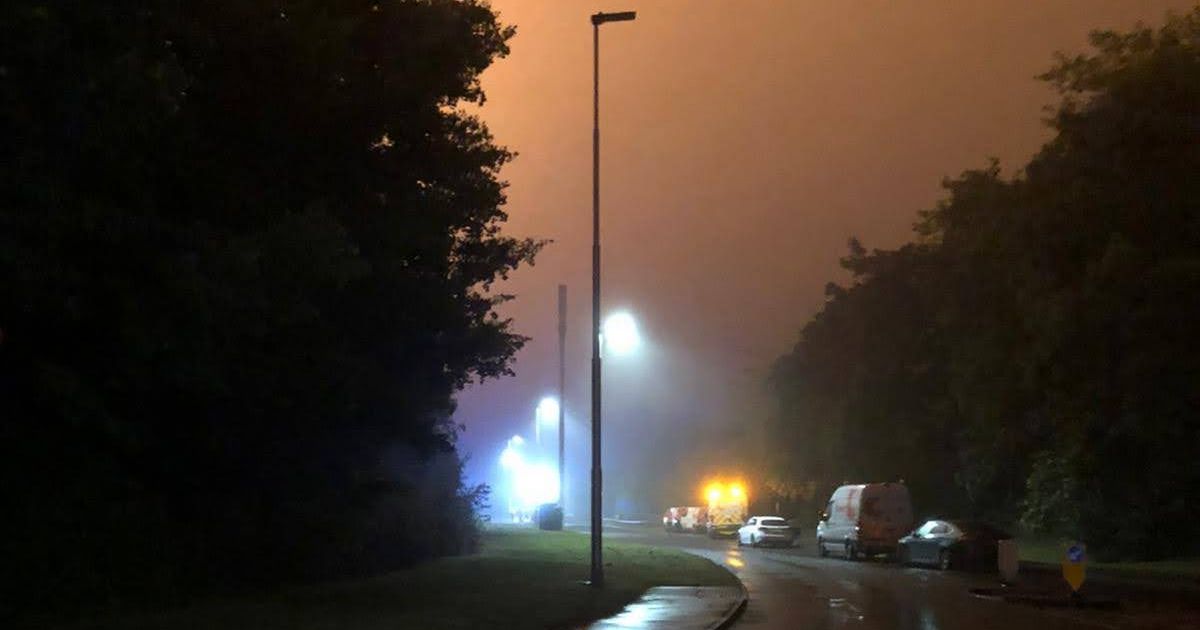 Officials from Cambridgeshire Fire and Rescue have shared first photos from the scene of a major incident in Peterborough today (August 16).

More than 80 people have been evacuated from their homes in North Bretton after a large gas main burst into flames.

Emergency services fled to Hyholmes in Peterborough in the early hours of this morning, with reports of a small garden fire.

When the fire and rescue arrived just after 12.30am, they quickly discovered that a large gas main had ruptured and burst into flames.

Around 90 residents have been evacuated and a 100m cordon has been erected.

The fire is now considerably large and has been deemed ‘severe’ by the commander.

Residents in nearby areas have also been told to avoid the area and shut all windows and doors.

Pictures show a chilling orange glow covering the whole sky as the fire raged through the night.

A huge number of fire engines, ambulances and police vehicles can be seen at the scene.

Gas and electric are also in attendance.

If you’re looking for a way to stay up to date with the latest breaking news from around Cambridgeshire, the CambridgeshireLive newsletter is a good place to start.

The daily update will deliver the top news and features to your inbox every morning and evening.

We choose the most important stories of the day to include in the newsletter, including crime, court news, long reads, traffic and travel, food and drink articles and more.

Signing up to the newsletter is simple. Just put your email address in the box at the top of this story and click ‘subscribe’.

It’s one of the many ways that you can read the news that matters to you from CambridgeshireLive. 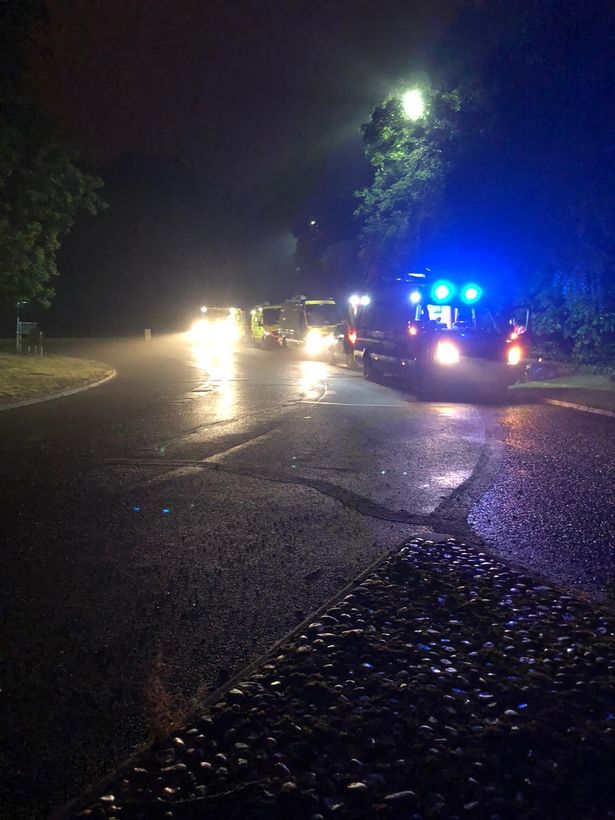 Residents who were evacuated have been sent to The Cresset in Bretton, where they are being looked after by the Red Cross.

Incident commander, Danny Kelly has assured coronavirus and social distancing measures are being adhered to.

The fire service tweeted within the last hour to confirm that gas engineers are working to reduce pressure while firefighters are continuing to stop the fire spreading.

In a video updated posted by the fire service on Twitter, Danny Kelly said: “I’m coming to you from North Bretton in Peterborough, at the scene of a large fire involving a ruptured gas main.

“The fire service were called early this morning at 12:50am to a small fire in the garden.

“When crews arrived they discovered quite a large gas main on fire.

“Currently on the scene we have four fire engines and two water carriers.”