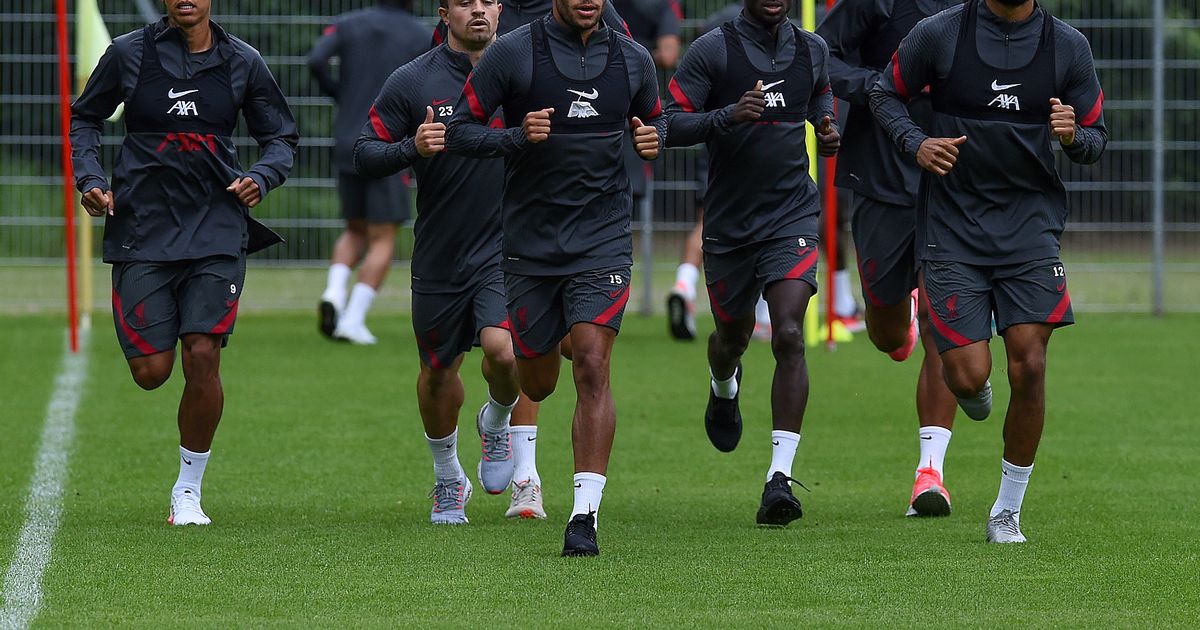 Liverpool truly picked up the pace for their latest session as part of their pre-season training camp in Austria.

Jurgen Klopp and his side recently jetted out on a private plane, arriving in Salzburg to get tuned up for their title defence.

The club’s preparations have taken a distinctly different path than usual as a result of the redrawn football calendar.

It is expected that sessions over in Austria will be more similar to early-season training, given that it is just three weeks since the last campaign finished.

Liverpool had initially intended to book their third successive summer at the Evian-les-Bains base, 25 miles east of Geneva.

But plans had to change as a result of quarantine rules.

Despite the difference to what may have been expected, the squad clearly don’t look like they’ve been disrupted as pictures show plenty of smiles and thumbs up.

Plenty of images show the traditional bike ride ahead of the daily session but the club’s official website notes that running was on today’s agenda.

Skipper Jordan Henderson and Joel Matip, both coming back from injury appeared to be missing from today’s session, perhaps understandably needing to undertake their own personal routines as they step up their own recovery.

The pair had suffered knee and foot injuries respectively since the restart of the Premier League.

Meanwhile, Sadio Mane appeared to still be in a celebratory mood from his recent PFA Fan’s Player of the Year award win.

See also  Emotions! Helena Costa cries as she recalls the diagnosis of a lung tumor.

He was pictured grinning widely and also taking on one of Jurgen Klopp’s jobs – handing out the hugs.

Looking at the photos taken today, it seems the squad were separated into two groups, running laps in opposite directions.

And after his own injury struggles in recent seasons, it will be a positive for many fans to see how Alex Oxlade-Chamberlain was leading the pack in his group.

In the other group, it looked like Gini Wijnaldum was giving Sadio Mane a run for his money – perhaps literally.

Liverpool are keen on organising a training match during their time in Austria and have held talks with RB Salzburg, who they played in the Champions League group stages last year.

One player who will be keen to take part is former Salzburg forward Takumi Minamino who looked focused during the day’s session.

There were some missing faces from the provided pictures today, including new signing Kostas Tsimikas and the goalkeepers.

See below for a full gallery from Austria…

See also  Harry wants to return to England ... with a film crew behind his back
Continue Reading

See also  Emotions! Helena Costa cries as she recalls the diagnosis of a lung tumor.