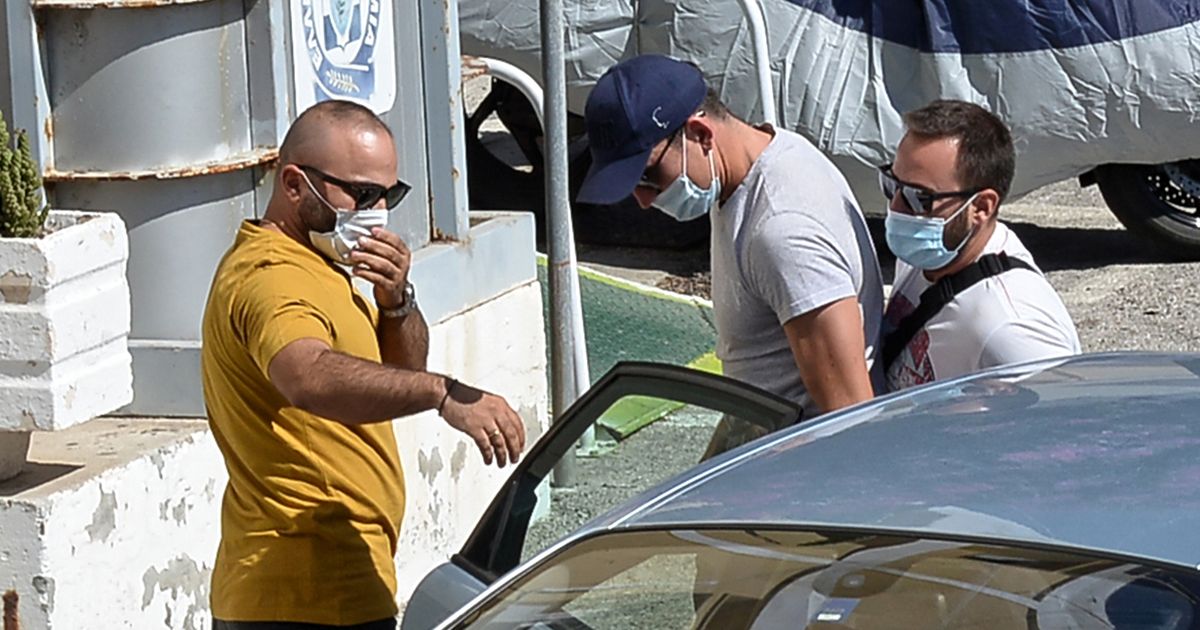 Manchester United captain Harry Maguire has been accused of being involved in TWO separate attacks on police officers in one night on the Greek island of Mykonos.

The £85million England international and two other men were held overnight in a police cell after the two separate incidents in the early hours of this morning.

Police say Maguire, 27, and the two other men, allegedly “turned against them, insulting and hitting a police officer with fists” in the town, before being driven to the holiday island’s police station where they resisted arrest and began “pushing and beating three police officers”.

Police have also now revealed that one of the three men is also accused of attempted bribery by trying “to offer money so that the trial against them would not be completed”.

But they have not said if that accusation is against Maguire, who has won 26 caps for his country, or one of the other men.

Police say they have prepared a file, which includes accusations of “disobedience, bodily harm, insult and attempted bribery of an employee”.

A prosecutor on the island of Syros is now set to decide if the trio will be charged with any of the alleged offences.

A police spokesperson said: “Three foreigners, aged 27, 28, and 29, were arrested today (August 21, 2020) in Mykonos by police officers of the Mykonos Police Department.

“In particular, in the early hours of this morning, patrolling police officers in the area of Mykonos intervened and normalized a dispute between citizens, however, three foreigners involved in the incident turned against them, insulting and hitting a police officer with fists.

See also  Shouldn't you trust? Four Signs of the Dark Side of Friendship

“The three foreigners were taken to the Mykonos Police Station, where upon their arrival they strongly resisted, pushing and beating three police officers.

“One of the detainees then tried to offer money so that the trial against them would not be completed.

“The arrested are taken to the Syros Prosecutor’s Office.”

Maguire’s lawyer, Konstantinos Darivas, has spoken to media in Greece and says the United centre-back denies the allegations.

“The process is ongoing. Maguire is in great condition.

“He denies the allegations and I am fully convinced that tomorrow he will be released without any charges.”

A statement from United on Friday confirmed they were aware of the allegations and had been in contact with the defender, stating he was “fully co-operating”.

Their statement read: “The club is aware of an alleged incident involving Harry Maguire in Mykonos last night.

“Contact has been made with Harry and he is fully co-operating with the Greek authorities.

“At this time we will be making no further comment.”

Sign up to the Mirror Football email here for the latest news and transfer gossip.

STA Travel: What does the company’s collapse mean for business and travellers?

See also  For Sandra Oh, being the main character on Grey's Anatomy was "traumatic."

See also  "The first week was not easy ..."
Continue Reading