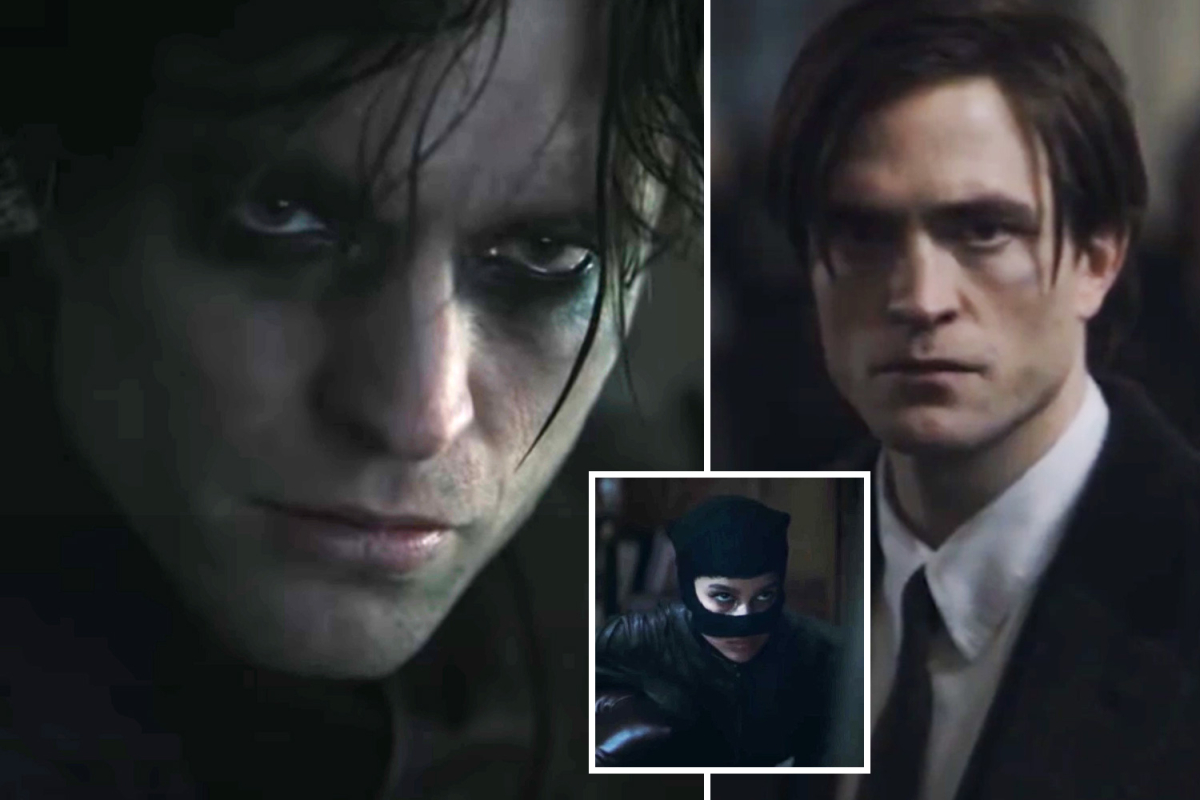 THE first trailer for The Batman has been released showing Robert Pattinson’s Dark Knight taking on foes Catwoman and The Riddler.

The actor will take over the role from Ben Affleck in the standalone movie after he dropped out of writing, directing and starring in it.

It is the first proper look at the new look Matt Reeves directed Batman universe and his foes.

He faces off against Zoe Kravitz’s Catwoman as he catches her in the middle of a crime.

The pair fight but end in a stand off whereas The Riddler’s (Paul Dano) thugs don’t fare as well as Bruce Wayne beats them to a pulp.

The trailer also gives fans a glimpse of Commissioner Gordon, played by Jeffrey Wright for the first time.

The trailer also featured our first look at the iconic Batmobile , which was seen shotting bright blue flames from its rear.

The movie is only a quarter completed after the pandemic shutdown production.

It is scheduled to resume filming in September with a 2021 release date.

Meanwhile it was also confirmed that both Ben Affleck and Michael Keaton will be making returns to play the caped crusader in the upcoming Flash movie.

Ben Affleck’s Batman will play a key part in the film.

“He’s a very substantial part of the emotional impact of the movie,” said director Andy Muschietti.

“The interaction and relationship between Barry and Affleck’s Wayne will bring an emotional level that we haven’t seen before.

“It’s Barry’s movie, it’s Barry’s story, but their characters are more related than we think.

“They both lost their mothers to murder, and that’s one of the emotional vessels of the movie. That’s where the Affleck Batman kicks in.”

The film will also explicitly confirm the multiverse, explaining the different Batman incarnations.

Muschietti added: “It’s inclusive in the sense that it is saying all that you’ve seen exists, and everything that you will see exists, in the same unified multiverse.”

Learn about electoral law mechanisms that improve the political process 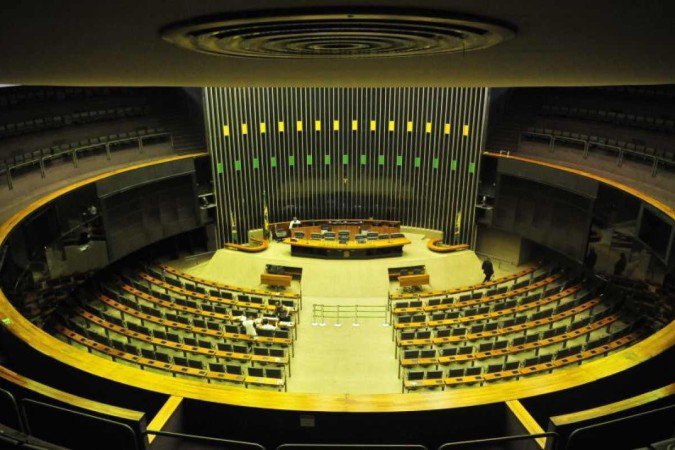 Elections to the Chamber of Deputies will determine much more than the list of Brazilians elected parliamentarians. It will also indicate which parties will have access to party and election funds, which will be eligible for free advertising space on radio and television, and which subtitles will take the lead in the National Congress.

To improve the selection of parliamentarians and the qualifications of parties, the electoral legislation has established a number of mechanisms. This list includes rules such as the restrictive clause, the formation of federations and coalitions, in addition to the electoral coefficient and the party coefficient.

The barrier clause is important to avoid the appearance of rental subtitles or subtitles without ideological and programmatic identity. This is an incentive to build stronger parties, which experts say makes it easier for voters to identify the policies and ideologies that candidates stand for.

Another positive aspect of the barrier clause, or productivity, is the greater ability of governments to negotiate agreements with parliamentary blocs.

Understanding the mechanism of proportional elections, which determines the deputies who will be elected, is not a trivial task. But, in a simplistic way, we can say that this type of election guarantees that all the votes counted will be taken into account, if not the election of the chosen candidate, then the party will form a large bench.

The calculation that determines the number of votes required for an election is the electoral coefficient. The number of seats each party will be entitled to will depend on the party coefficient.

understand how it works

The regulation, effective in 2022, establishes a minimum performance – a minimum number of votes.
for each party – for subtitles to have access to congressional leadership, campaigning and
party fund money.

To pass the point, a party must elect at least 11 federal deputies in at least 9 states (or DF).

Another way to get around the clause is when the legend has at least
2% of valid votes nationwide. In addition, the party must receive at least 1% of valid votes in at least nine constituent entities of the Federation.

In terms of votes, this means, roughly speaking, that each party would need 2.4 million votes to overcome the barrier clause. This number takes into account 20% abstentions and 5% blank and zero votes, the averages recorded in the last election.

The efficiency clause aims to consolidate the representation of the Brazilian party, which currently has 23 parties in the Chamber of Deputies. In the next election, parties will need to increase the number of votes in order to comply with the rule. In 2026, it will be necessary to reach the figure of 2.5% or 13 congressmen, in 2030 3% or 15 federal deputies.

This year, for the first time, parties were able to form federations. This is an alternative to coalitions banned since 2017 in proportional disputes. For most positions – mayor,
governor, senator and president of the republic – the parties can still form a coalition.

Approved in 2021, the federation is an alliance of two or more parties acting as one, with a common charter and program, registered with the TSE. The federation must exist for at least four years.

During this period, the parties must act together throughout the country, in unified action.
also in the National Congress. Unlike former coalitions, federations cannot be
closed shortly after the election. While parties retain operational and financial autonomy, the obligation to stand as a bloc in Congress or the next municipal elections represents a major change in model.

The electoral quotient is obtained by dividing the total number of valid votes in the election of a deputy of the federation by the number of seats to which each unit of the federation is entitled in the Chamber of Deputies. The same formula applies to state meetings.

For example, if a state is entitled to 10 seats in the House of Deputies, and the actual votes for a federal deputy were 1 million, each federal seat will be filled by a factor of 100,000 votes.

The party coefficient determines the number of seats each party or federation will be entitled to in parliament.
Chamber of Deputies or in state assemblies. To get this number, all the votes of candidates from the party, federation or legend are added up. It is then divided by the selective coefficient. For example, if a party received 150,000 votes with an electoral coefficient of 100,000 votes, then the party coefficient would be 1.5 (150/100). That is, the party elects its most voted deputy. The remaining 50,000 votes may or may not guarantee second place.

Under the rules in force for 2022, all candidates must receive at least 10% of the electoral coefficient. 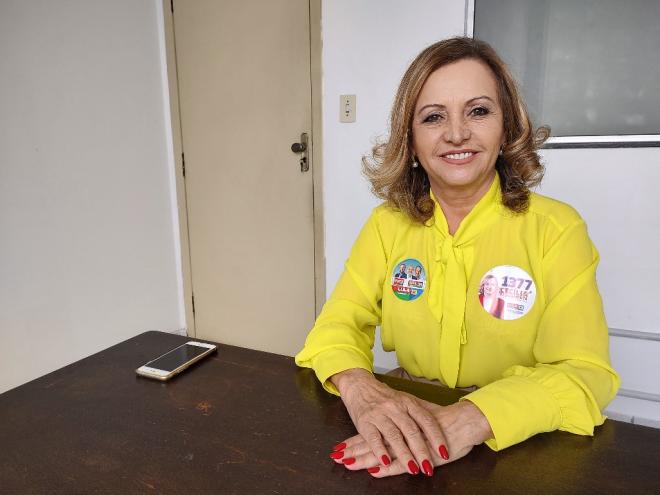 She adds that Vale do Aço is important and makes an economic contribution to the state and the country.

Former state MP, former mayor and current councilor of Ipatinga Cecilia Ferramenta (Portugal) will run for the Federal Chamber. The federal candidate spoke to Diário do Aço this weekend and revealed his motives for this election.

According to the candidate, since she knows Vale do Aço and especially Ipatinga, she is aware of its problems and the need for the region to be a protagonist in the political space. “Since Vale do Aço hasn’t played a leading role lately, we need politicians who like it here and who know what issues to defend and represent the region,” he says.

She adds that Vale do Aço is important and makes an economic contribution to the state and the country. “But some things are missing, for example, it is unacceptable that there is no federal university in Vale do Aço. For me, this is fundamental, and this is what we did during our tenure as mayor. One of the first things I did was to look for the Federal Institute, and we managed to implement it. At the same time, we started working on the university issue. We even managed to get a publication from the government of Dilma (Roussef) to build a cutting-edge campus for UFOP,” he recalls.

At that time, the land was donated, but as Cecilia recalls, Dilma lost her mandate and the resource was lost. “We need to be there (as a deputy) in order to move forward with the Federal Institute, which the deputies visit, promise and do not give. I’m from here, I’ll fight to bring resources here. And it depends on the deputy who is from here, but this is not enough, he must know how to do it, and I know how to do it,” he says.

Relevance
Asked about the importance of being elected as an MP and having a president from the same party besides a senator (Alexandre Silveira, PSD), Cecilia classifies this as fundamental. “This is very important, this union decides everything. We have much more than education, regional healthcare is a problem, Ipatinga has (medical) divisions, but this is not enough. We need to discuss at the regional level, we need to discuss regional health care and place a regional hospital here, which is necessary to provide better care to the entire Vale do Aço region,” he notes.

Development
As for improvements, Cecilia Ferramenta believes that it is necessary to work on logistics and infrastructure, roads and railways. “And in this sense, I am sure that the election of Lula and Alexander Silveira will be beneficial, because we are united. Good times are ahead, I really believe in it,” he foresees.

protection for women
The candidate also mentions that her concerns about anti-women laws are recent and that she was an MP when the María da Peña Law was passed. “We need to strengthen these laws, strengthen the network to protect women. We need to discuss femicide, and not only its consequences, but also a cultural issue, and from an early age. I am the president of Escola do Legislativo and we are working on competitions in schools doing this work by introducing children to the María da Peña Law so that children can take responsibility for this law, as well as the Children and Adolescents Statute and the Law. Federal Constitution,” he concludes.

Found a bug or want to suggest an update? Talk to the editor: [email protected] 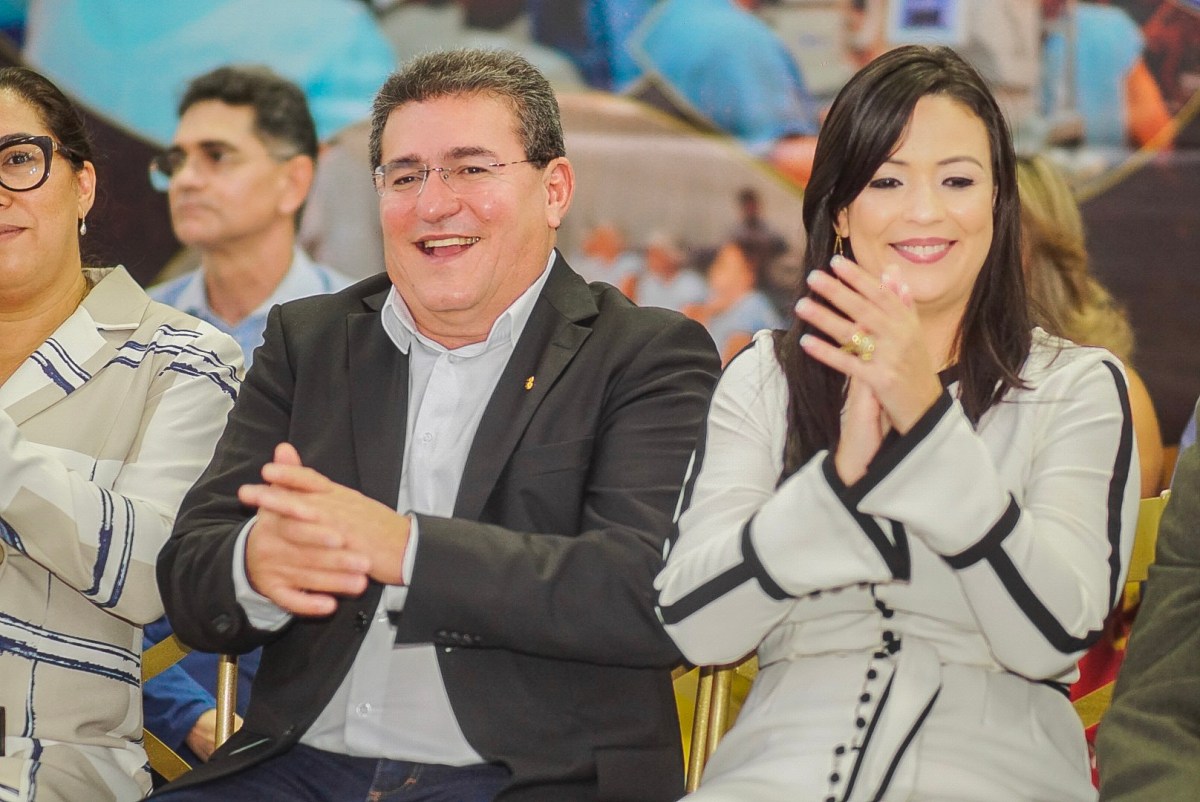 Just eight days before the election, tensions are rising between groups led by Serra Taglia mayor Marcia Conrado and former mayor Luciano Duque. Marcia made a moral commitment to ensure the victory of the PSB candidate Danilo Cabral in the Serra Tagliad and, therefore, to win a lot of votes for her ally, MP Fernando Monteiro.

In fact, the task is not an easy one. In the Instituto Imape/Farol poll, Cabral got 12.7% and Marilia Arraes, backed by Luciano Duque and Sebastian Oliveira, got 37.4%.

Among the issues with the denial is Danilo’s vote to impeach former President Dilma Rousseff. Many have not forgotten. Especially the historical members of the PT, who hold positions in the municipal government, but do not accompany the mayor in a “red-yellow” euphoria. Fernando Monteiro is another problem for Marcia, in the same poll he has half the intentions to vote the candidate Valdemar Oliveira, brother of MP Sebastian Oliveira (read here).

Despite the “blows” from people associated with Marcia who took advantage of her government and now support “alien” candidates, Luciano Duque’s position seems more comfortable, but no less tense. The former mayor should have a “super vote” in Serra Talhada, but it is not yet known how the “infidels” associated with the mayor acted, who can, yes; “sabotages” part of the former mayor’s plans. Snooker is like this: what will the Marcia/Duke relationship be like after the election. Place your bets.