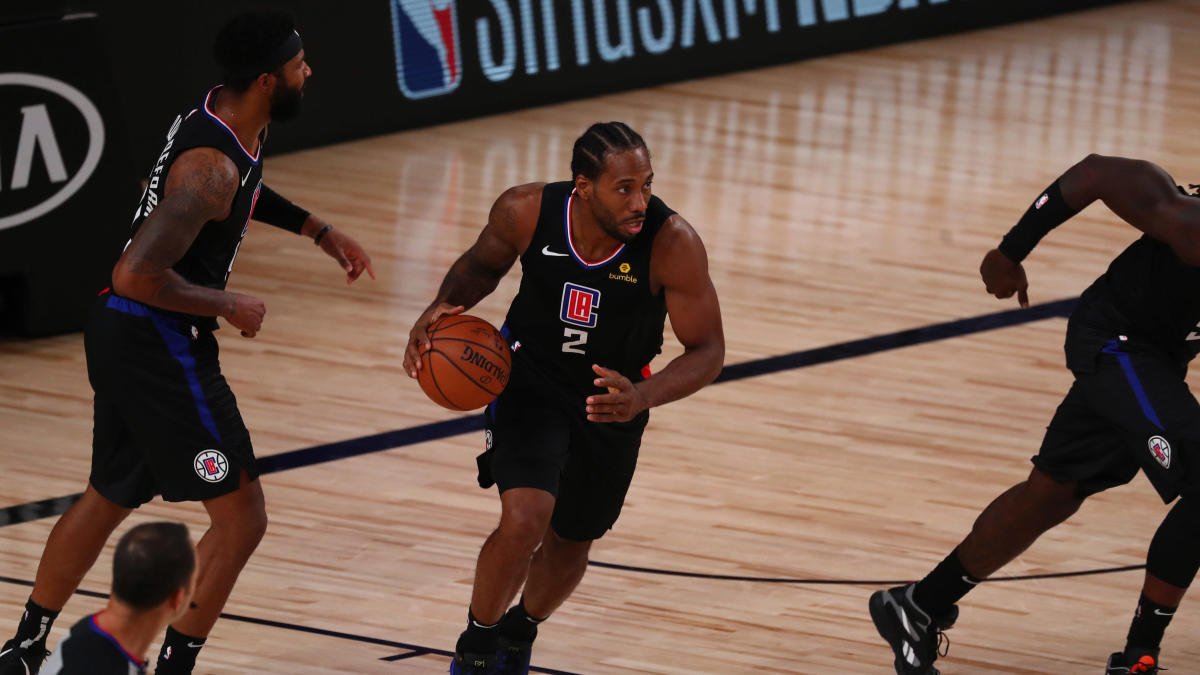 The Dallas Mavericks may not have won their playoff debut against the heavily-favored Los Angeles Clippers, but they acquitted themselves quite well in the near upset. Despite the controversial ejection of Kristaps Porzingis in the third quarter and an early injury to Luka Doncic, Dallas held a double-digit lead at one point and kept the game competitive all the way through the fourth quarter. Still, the Clippers pulled through in the end, 118-110, thanks to their superior depth and an incredible night from their superstars. Kawhi Leonard and Paul George combined for 56 Clippers points.

But if any player stood out tonight, it was Luka. The Mavericks’ sophomore set the record for most points in a playoff debut with 42 on 13-of-21 shooting, and the Mavericks needed every one of them. They scored only 46 points in nearly a half after Porzingis was ejected. The Mavericks needed Doncic to be a superstar tonight, and he more than came through. With Porzingis coming back for Game 2, Dallas has to feel good about its chances against the Clippers in the rest of the series.

1. Maybe this isn’t such a bad matchup for Luka after all?

Confirmation bias is a dangerous thing. We came into the year assuming that Leonard and George would swallow bigger wings like Doncic defensively, and when they held Luka to only 4-of-14 shooting in their first matchup of the season, that confirmed that assumption. It was the answer we expected, so we never looked into it further. But in Doncic’s next two matchups with the Clippers, Doncic averaged 32.5 points on strong shooting numbers. The basketball world ignored it. The case had already been closed.

And now we need to reopen it. The Clippers threw the kitchen sink at Luka. Leonard, George and Patrick Beverley all took turns on him. As concerning as the 11 turnovers were, his performance with Porzingis out can’t be viewed as anything less than a total victory. If you can score 42 points on the Clippers, you can score 42 points on anybody. He won’t shoot 13-of-21 from the field every night, but he won’t need to. Dallas will shoot better as this series progresses. Porzingis is a real mismatch for the Clippers. The only real concern for the Mavericks offensively entering this series was how their maestro would fare against the best collection of wing defenders on Earth. He passed the test. They may not be able to get any stops in this series, but Dallas will be able to score. Their supposed matchup problems aren’t nearly as serious as we expected.

The Clippers can live with Montrezl Harrell scoring only six points. They can’t live with him playing 15 mostly lifeless minutes. Harrell is their sparkplug. His energy is infectious and the driver of most of their bench success. He may not start games, but he’s going to finish them when it counts. The Lakers have no trouble with Ivica Zubac and JaMychal Green. Harrell is going to be a 30-minute player in the biggest games of the postseason.

Nobody expected him to be perfectly conditioned in the playoff opener. This is going to be a competitive series, so the Clippers will have game time to get him up to speed. But it should be clear at this point that they aren’t at 100 percent yet. They won’t be until Harrell is properly conditioned for postseason basketball. If he isn’t in time for their likely Western Conference Finals battle with the Lakers, the Clippers will be in serious trouble.

3. Playoff P finally living up to the name

Most of Paul George’s dubious playoff reputation is unfair. His shooting dips slightly, but his overall performance has generally been in line with what he’s done in the regular season. But when you give yourself the “Playoff P” nickname, the bar rises. George hasn’t won a series since 2014. His fourth quarters in that span have largely gone badly. George shot 28.6 percent from the field in clutch minutes against Utah in the 2018 playoffs. That was an improvement on his 20 percent showing against Cleveland in 2017.

First-round Game 1s aren’t going to quiet all of the skeptics, but George was essential in the fourth quarter of this one. He made four of his six shot attempts in the final frame, including the 3-point dagger with 42.6 seconds remaining to put the game away. Anything less than a championship will be a disappointment for George, but hey, it never hurts to pad your resume a bit earlier in the postseason.

See also  World Cup 2022: Portugal will play in the fourth round of the playoffs in their history
Continue Reading